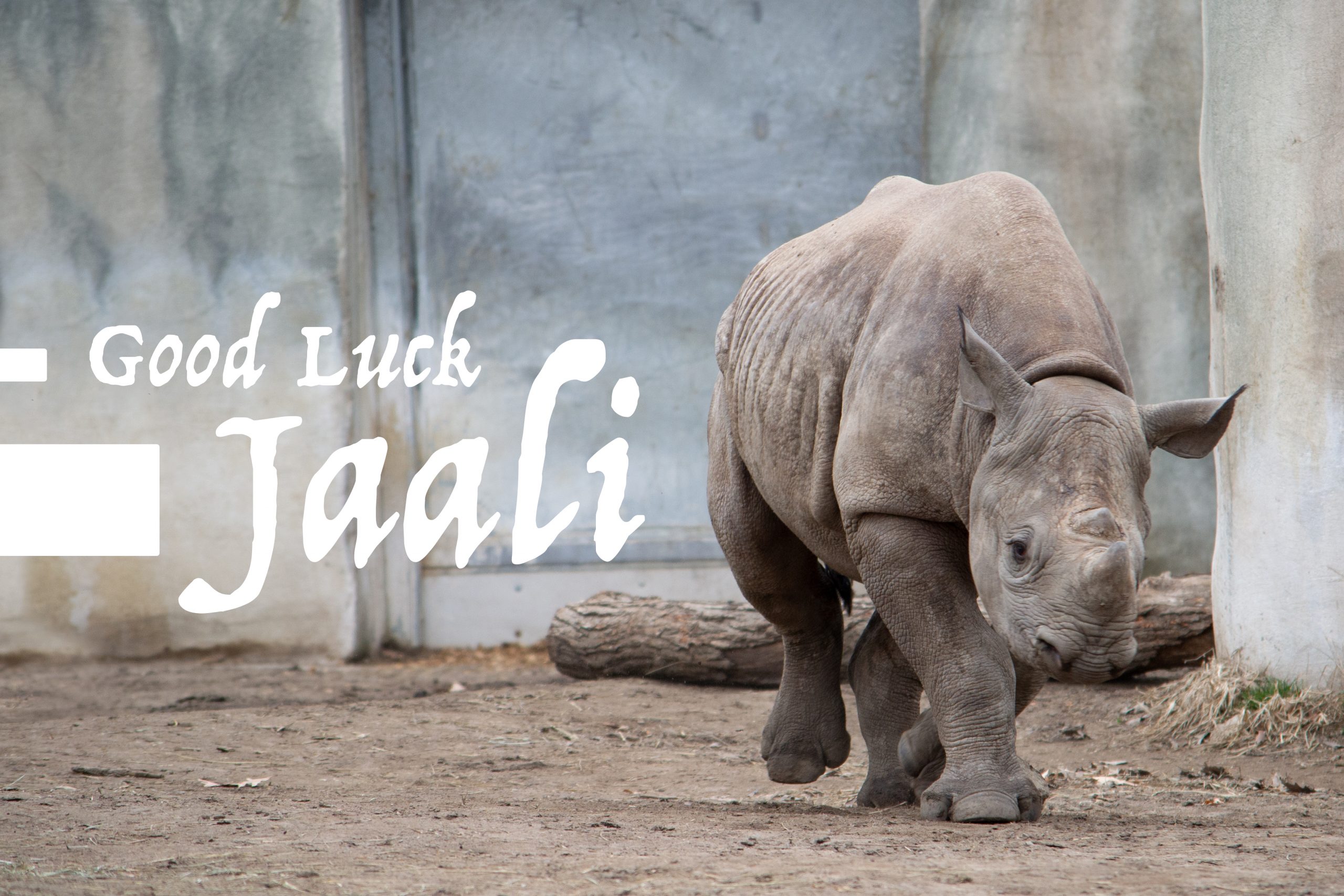 Jaali, the first black rhino calf in Potter Park’s 100-year history, will be heading to a new home this fall. The Association of Zoos and Aquariums (AZA) black rhino Species Survival Program (SSP) has announced that Jaali will be paired with a young female for breeding at his new facility. 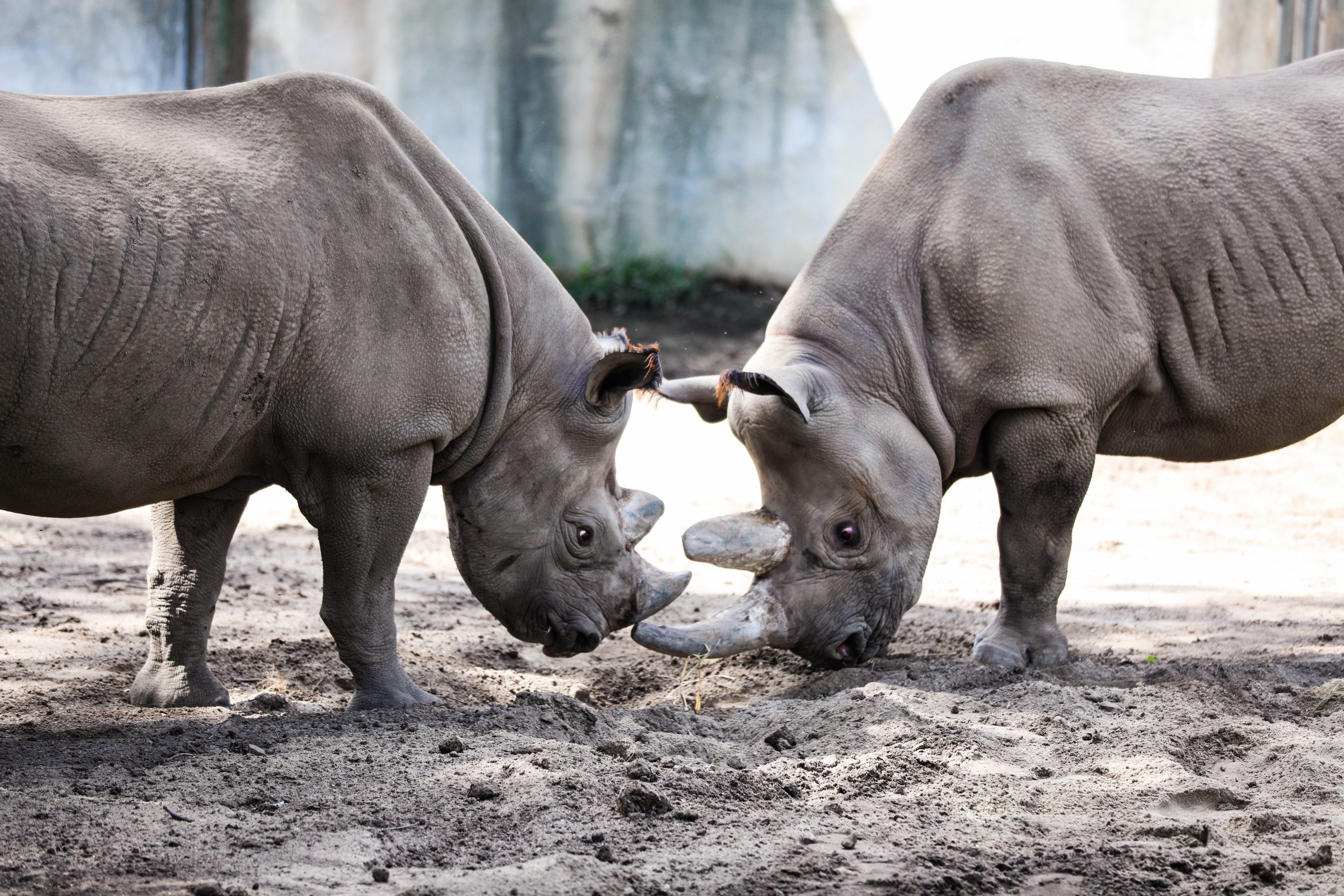 Jaali’s mother Doppsee and father Phineus met in October 2017 after a breeding recommendation from the SSP. The introduction was a success, and the two would breed multiple times over the following year. Doppsee was monitored closely by veterinary staff, and a pregnancy was confirmed in spring of 2019. From inception to birth, Jaali’s success was owed to years of preparation and collaboration with rhino and veterinary experts from around the country, and his transition to a new facility is only a continuation of his success story.

“Jaali was a joy to work with, and it’s been a privilege watching him learn and grow”, said Hoofstock Area Lead Zookeeper Kim Hernandez. “Though we’ll all miss him greatly, we’re excited to see him off on his next adventure – we will enjoy this last summer with him!” 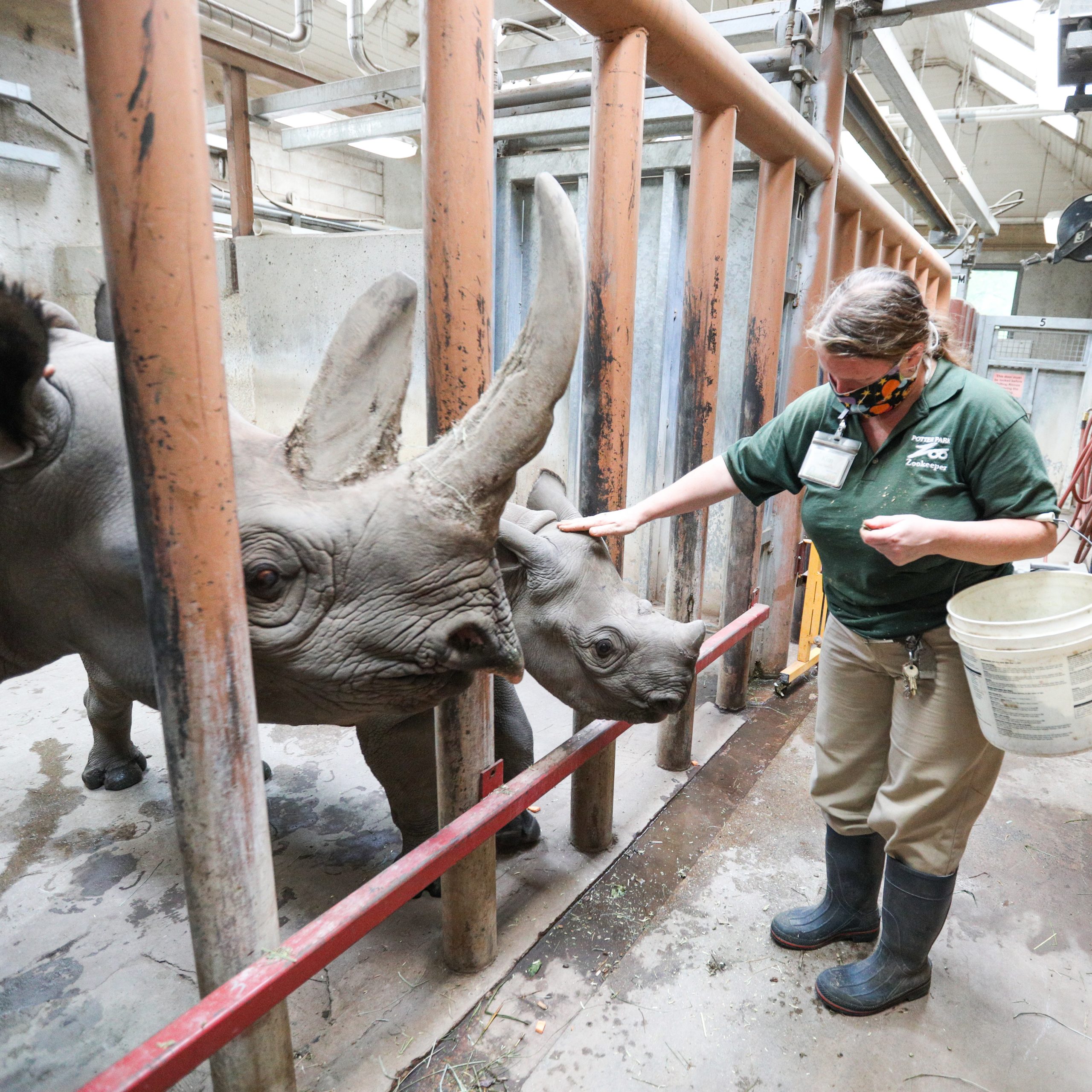 In addition to Jaali’s breeding recommendation, the SSP has announced that Doppsee and Phineus are ready to try for a second calf. Potter Park Zoo staff have already begun monitoring Doppsee’s estrus cycles so she can be introduced to Phineus at her most fertile and receptive time.  Black rhinos cycle monthly and the plan is to introduce them later this summer. Animal Care Supervisor Pat Fountain commented on the significance of another breeding recommendation:

“With critically endangered species like the black rhino, every breeding opportunity is significant, and every successful birth is an achievement. We’ve learned a lot from Jaali, and our staff are ready to continue our black rhino breeding program.

In the years since his birth, Jaali has gained fans from around the world and brought the plight of his species to an ever-larger audience. “The reception to Jaali has been overwhelmingly positive, and we are thankful so many people were able to follow and connect with his story.” said Zoo Director Cindy Wagner. “Each of those who donated, shared, or engaged with Jaali’s story played a part in his success, and we are grateful to have such a supportive community.” 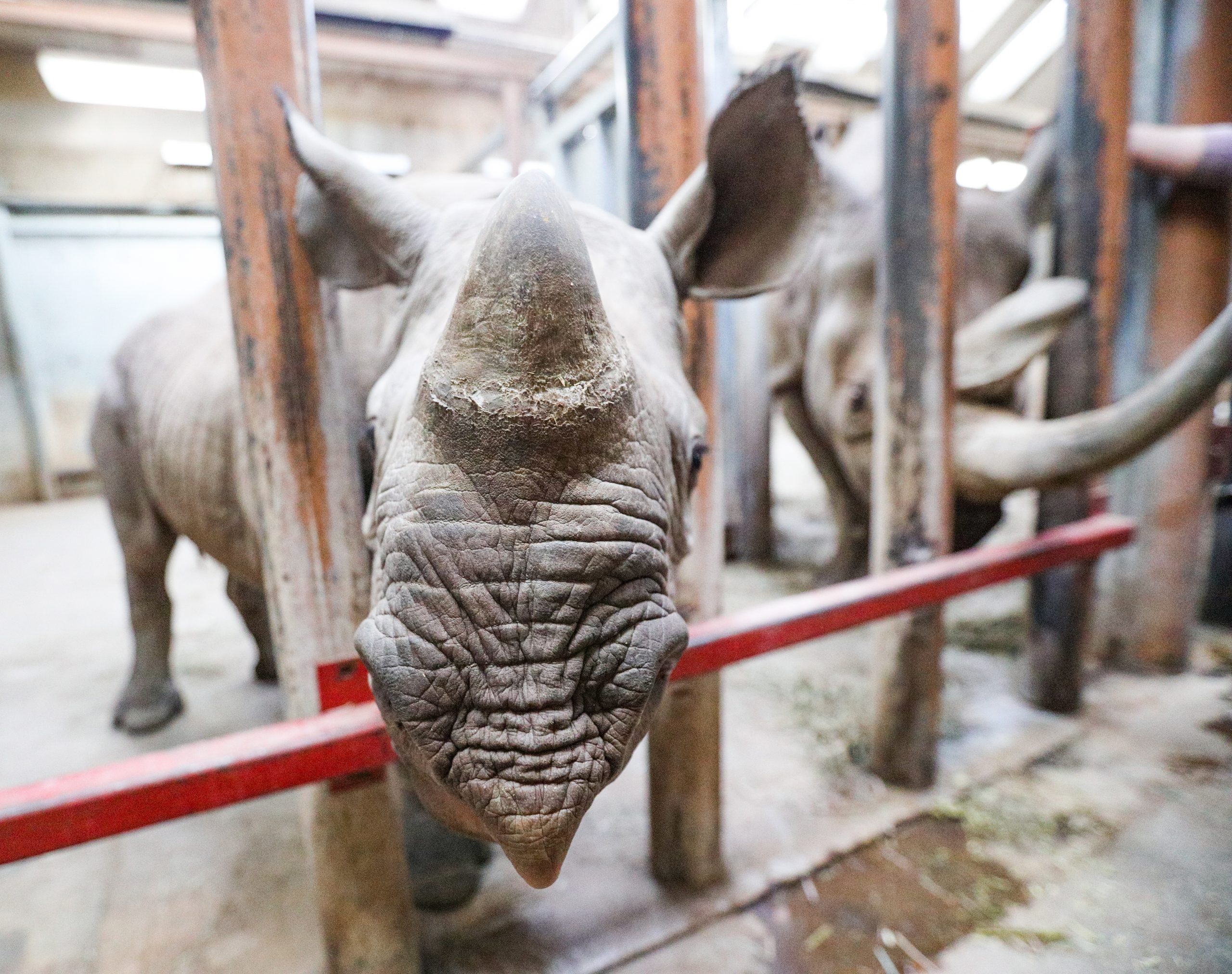 Jaali’s birth was not only a landmark for Potter Park, but a victory for this endangered species and its uncertain future.  According to the International Union for Conservation of Nature and Natural Resources (IUCN) there are only 5,000 black rhinos remaining in the wild, and only about 60 at AZA-accredited zoos in the United States. With wild rhino populations declining rapidly it is imperative that captive populations remain as diverse and sustainable as possible. Jaali’s transfer represents a small but significant step towards this goal and, with luck, he will carry this mission forward with calves of his own. We’ll be watching proudly as he continues to thrive, educate, and inspire at his new facility.

Watch for more updates soon about Jaali’s destination and future breeding partner. In the meantime, take the opportunity to visit him before he leaves this fall. The zoo is open every day from 9 a.m. – 5 p.m.