Eagle owls look very much like their great horned cousins, but are much larger birds. They have prominent ear tufts that are usually not raised upright.  Eagle owls have mottled brownish feathers, and a streaked breast.  Like most owls and raptors, there are no color differences between the sexes. The eagle owl has very large eyes that are a vivid orange in color.

Eagle owls have a large repertoire of hoots, growls, chirps, clicks and beak-clacks they use to communicate moods and needs.  Silent and deadly hunters, the eagle owl swoops down upon its prey from above.  Owlets leave the nest before fledging and are called “branchers”. They climb around on tree branches until their wings are sufficiently feathered for flight.

Three eagle owls live here at Potter Park Zoo. Two are on exhibit at the zoo, and Oslo is a fantastic education animal who has inspired thousands of people.

Females are the larger sex, and can be around 2.5 feet in length with a 6-7 foot wingspan!

In the wild, up to 20 years, but in captivity the eagle owl may live up to 60 years! 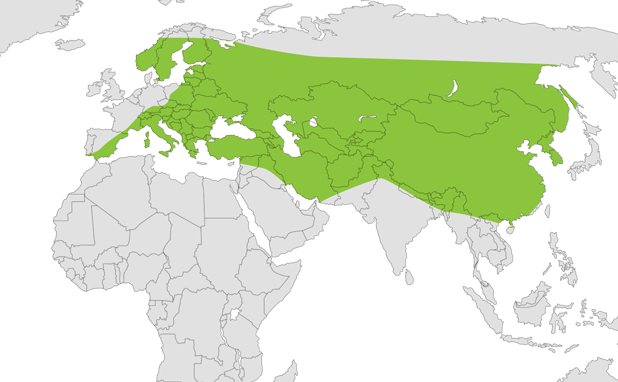 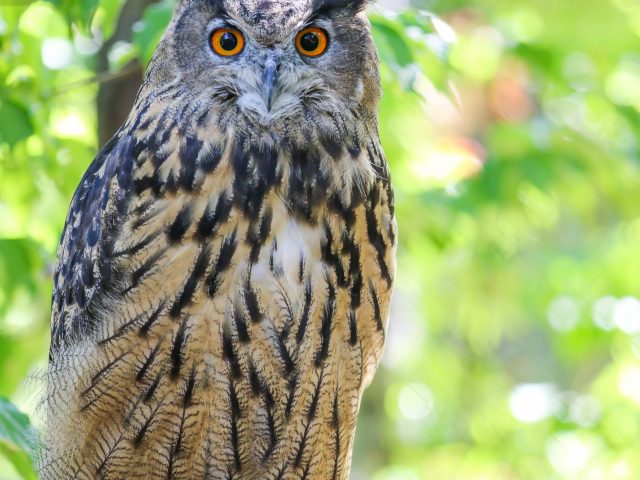 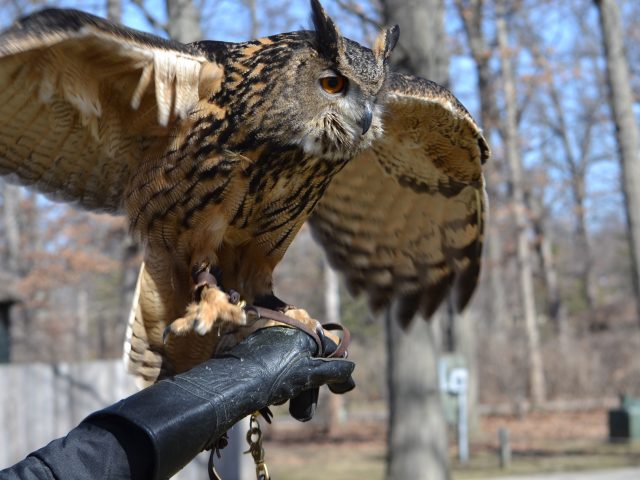 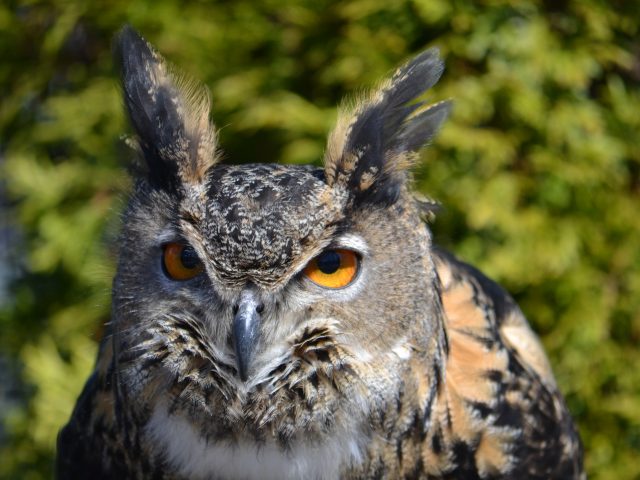 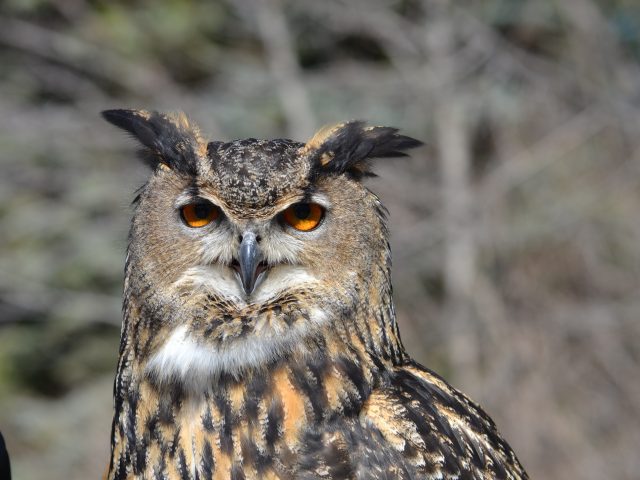