Elk are dark brown in the winter and lighten to tan in the summer. They have a distinctive buff-colored rump. Head, neck, belly, and legs are darker in color. Only males have antlers, which are grown and shed yearly.

During breeding season dominant males maintain harems which they defend from other males. An average herd is 1 bull, 6 females and their yearling offspring. Males advertise their status to other bulls and attract females by bugling. They may fight to determine dominance.

Outside the breeding season, females may group together. Males may form bachelor herds. Elk are crepuscular in their feeding habits.

Breeding occurs in September-October in North America. Gestation is around 247 days (8 months) with simultaneous calving occurring in May – June. Females usually have one calf. The offspring reach maturity at 1.5-2.5 years. Young bulls may not breed for their first few seasons as only the dominant bulls breed.

In most of the U.S. and Canada, hunting of elk is very controlled. The greatest threat to this species is a human infringement on habitat. Some subspecies have issues with inbreeding and loss of genetic variation if there is no gene flow with other populations due to habitat fragmentation. Some Asian populations are more at risk of exploitation for the traditional medicine market.

Sage, Belle, and Emmett arrived to Potter Park Zoo in 2020. Sage and Belle each gave birth to a calf in early summer of 2020 (a male and female). 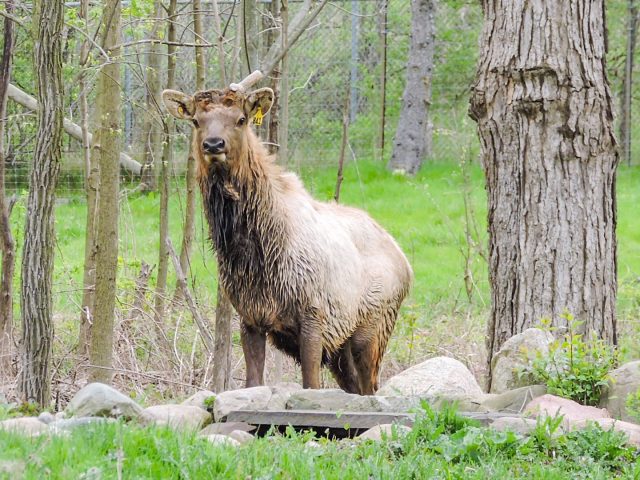 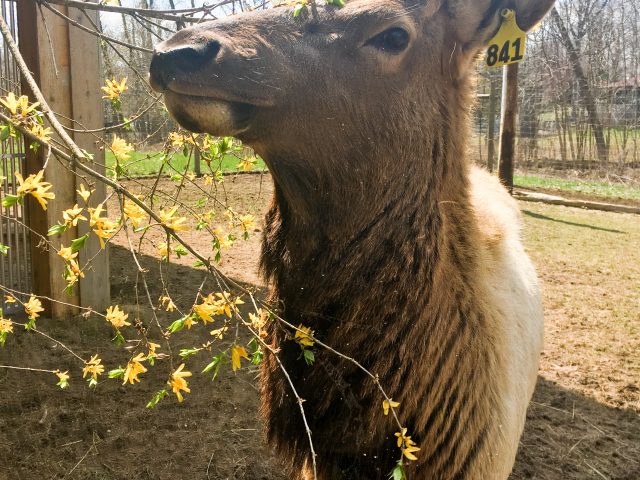 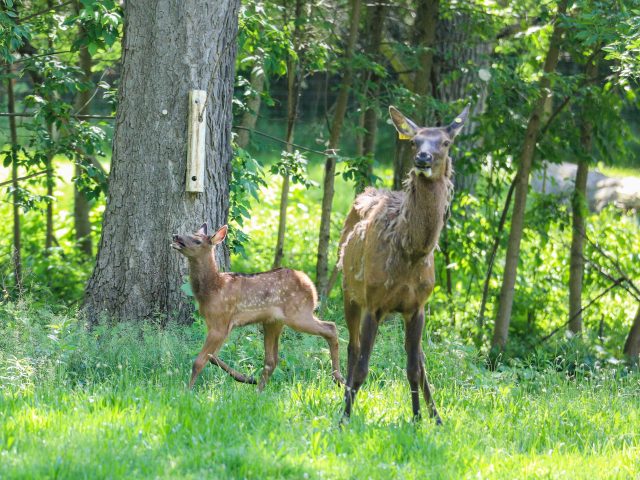 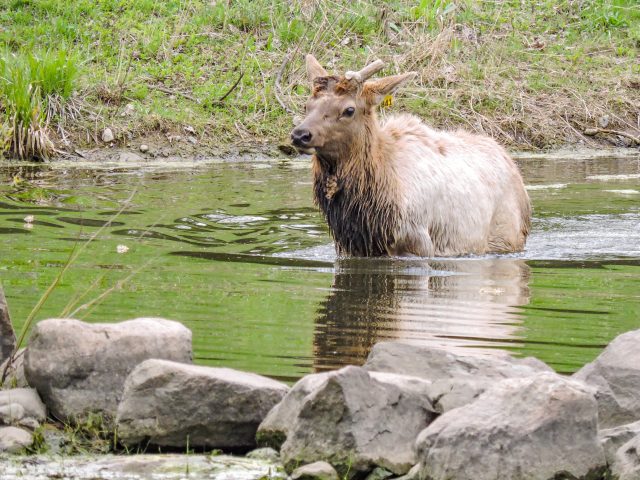 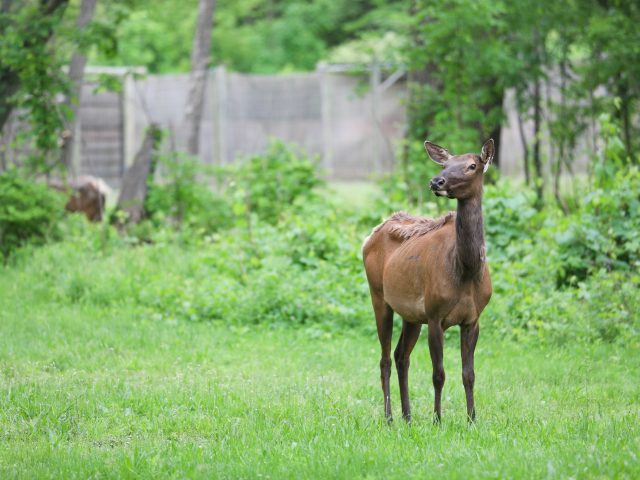 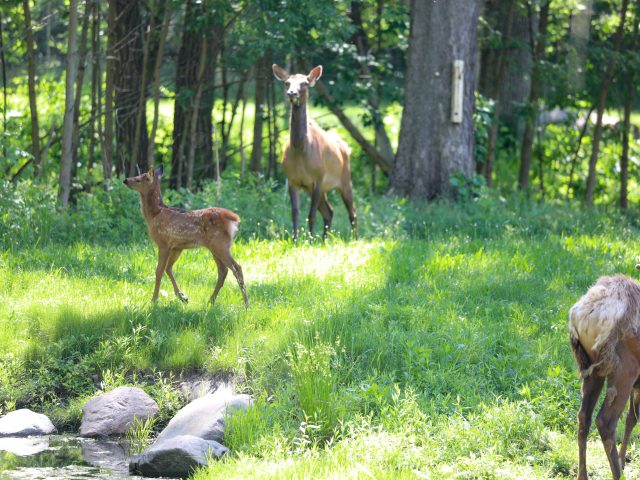 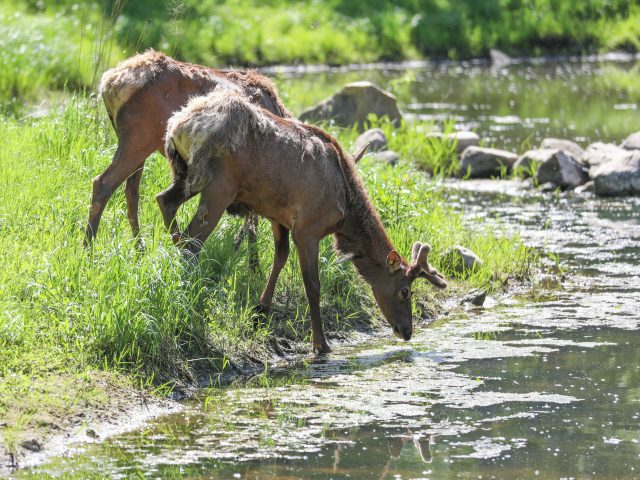 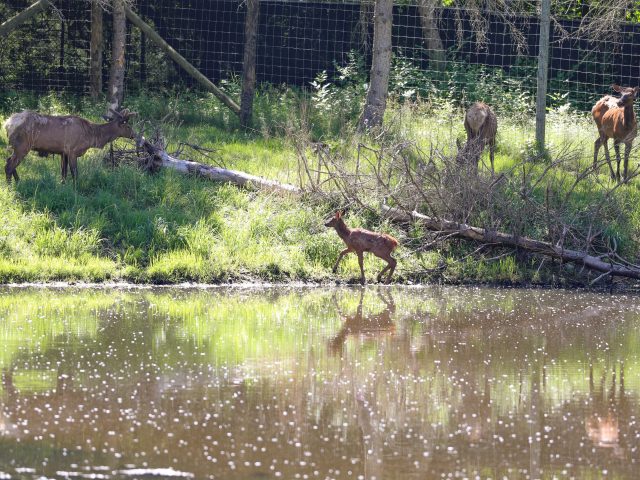