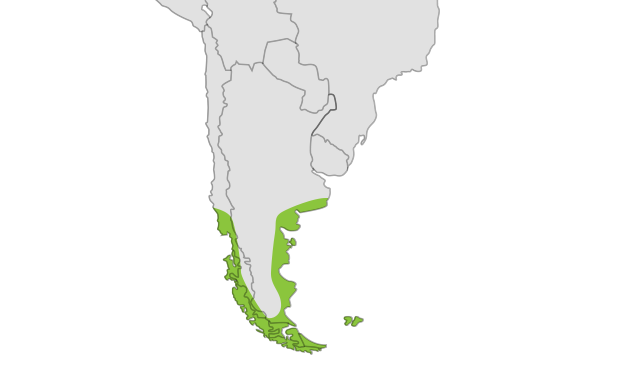 Magellanic penguins are medium-sized in regard to other penguins, with the males being larger than the females.  Adults have black backs and white stomachs, like the classic tuxedo pattern.   There are two black bands between the head and the breast, with the lower band being in an inverted horseshoe shape. Chicks and juveniles are grey-blue on their backs, with a more faded grey-blue color on their chest.

Magellanic Penguins live in an active community with many other animals, like sea lions, king cormorant, Patagonian foxes, elephant and leopard seals, southern right whales and other penguin species, including Gentoo and rockhopper.

While penguins use sound to interact with each other, they often communicate through their body language. An example of this is something called an ecstatic display used by males to warn others to stay away during mating rituals. This involves a male penguin standing upright, pumping his chest and pointing his bill and highly stretched neck in the air, moving his flippers up and down and making loud calls. Another is bowing. Penguins use this behavior to reduce aggression and strengthen recognition between partners. A penguin (or both penguins) will dip its head and point its bill at the nest or at the other bird’s bill, then emit a low hiss or growl.

Breeding and Caring for Young

Magellanic penguins breed once a year and lay 2 eggs. The parents alternate between foraging for food and incubating the eggs until they hatch. Both parents care for the chicks until they are fully feathered and can venture into the ocean.

While both chicks may survive, when food is scarce parents may focus all their efforts on just one.

Penguins in many places are threatened by human activities in the waters and lands where they swim, nest and search for food.

Making a difference for the penguins!

Zoos and aquariums, along with conservation groups, are working with local communities and governments to:

Megellanic penguins weigh anywhere from 7 to 10 pounds, and stand 23 to 27” tall. 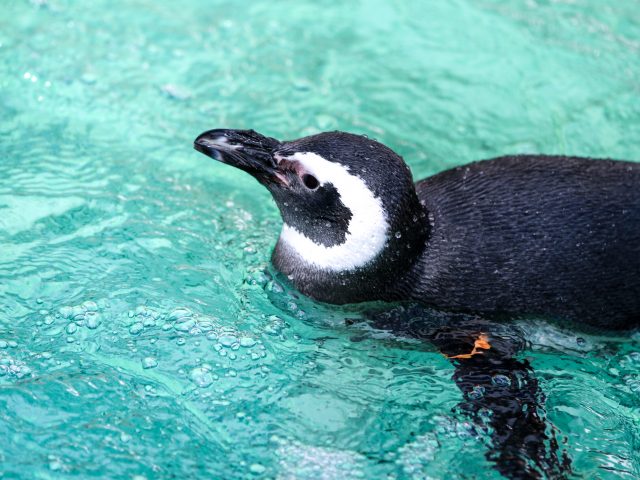 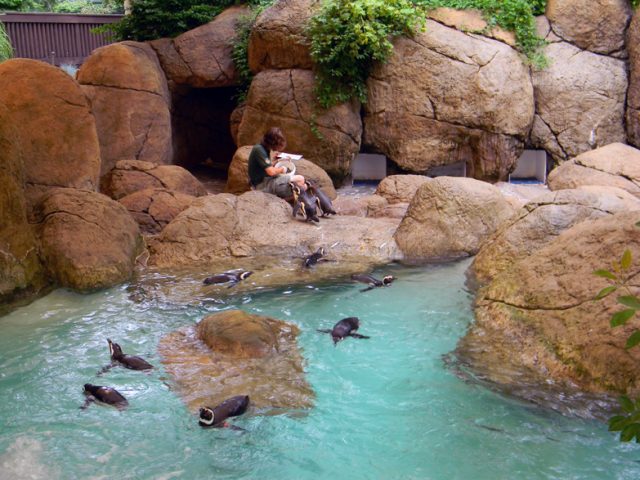 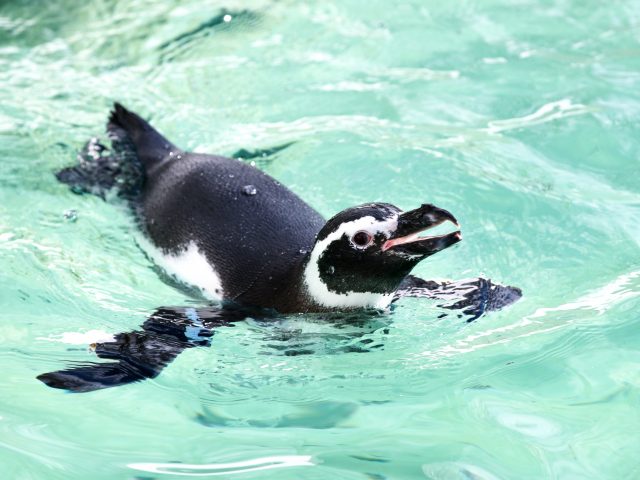 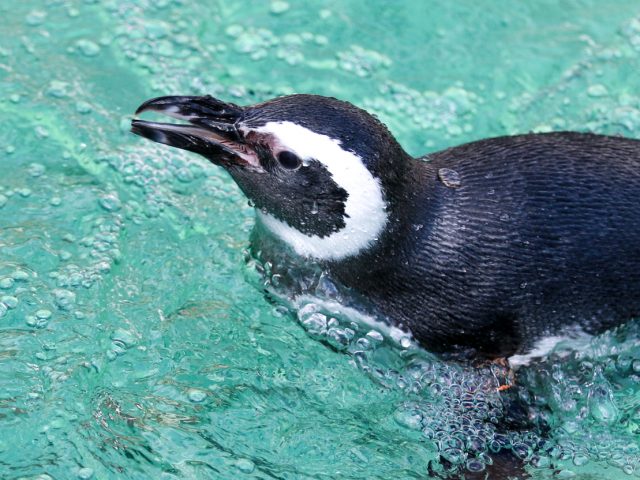 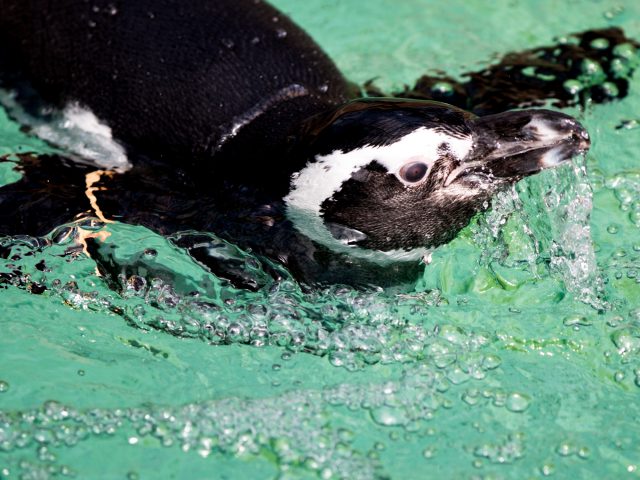 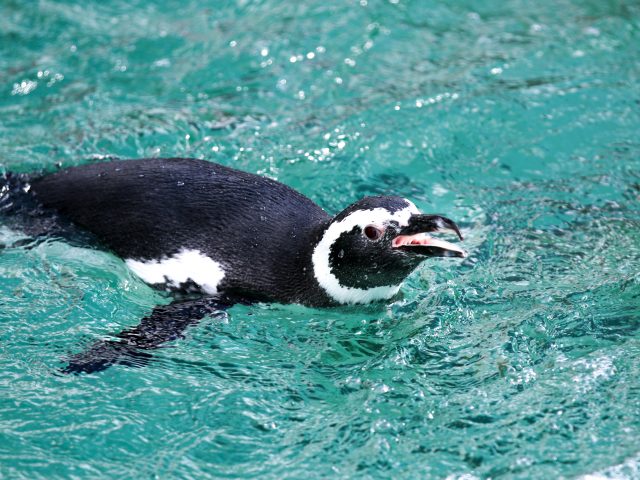