The black rhinoceros is best known for its two horns protruding from the skull, which are made of keratin. They have thick skin which protects them from the sharp grasses and thorns found in the African savannah. A black rhino’s upper lip is prehensile, and is used to grasp leaves and twigs when eating. Due to poor eyesight they rely on their senses of smell and hearing to navigate their environment. Those big ears have a wide range of rotation which helps them detect sounds. Black rhinos are not actually black, as their name may indicate, but are gray. Their skin color may vary due to local soil conditions and wallowing behavior.

Black rhinos are solitary animals, only coming together to mate. If food and water are readily available they may have a smaller home range than when those items are scarce. They may also tolerate the presence of other rhinos. When threatened the black rhino can be extremely aggressive and their signature method of attack is to charge. Because of their poor eyesight this can happen quite quickly and frequently. 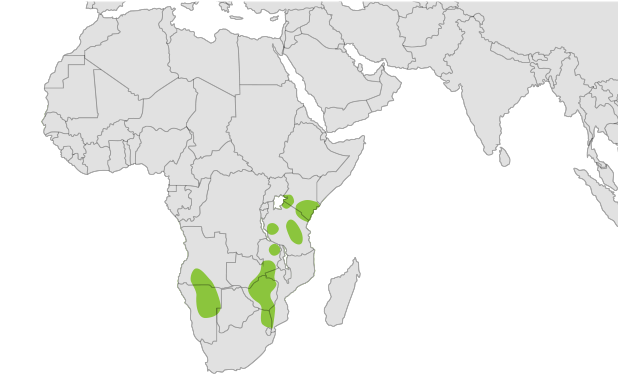 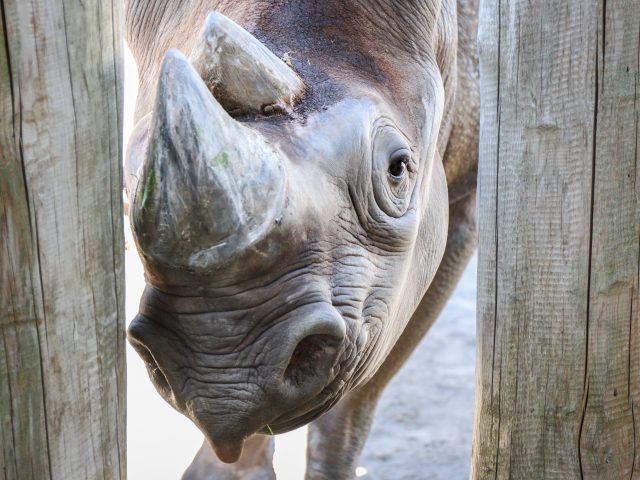 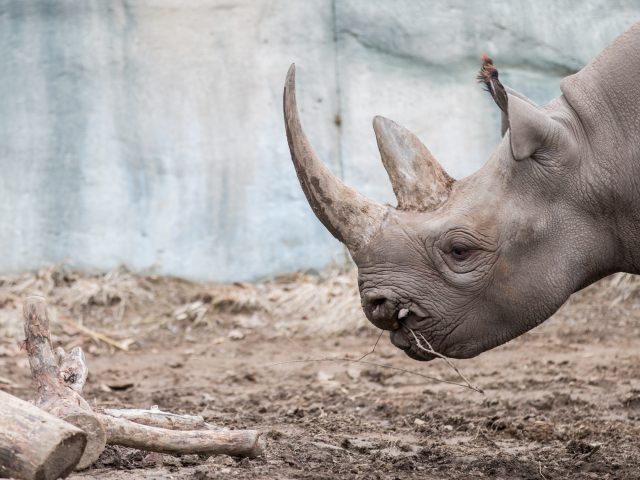 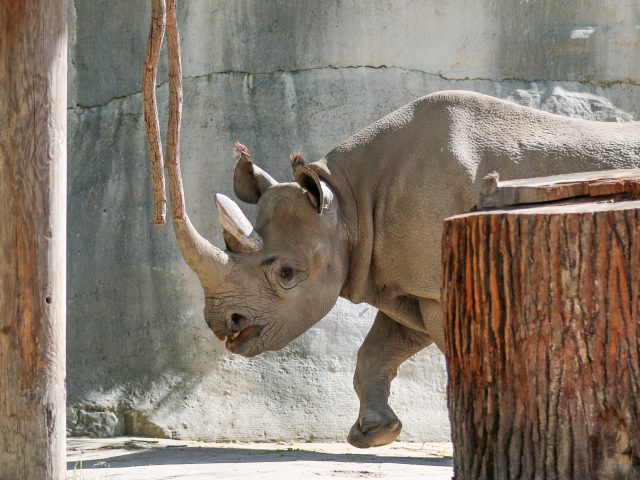 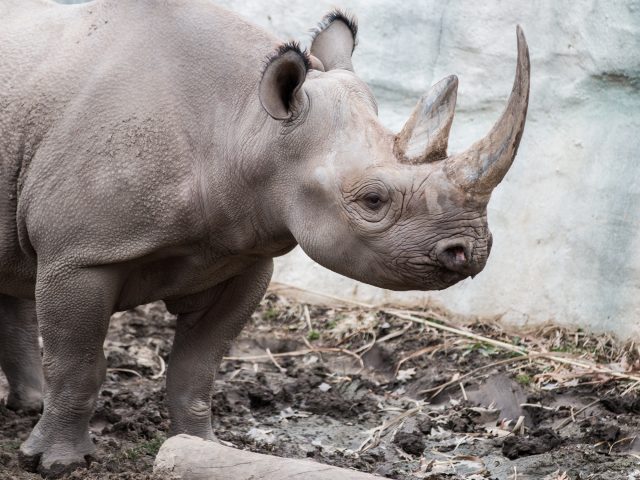 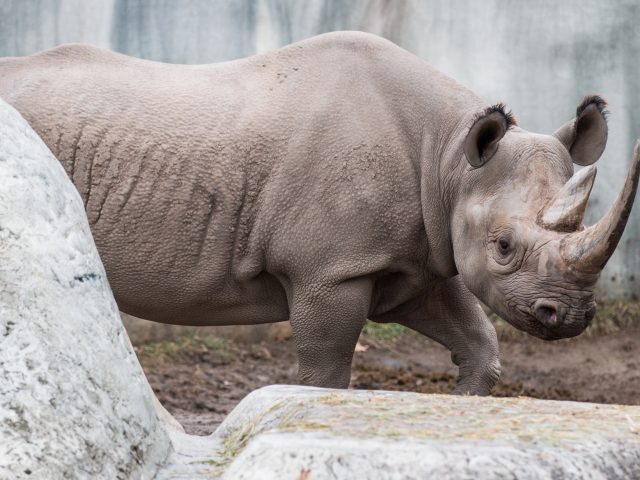 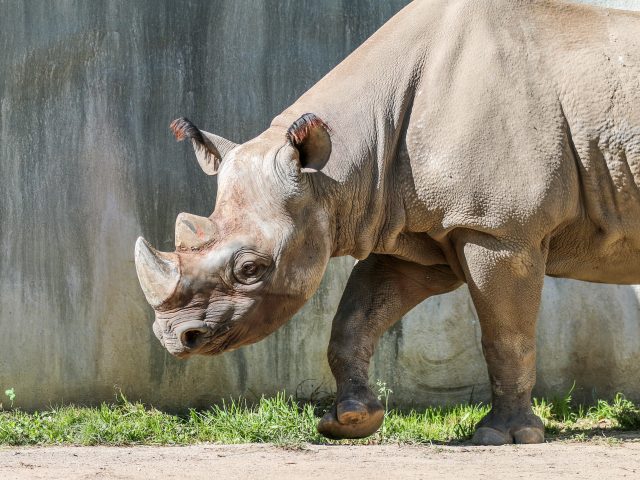 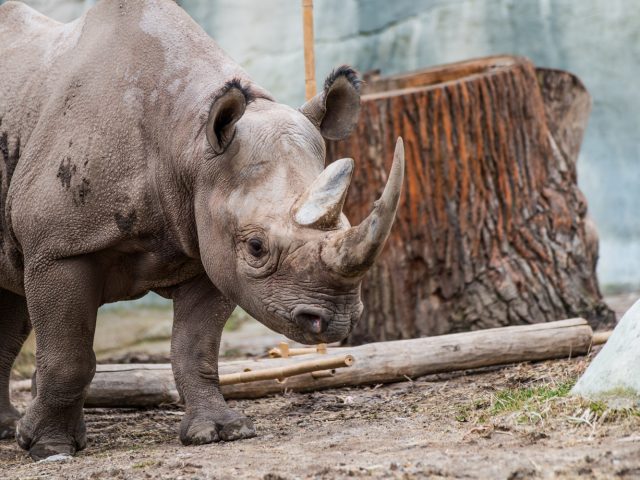