The lion is the tallest (to the shoulder) of the felines, and like other cats, lions have excellent senses. The body of a lion is marked by powerful legs, a strong jaw, and canine teeth over 3 inches long!  The colors of a lion vary from yellowish to an ochre brown, with their undersides generally being lighter in color.  Male lions feature their famous mane, which makes them the only cats to exhibit a distinction between the males and females.

Lions are very social animals that live in prides of 4 and 37 cats. At the core of the pride are 4 to 12 related adult females, their young, and 1-6 adult males.  Lions spend over 80 percent of their time conserving energy, which is important for large animals to survive where food may be difficult to get. That adds up to your average lion spending up to 20 hours a day resting or sleeping!

Male lions are around 4 feet in height, and 8 feet long without their tails (which add another 3 feet!). The females typically weigh between 250 to 400 pounds, while the males can top out at 550 pounds.

At home in Africa, the preferred meal of the lion includes wildebeest, impala, zebras, buffalo and warthogs. 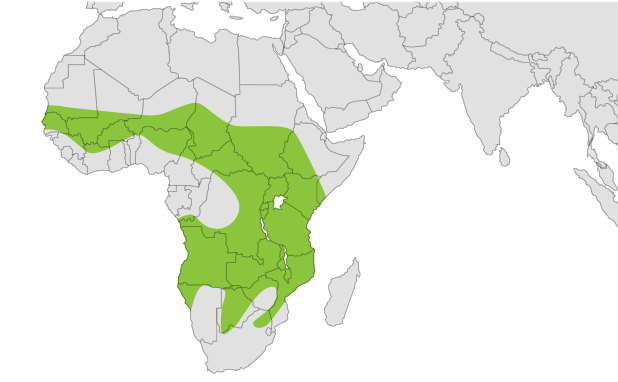 Lions can be found scattered throughout sub-Saharan Africa 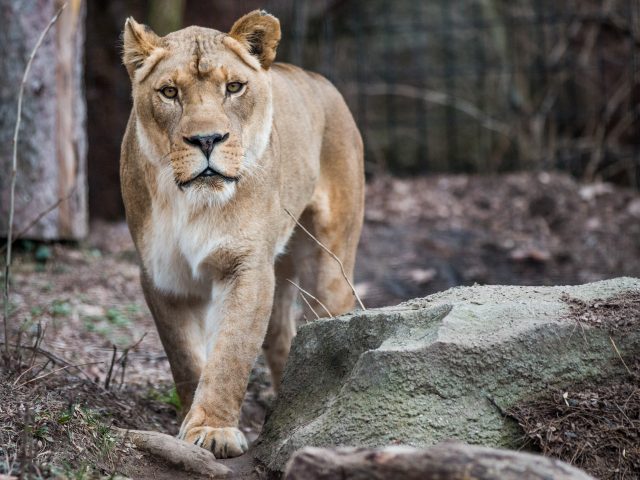 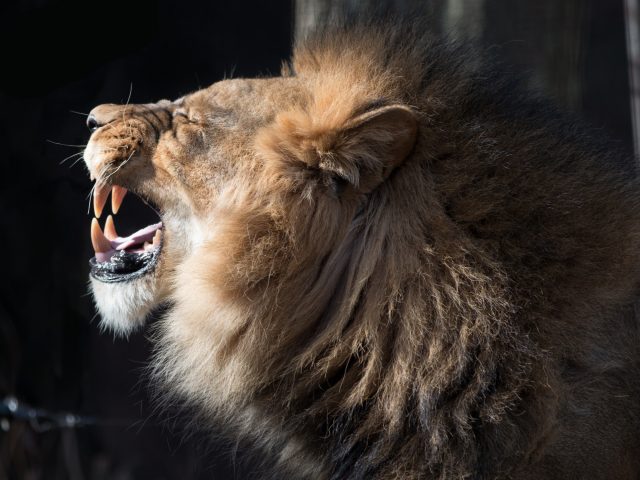 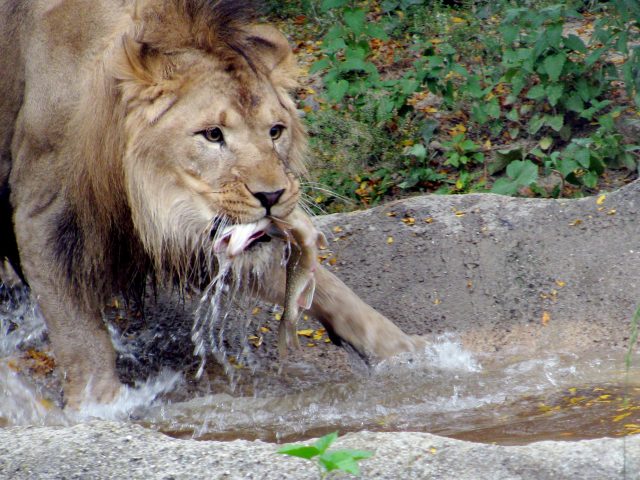 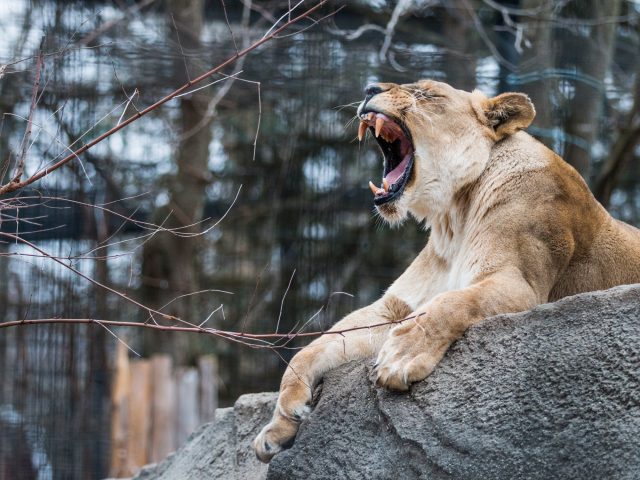 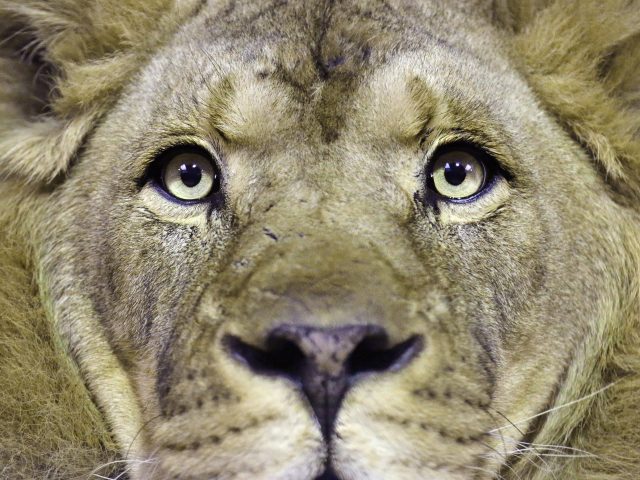 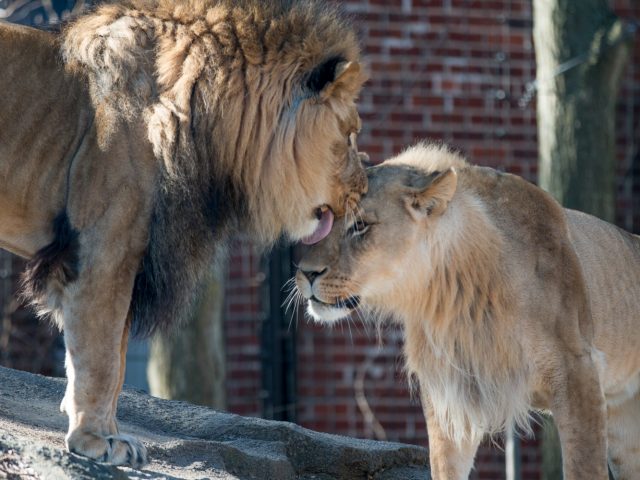 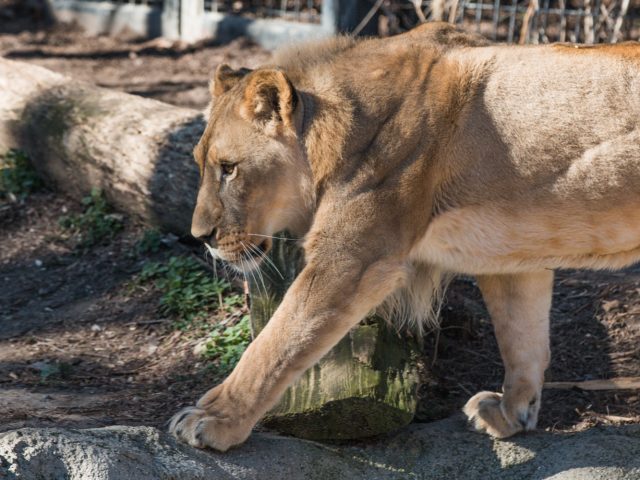 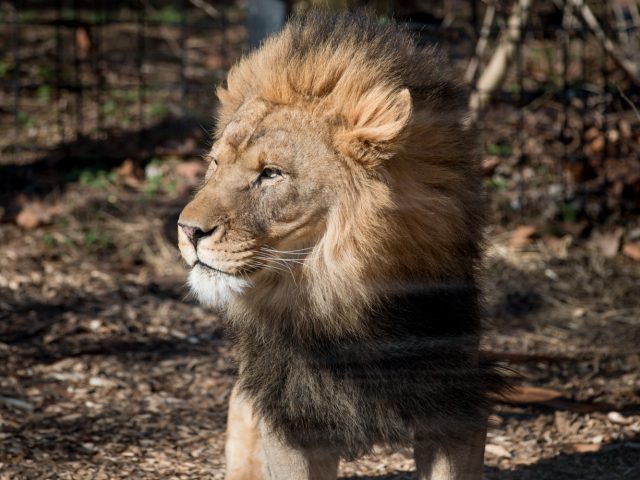 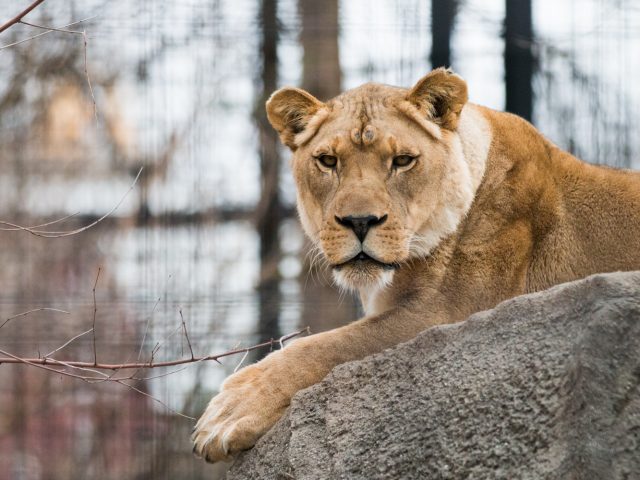 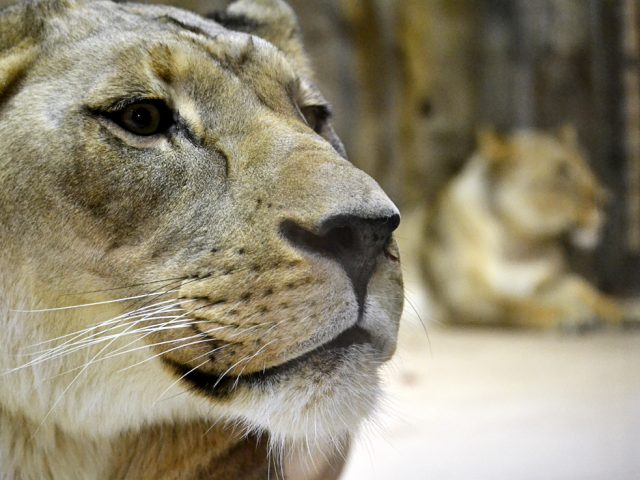