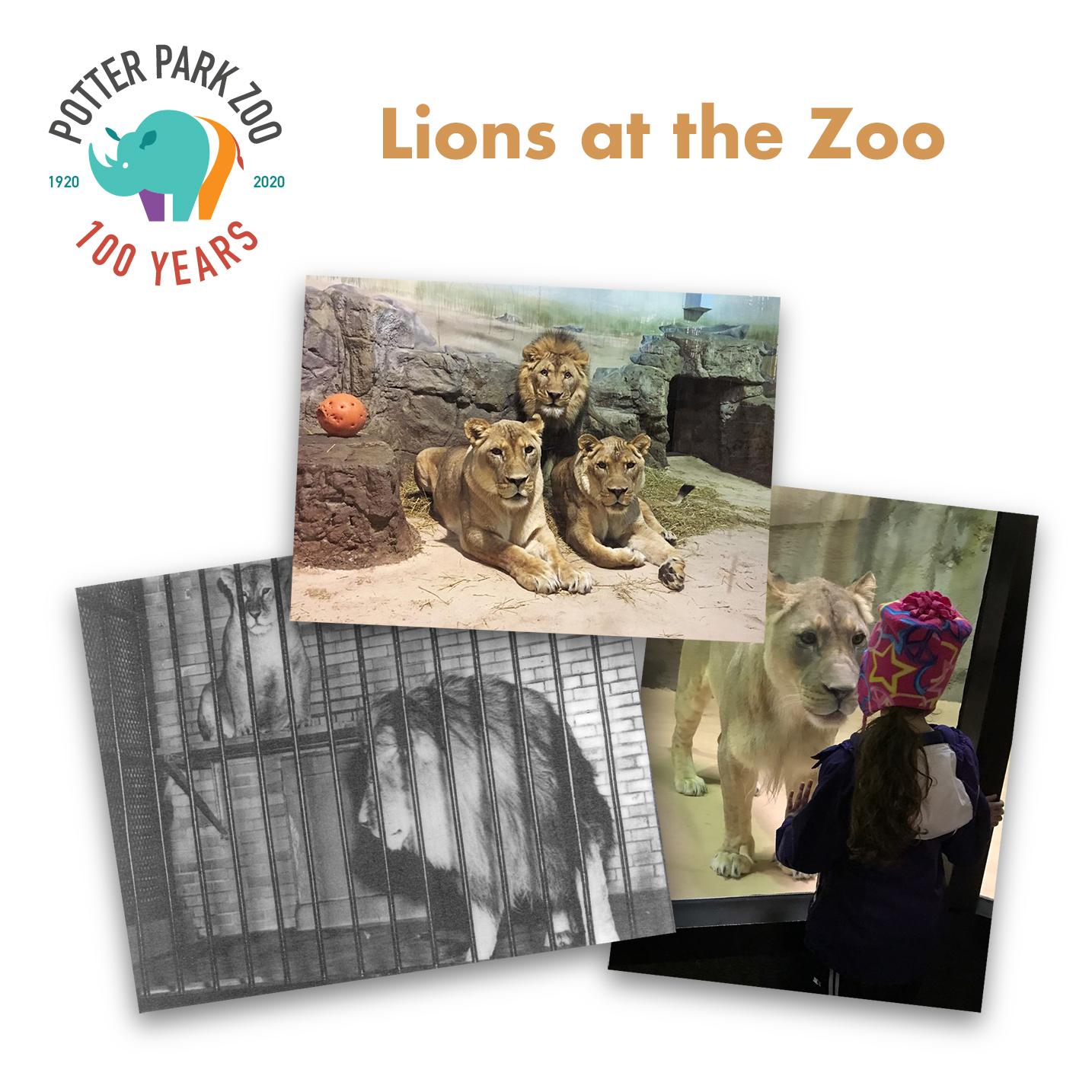 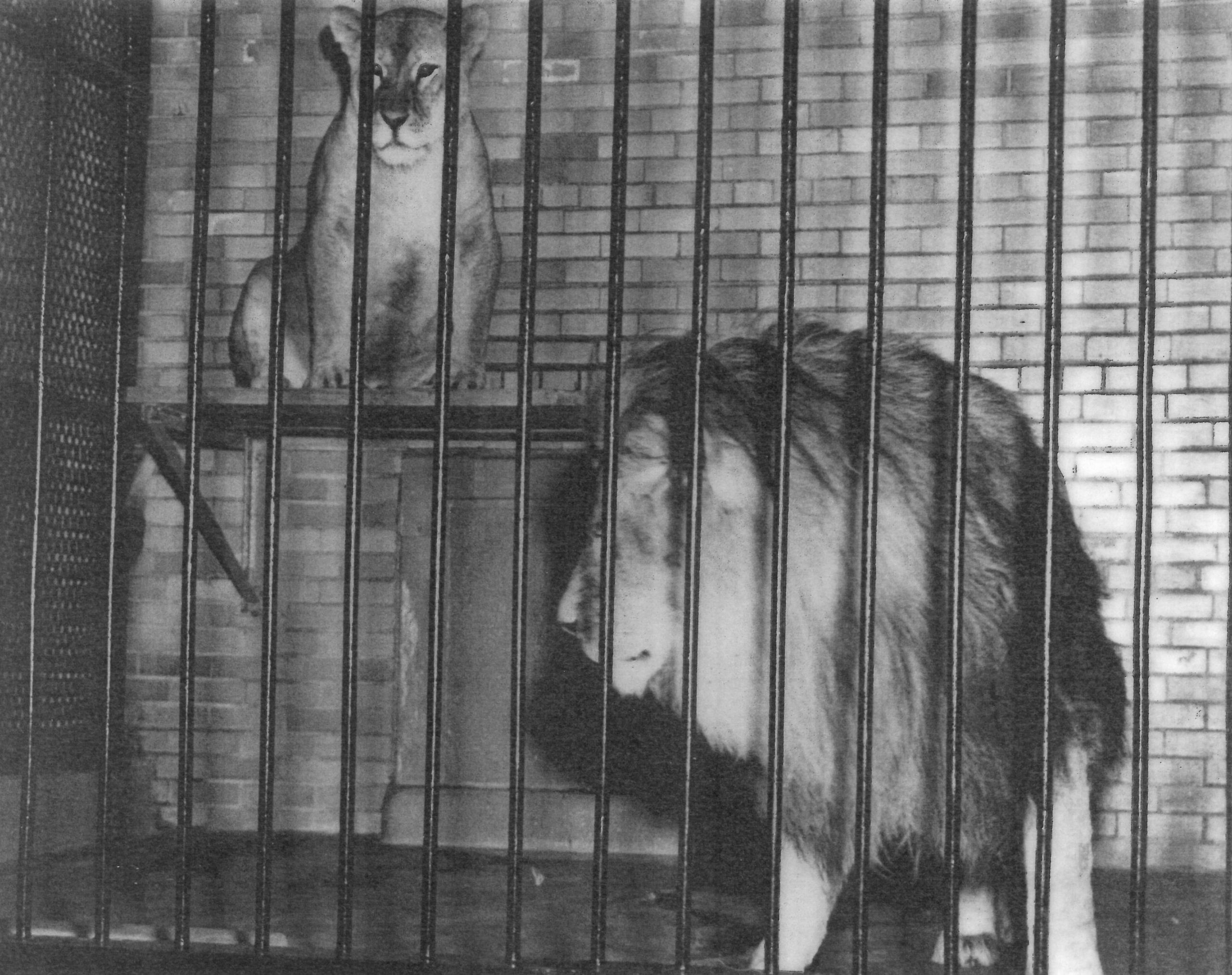 Although construction on the Lion House was not complete until 1930, there were lions at Potter Park Zoo as early as 1924 according to Lansing State Journal articles at the time. These cats have been a familiar sight over the years, residing at Potter Park in each subsequent decade after their arrival. Some of the first newsworthy individuals included Duke, “king of the zoo” in the 1940s, Pete in the ‘50s, and Romeo and Juliet in the ‘60s.

After undergoing renovation, the lion house reopened in 1989 with a new name – the Feline/Primate House. This coincided with the arrival of two lion cubs: brother Samburu and sister Amboseli. The lions were extremely dangerous, and the zookeepers knew it. As such, the keepers took great care when working with them. Safety is important with any of the big cats, but it was especially so with these two. One of Amboseli’s keepers said of her, “She remained true to what a lion is supposed to be – wild and strong willed.”

Samburu was the subject of some groundbreaking medical treatments. In 2003 he had a 30-pound cancerous spleen removed, followed by chemo pills to fight the spread of the disease. The treatment successfully extended his life by sixteen months. The siblings would stay at Potter Park through the 1990s and into the 2000s, with Samburu living to age 16 and Amboseli to age 22. Note that, as siblings, the two were never intended to breed. With the advent of the Species Survival Plan (SSP) in 1981, mating would be arranged and carried out medically. 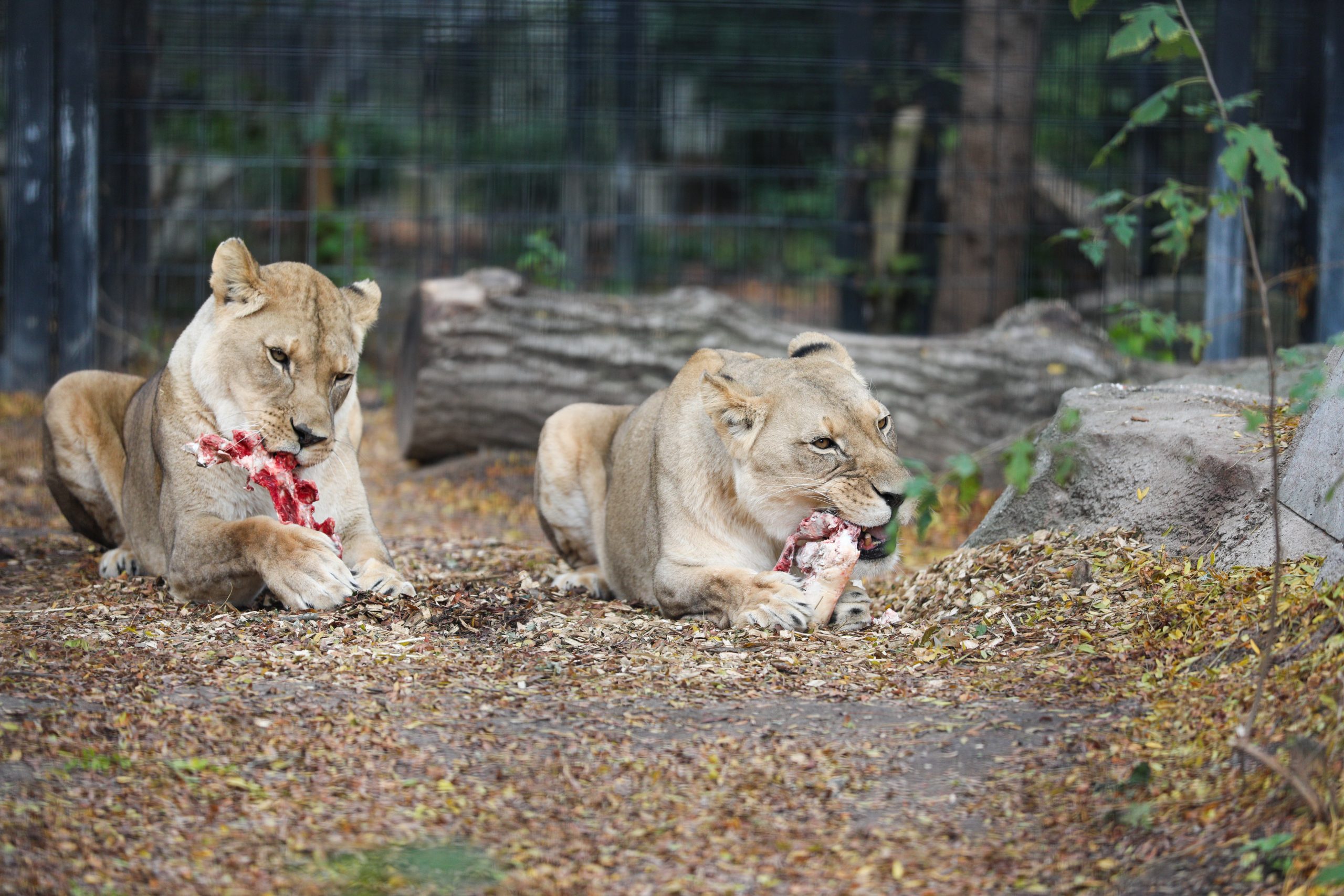 By 2008, the zoo was assembling a new crew of lions under the guidance of the SSP. Male Dakota (aka Kota) and female Mashavu were matched for breeding and transported to Lansing, but the decision was revised in 2011 with Mashavu being switched out for female siblings Ulana and Saida. The two were very close littermates and came as a package deal. Both had delivered litters prior, which had to be hand raised due to lack of maternal interest. The sisters were known to engage in spats with Kota, who’s face developed a few minor nicks and scars. Young Kota came with a peach-fuzz mane and grew into an impressive male. The plan was for Kota to breed with Ulana, and for Saida to remain on birth control. However, no breeding interest arose between either. By then, SSP had plenty of young lions in zoo populations and canceled the breeding recommendation. Although physical examinations confirmed that neither female was going to reproduce, Ulana and Kota began to exhibit reproductive behavior, and Ulana was put back on birth control just in case. (For reference, Ulana has the longer, thinner snout and the bigger fluff at the end of her tail. For a time, she also had a short, light-colored mane, confusing many visitors regarding her gender. After she was put back on birth control, it went away).

The three remain at Potter Park to this day. When outside in the morning Kota roars, reminding others in the zoo of his presence. In the winter months, the lions do not like to go out in the cold and spend most of their time indoors (even though their rock is heated to keep snow and ice from sticking). The lions are very aware of the tigers next-door, especially when a neighboring cat gets enrichment. Of course, the lions have enrichments of their own every day, including scents applied to their enclosures and “bone-sicles” to eat. They have also caught live fish in their pool, though they are not particularly fond of getting wet. On Valentine’s Day they enjoy lapping up special whipped cream hearts the keepers leave on the exhibit windows. 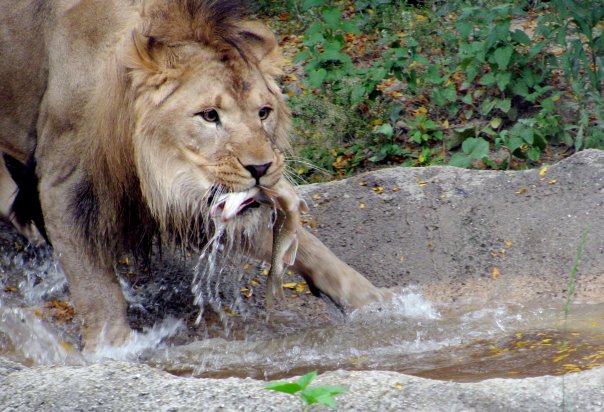 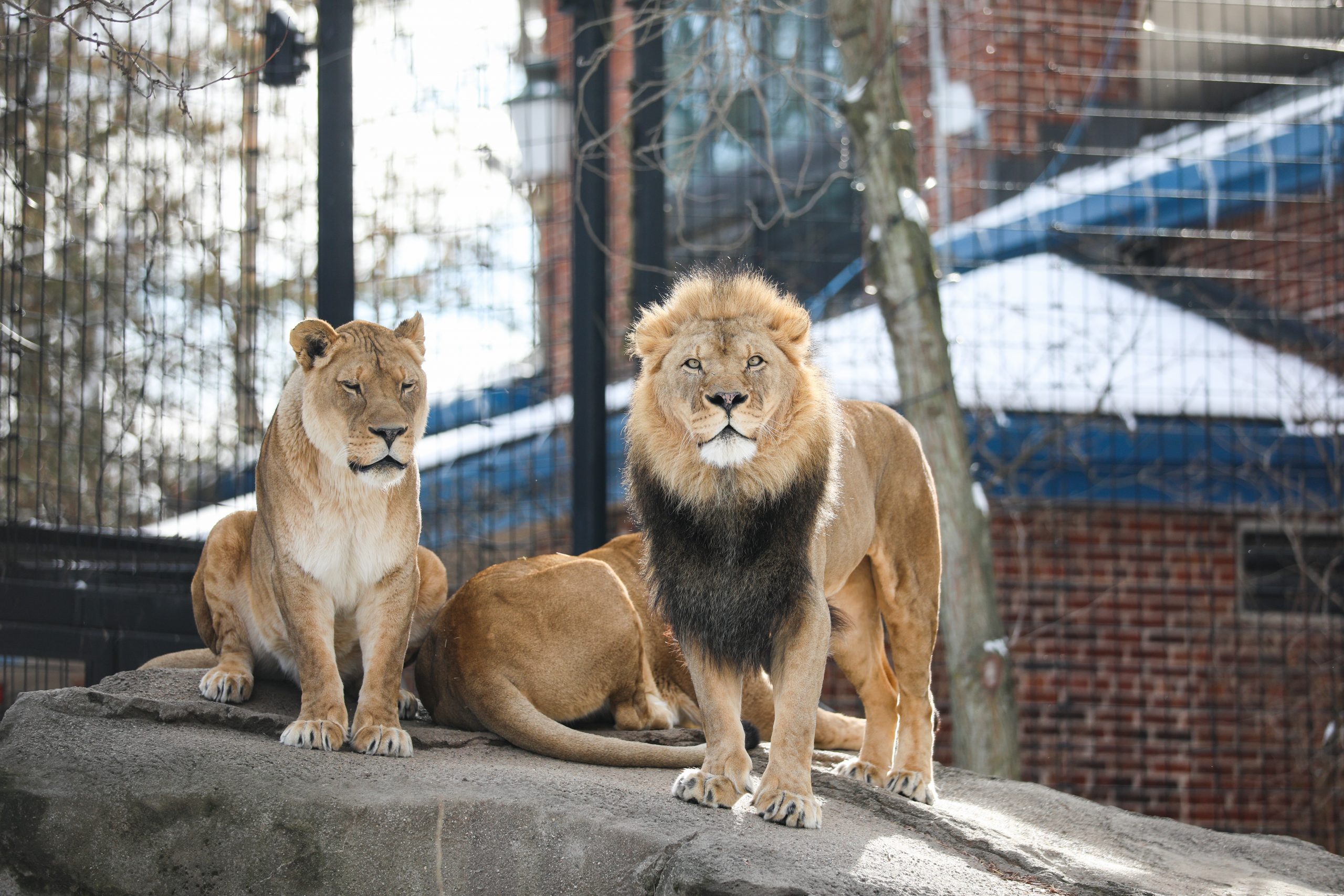 Do you have a story about lions at the zoo? Share your story. Click here and in the drop-down on this page that says “What is your message regarding?” and select “Story Submissions for Zoo Centennial.” Please include the decade or general time frame that applies to your story.