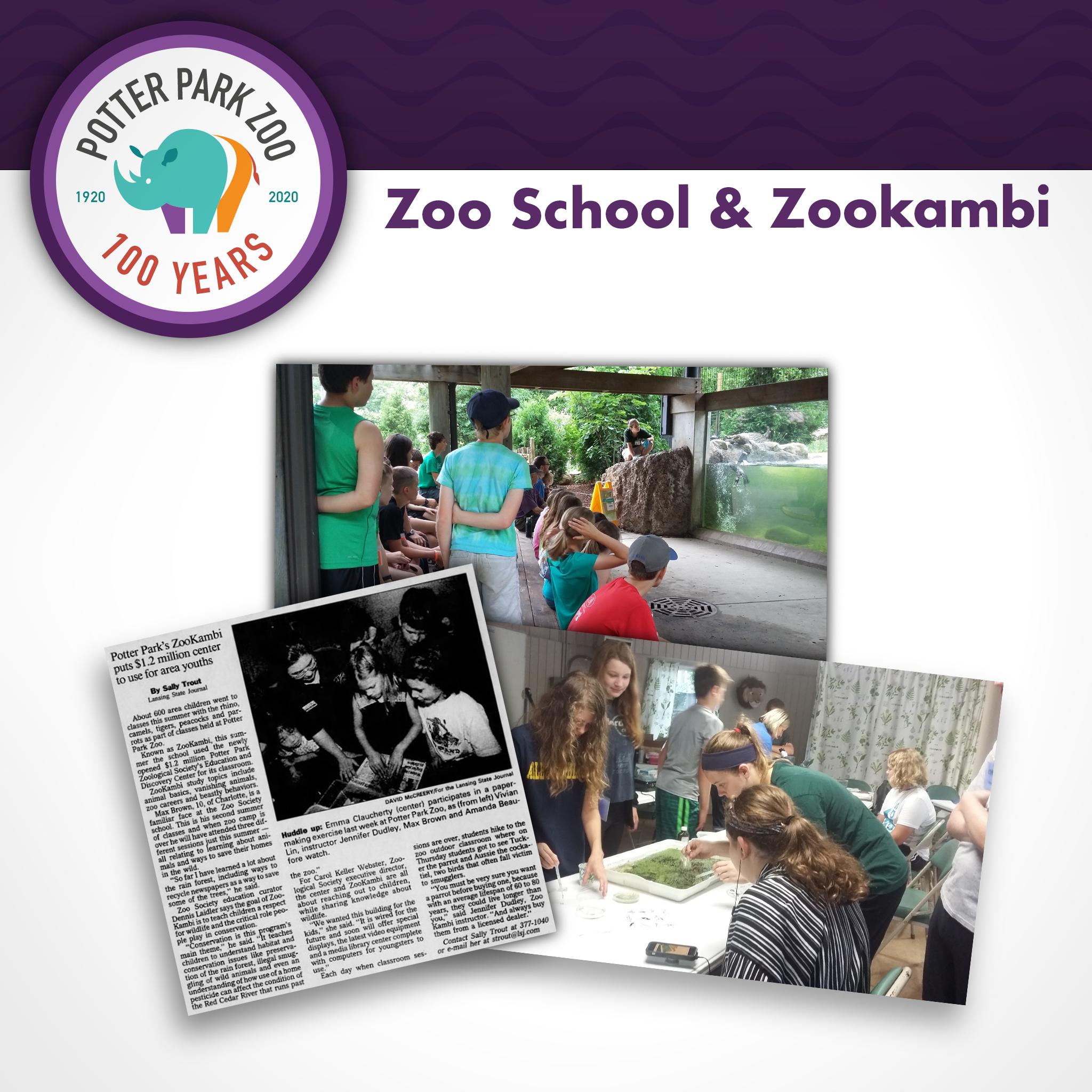 Zookambi is Potter Park Zoo’s popular summer day camp. It has grown tremendously over the years, both in the variety of classes offered and the number of students enrolled. The program kicked off in 1981 with the name “Zoo School”, and was upgraded the following year with the opening of a one-room education center. This building was actually the pavilion at the Duck Pond Overlook, which was enclosed to accommodate 15 students and some office space. (The building now serves as the Public Safety office). To lead the program, The Friends of the Zoo Society, or FOZ, (predecessor to the current Potter Park Zoological Society) hired a series of students from Michigan State University with environmental education backgrounds. These efforts reflected the Society’s increased emphasis on education and conservation, a shift many zoos around the country were also making at the time.

Excluding minor tweaks, the structure of Zoo School would remain constant over the next decade. Different classes were held over the summer, with three-hour long morning or afternoon sessions every day for a week. Separate sessions were held for six-to-eight year olds and nine-to-eleven year olds. Over the years, targeted ages would vary from younger to older students. Occasionally, classes operated beyond the summer season during spring break or on winter weekends. Outside of the classroom, participants were treated to behind-the-scenes visits with zookeepers and close-up views of the animals, such as Fuzz the giant Aldabra tortoise and Tombi the elephant. They also learned about the zoo’s role in conservation.

In 1990, a new, full-time education director arrived and continued to expand the program (now under the name “Zookambi”). A new teacher and class were also added, taking advantage of the outdoor classroom (current VEZU Building), which was enclosed by volunteers in the early 1990s. Different educational themes were assigned each week, and attendees would participate in behind-the-scene experiences as before.There were visits with the Aldabra tortoises Fuzz, Dozer, and Millie, along with trips to see Sweetie the deer and Mitch the white pelican at the pond. Campers also stopped by the Feline-Primate House kitchen. 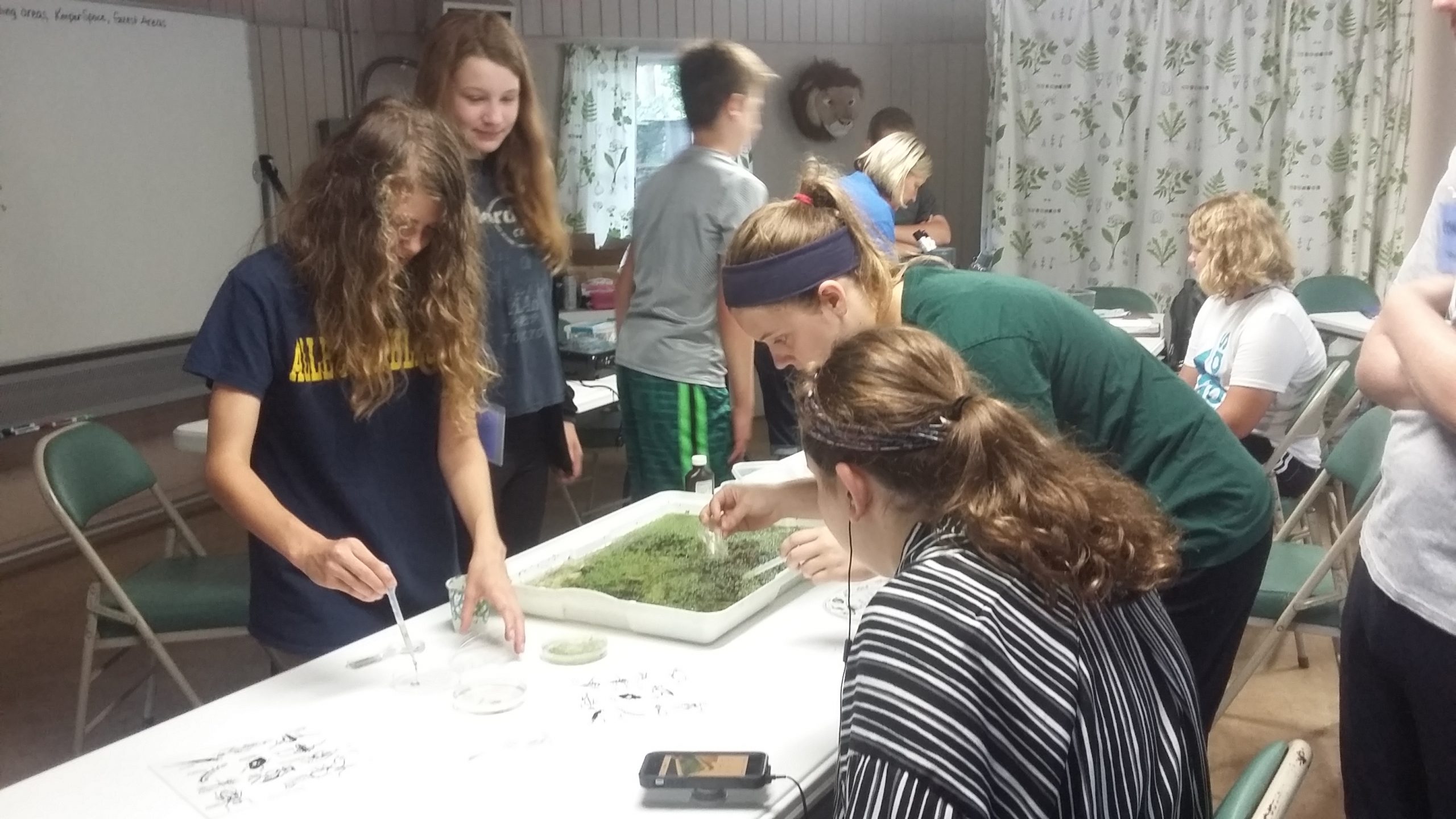 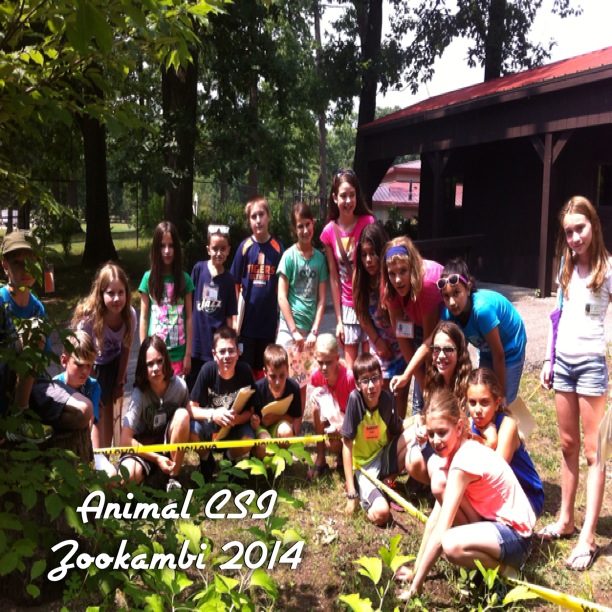 Education and conservation are important, interconnected elements of the modern zoo, and programs like Zookambi have brought them to children in new and creative ways. Potter Park Zoo will continue to provide enjoyable and meaningful summer experiences, and inspire our youth to conserve animals in the natural world.

Do you have a story about summer programs at the zoo that you have experienced or photographs? Share your story. Click here and in the drop-down on this page that says “What is your message regarding?” and select “Story Submissions for Zoo Centennial.” Please include the decade or general time frame that applies to your story.