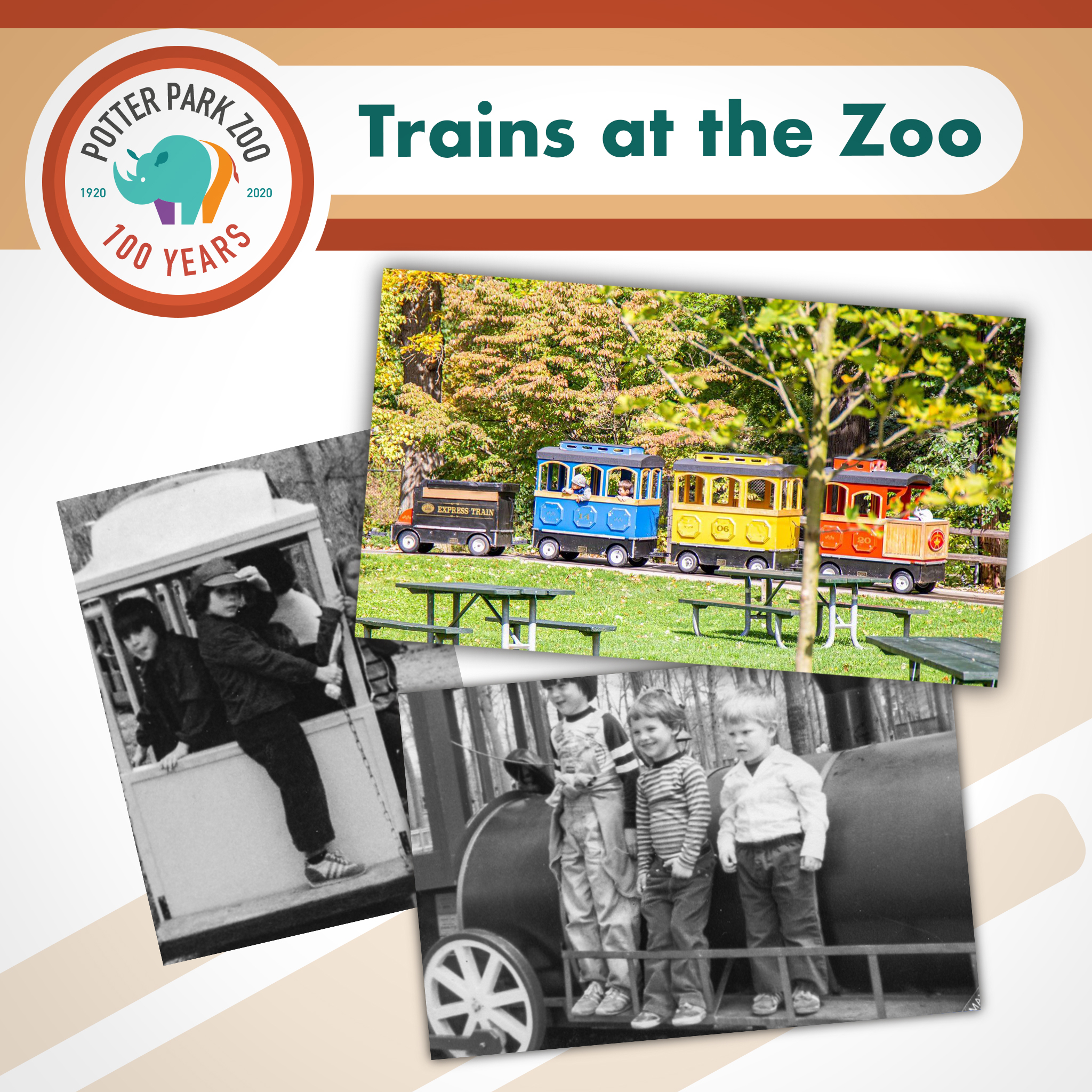 Working railroad tracks have always bordered Potter Park Zoo to the north, bringing the sights and sounds of passing trains throughout the day. The animals seem to adapt to their presence. For the wolves the whistles of the trains can be the trigger for a good howl.

The zoo got a train of its own in 1974, and it became a popular seasonal attraction for families. The private concession operator installed the tracks, built a tunnel, and ran his multicolored train for 35 cents a ride, giving the city a guaranteed annual rate and a percentage of the profits. 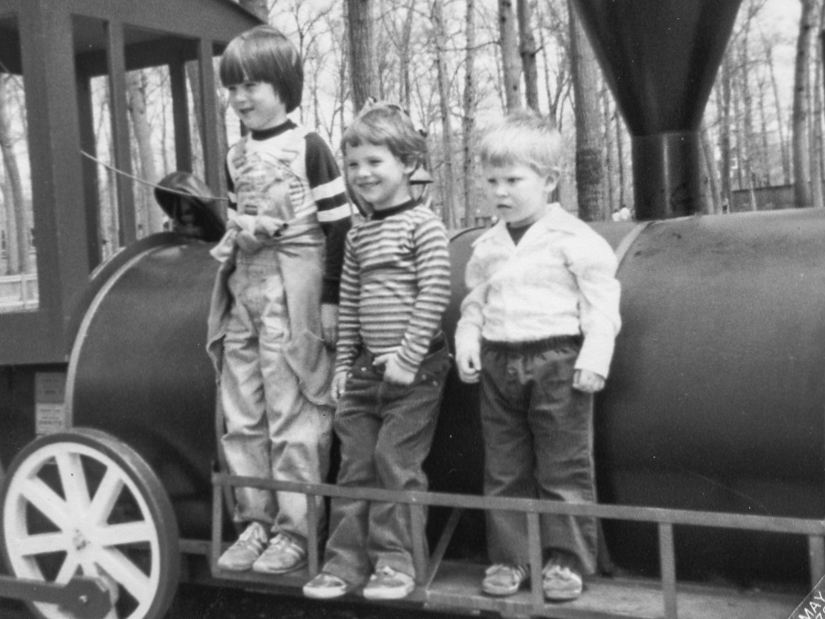 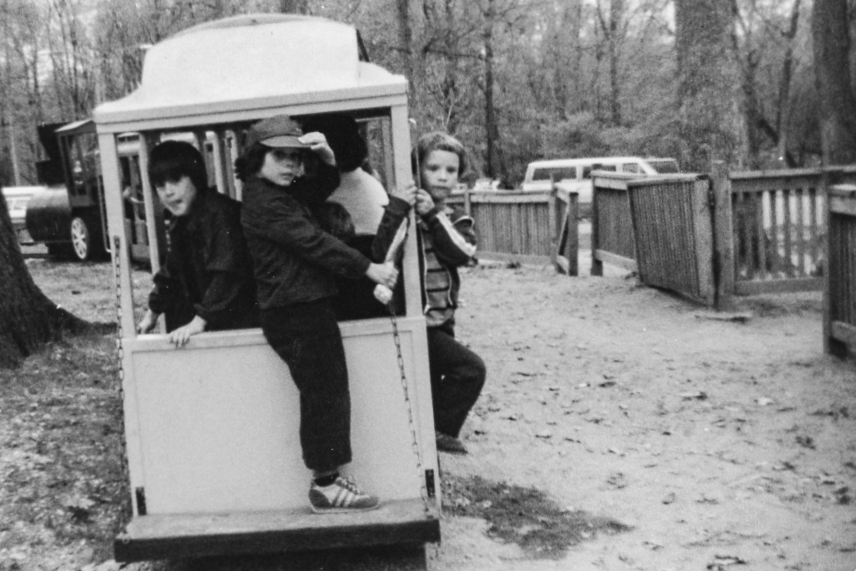 Over the years, there were countless trips with carloads of children and adults that ran through the wooded area now used as a campground. The circular route began near the old zoo entrance (current site of the Discovery Center) at the train station near the old gift shop. It then moved in a southeasterly direction toward and through the tunnel, north toward what would become the Patagonian cavy exhibit, west past the current kangaroo yard, and back to the train station. 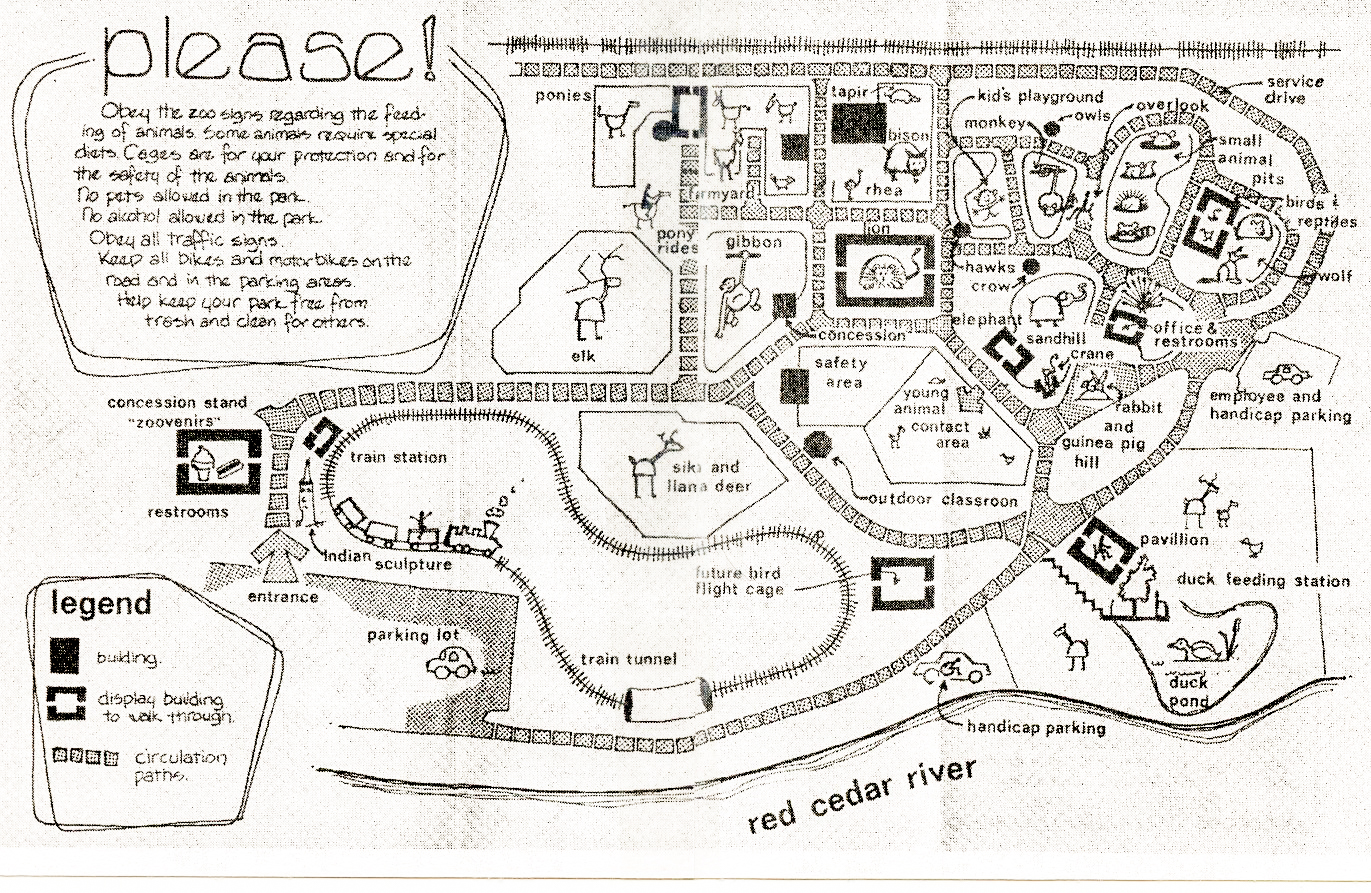 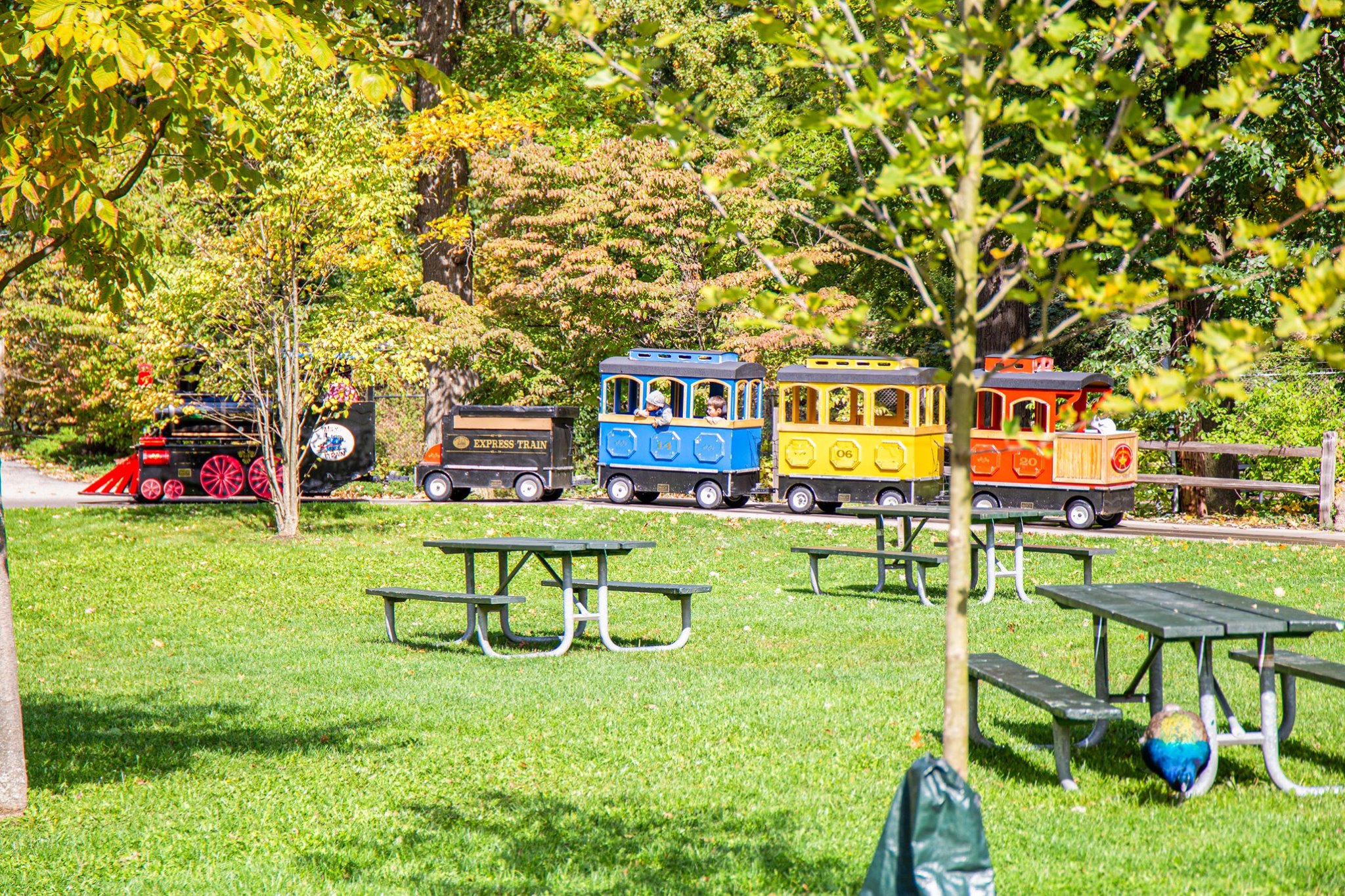 In 1986 the train concession ended after thirteen years of operation due to the increasing costs of liability insurance required by the city. The tracks were removed and the gift shop took over the entire space of the train station until 2000, when the gift shop in the new entry plaza was opened. The tunnel would be repurposed to become the Boo Tunnel used during future Halloween festivities. The zoo had plans for expansion and another, larger train ride, but those plans never materialized.

In 2012, another seasonal concession train arrived. It was also multicolored and accommodated kids and adults, but it circled the green space (former site of the rock island) and ran on wheels instead of tracks. In 2019 this train halted operations as well. The only trains left were the real ones moving freight and passengers to the north of the zoo property daily – the ones that have remained a part of the zoo’s history.

Do you have a story about trains at the zoo? Share your story. Go to “Contact” on this website and leave a message in the drop-down menu to “What is your message regarding?” – “Story Submissions for Zoo Centennial.” Please include the decade or general time frame that applies to your story.