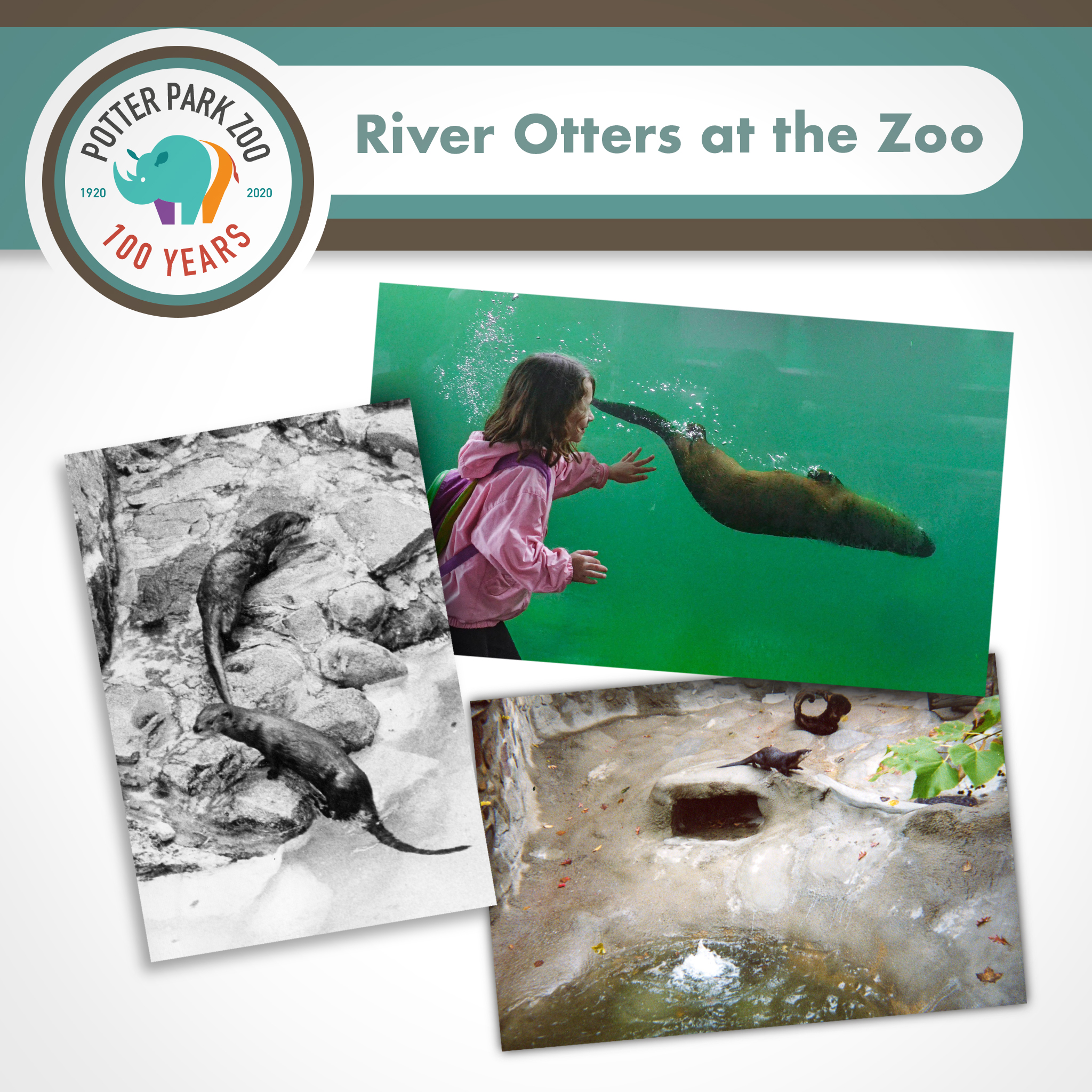 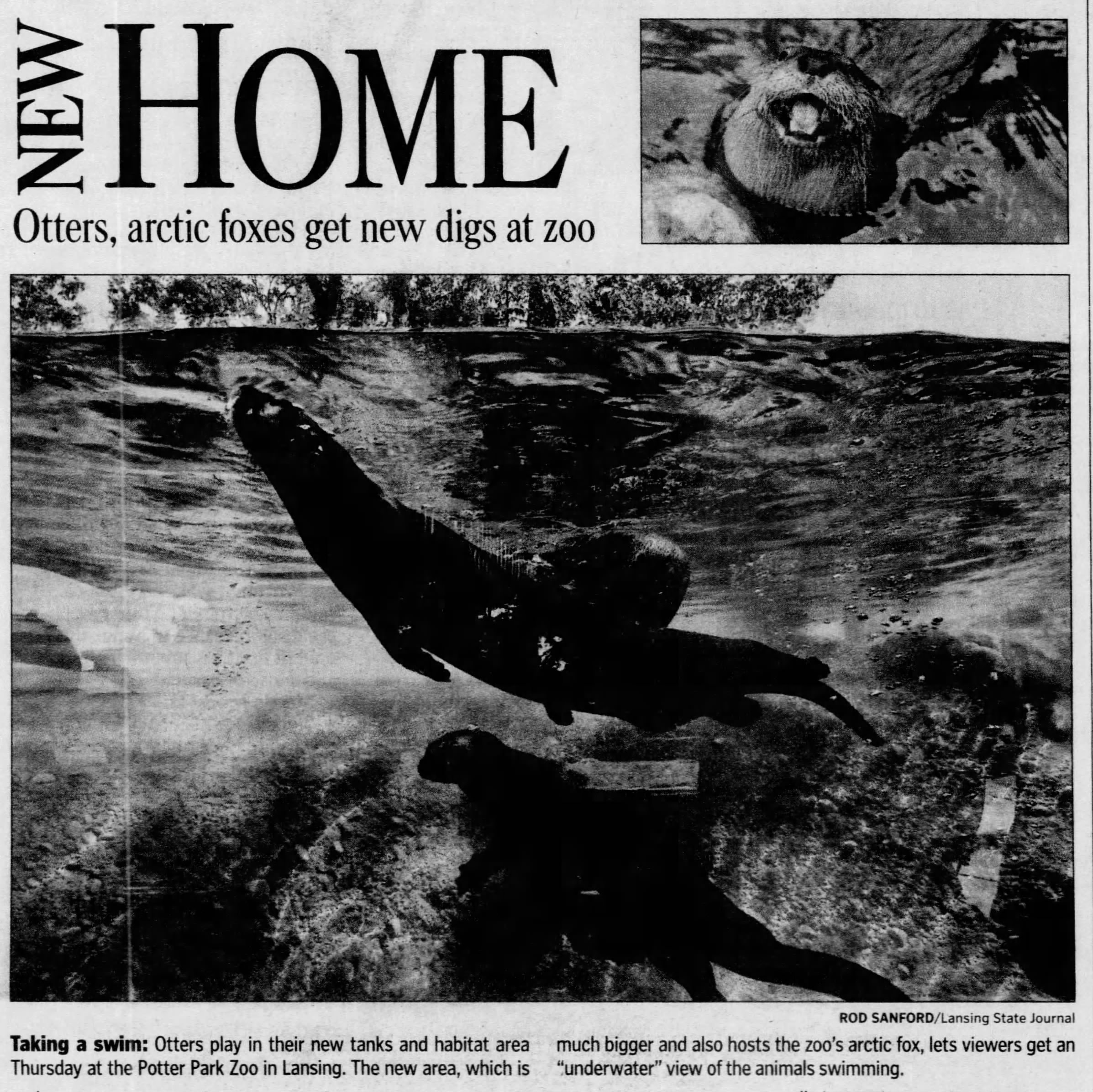 The North American river otters have long attracted visitors at the Potter Park Zoo with their appealing looks and energetic activities in the pool. They seem to have such a good time! Earliest reports of their presence at the zoo date back to the 1940s, and they have resided at Potter Park in every decade since.

Until the 2000s, the zoo’s otters lived in the small moats, which had been built in 1938 with the help of the Works Progress Administration (WPA), a program created to help pull the country out of the Great Depression. The moat exhibits were considered state-of-the-art at the time, with no bars to obstruct views. Typical of the times, spaces were small inside and outside, and surfaces were made of concrete (for easy cleaning) rather than natural materials. There was a pool in the otters’ moat for swimming and a covered den facing the public.

In the early 2000s, plans were made to create new exhibits for the otters (and the Arctic foxes) near the zoo entry complex. These active, engaging animals were perfect ambassadors to welcome visitors to the modern zoo that Potter Park had become, focusing on quality animal care, conservation, and education. Research guided the design of the project, and zookeepers were heavily involved in the planning. Staff also visited other zoos to collect data about about their otter enclosures, resulting in a wonderful, spacious display that provided many opportunities for the otters to express natural behaviors. The exhibit included a stream connecting a large pool, two smaller pools, and a water slide. The yard was naturally landscaped with grass, rocks, and logs and provided the otters cover from visitors’ view if they chose. Indoors, there were multiple stalls, a small pool, and a large zookeeper work area. A zookeeper described the project as “light-years better” than the old space. 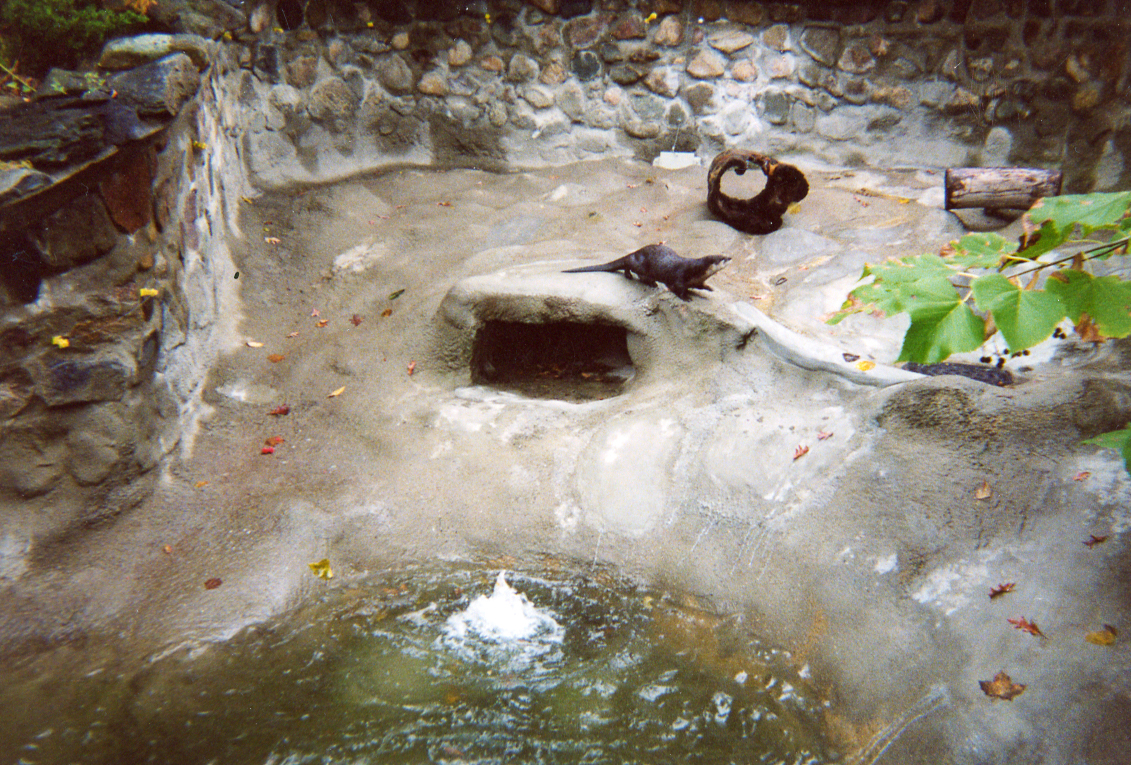 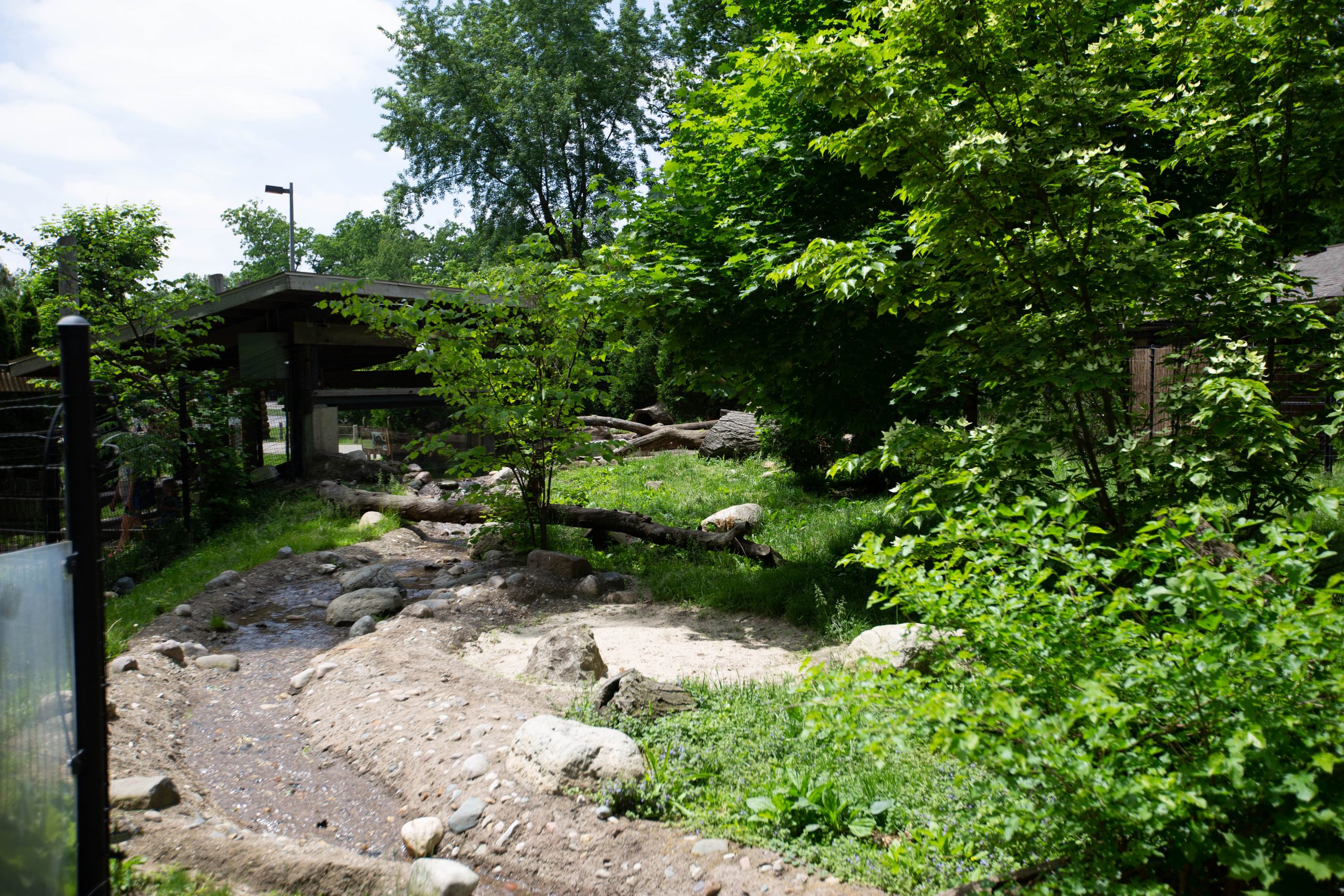 River otter exhibits – before and after

In August of 2006 the new otter exhibit opened to Shaq, our old male otter, and Jilly and Jasper, both young otters. After some tentative steps on the grass, they were soon exploring the stream, the pool, and the rest of the exhibit. They loved it!

Visitors were captivated seeing the otters’ underwater activities through the glass, and in the yard from multiple viewing locations. Children especially liked to get up close at the glass, where the otters sometimes approached and interacted. 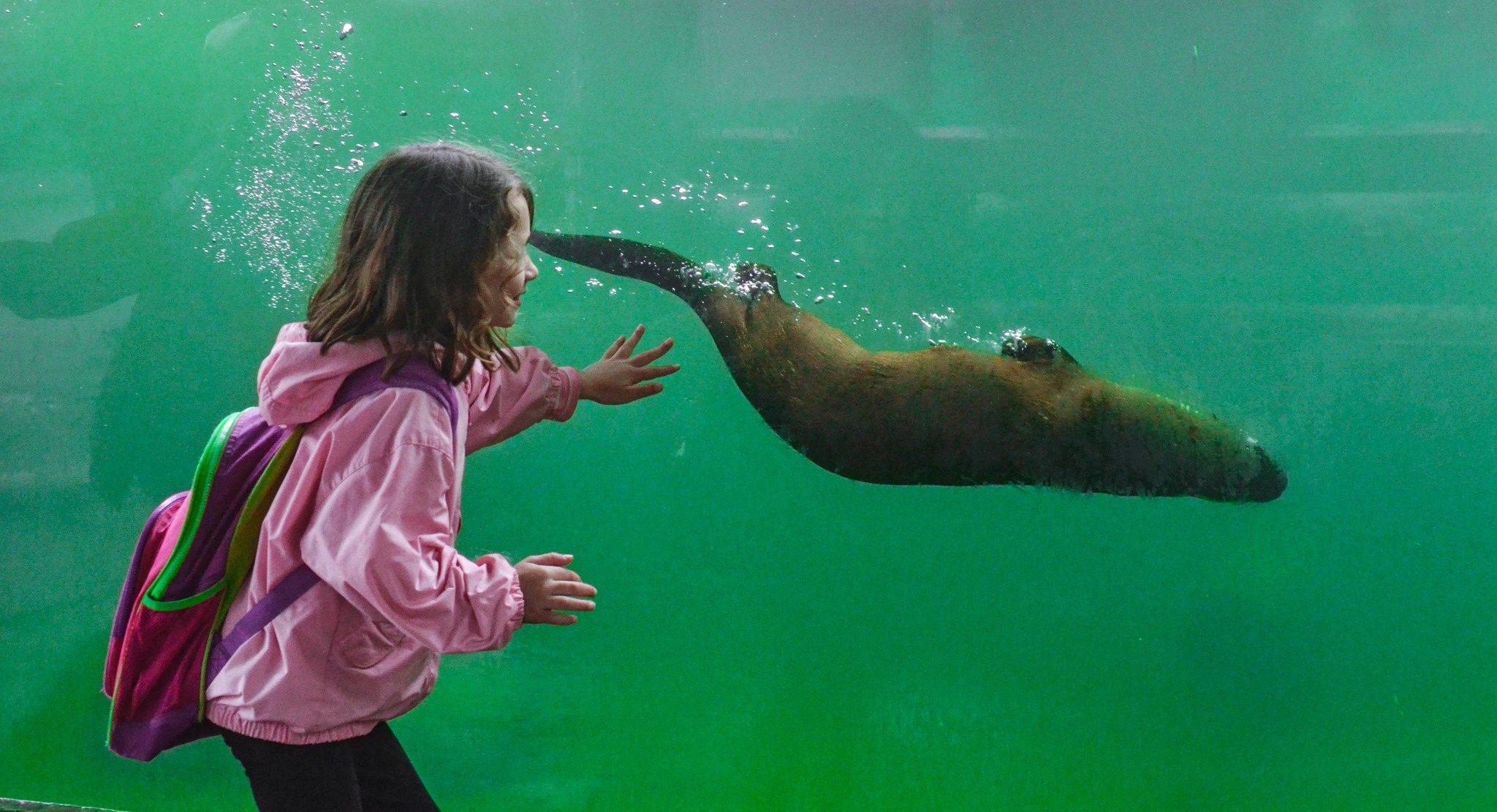 Shaq was a beloved otter that made the transition from the moats to the new exhibit. He was born in the wild in central Florida in 1989, and arrived at Potter Park in 1998 via the Pittsburgh Zoo. He was one of the oldest otters in captivity when he died in 2010 at the age of 21. Even Grumpy’s Diner, a restaurant down the street from the zoo on Pennsylvania Avenue, marked his passing on their marquee. 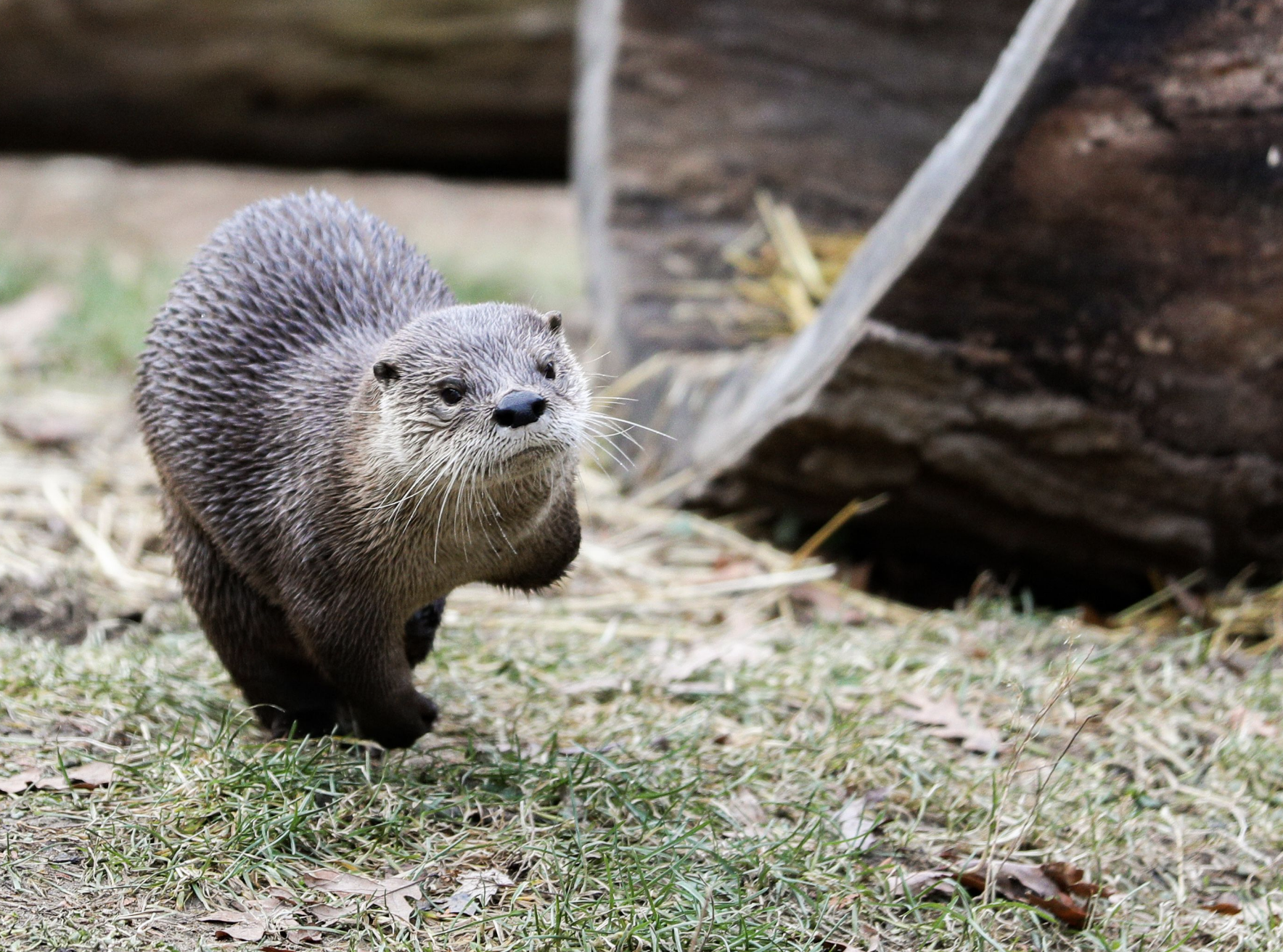 Mike joined Jilly in 2009, and Miles was born in 2013. Jilly was a first-time mom and over-groomed Miles after his birth, badly injuring parts of two legs and his tail. A zoo veterinarian immediately went to work on him. It was not clear if he would survive and how he would do in life if he did. It turns out he did well. Since otters are very social and Miles could not be returned to his mom, two orphans known as Bonnie and Clyde came to Potter Park from a zoo in Louisiana to join Miles. Together, they were socialized in proper otter behavior. Miles was motivated to keep up with his new exhibit-mates, and he learned to run and swim – he just looked a little different when he did.

In time, Miles and his friends became adults, and it was time for a new breeding recommendation from the river otter Species Survival Plan. Miles was matched with Nkeke, a young, unrelated female from Prospect Park Zoo in Providence, Rhode Island.

Mike, Jilly, Bonnie, and Clyde left for other zoos, and in 2016 Nkeke arrived. After some initial spats, the pair found their way as a couple and have become successful parents to three litters, producing a total of seven young. 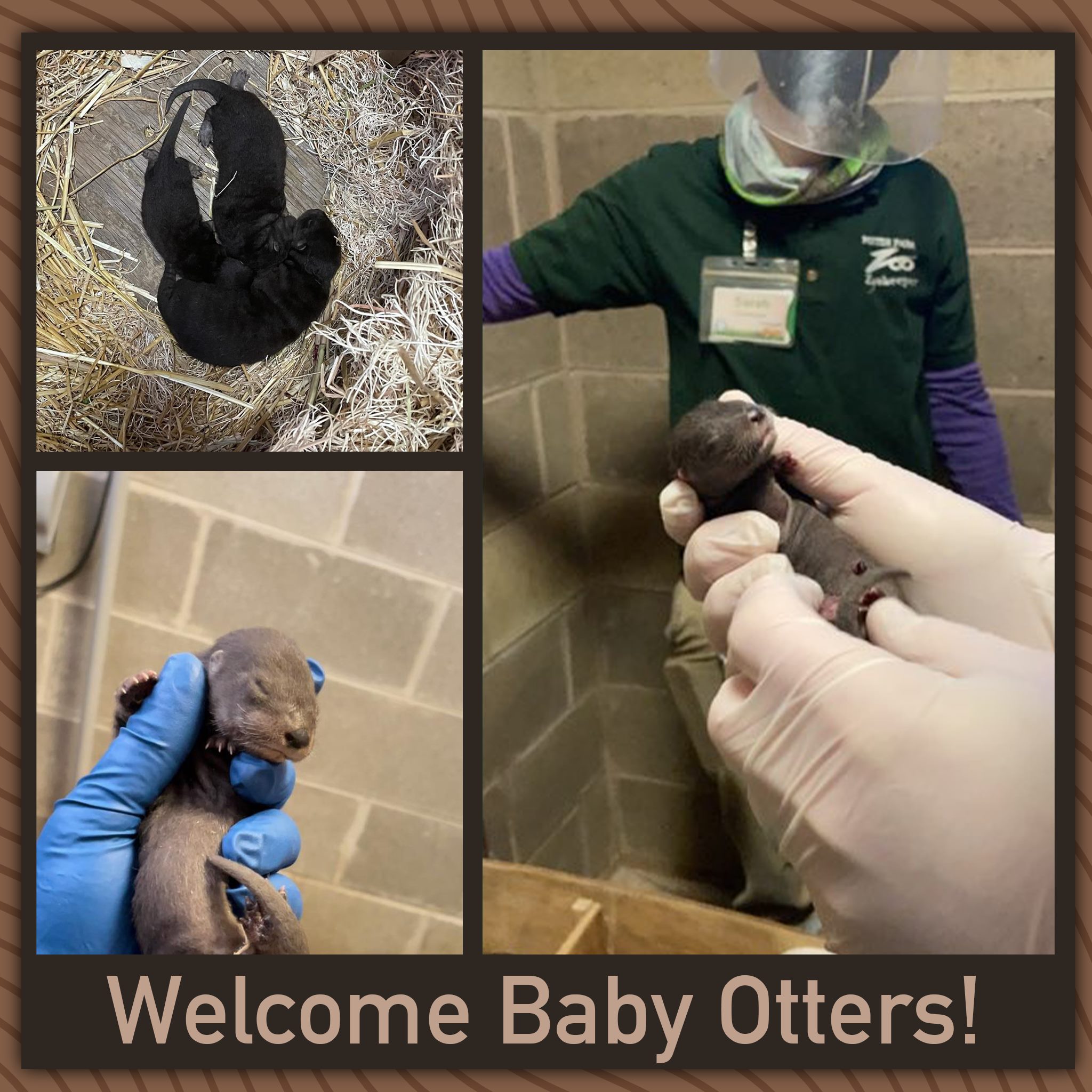 River otters have long been part of Potter Park’s journey to become a modern zoo. In the 2000s they have become true examples of that success as the zoo shares its centennial story.

Do you have a story about the otters at the zoo? Share your story. Go to “Contact” on this website and leave a message in the drop-down menu to “What is your message regarding?” – “Story Submissions for Zoo Centennial.” Please include the decade or general time frame that applies to your story.