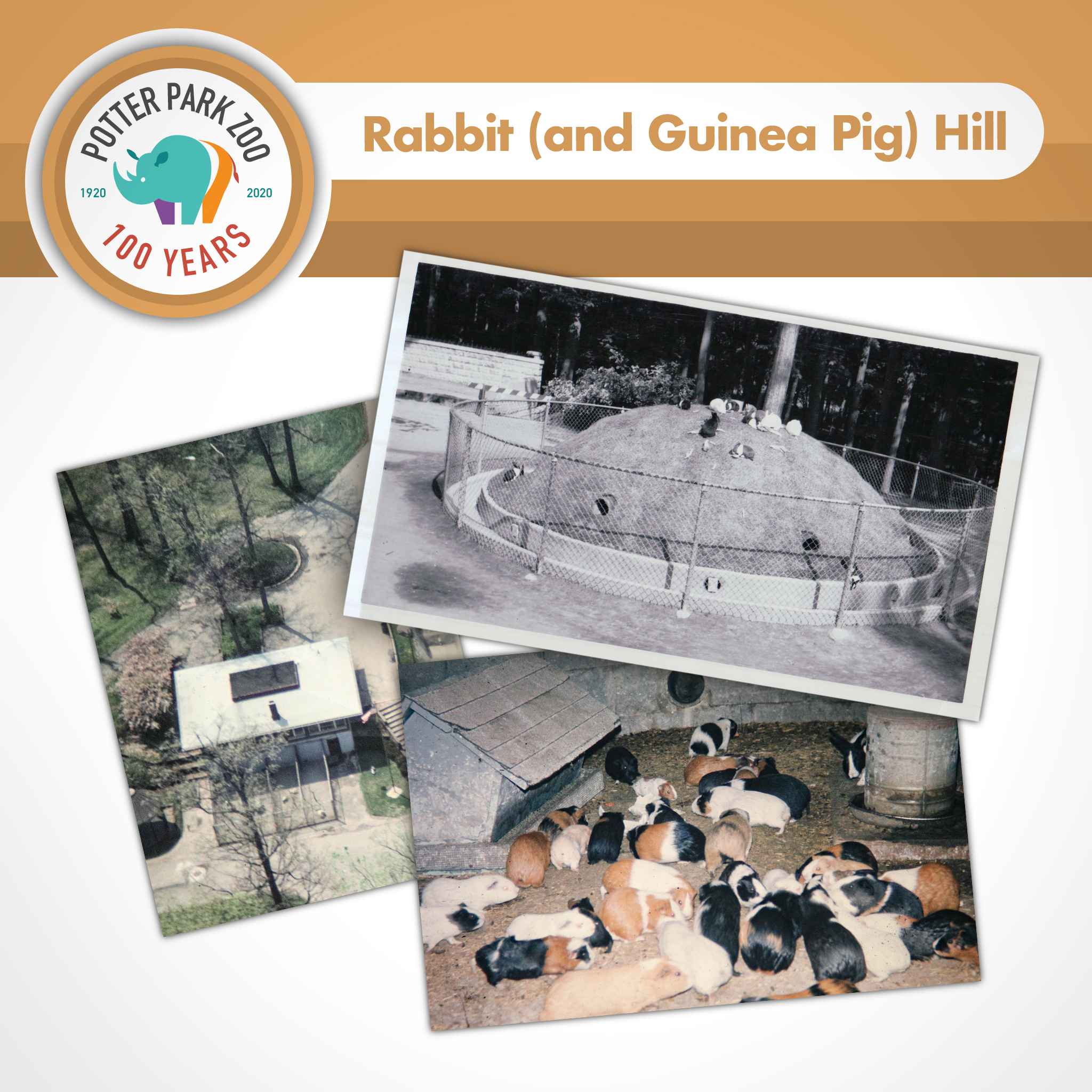 The 1960s were a difficult period in Potter Park Zoo’s history. Although the mammal moats opened behind the Bird House in 1961 and the old 1920-era bear pits next to the animal house (current zookeepers’ lounge) were razed, other buildings were aging, and the zoo lacked funds to make the necessary repairs. 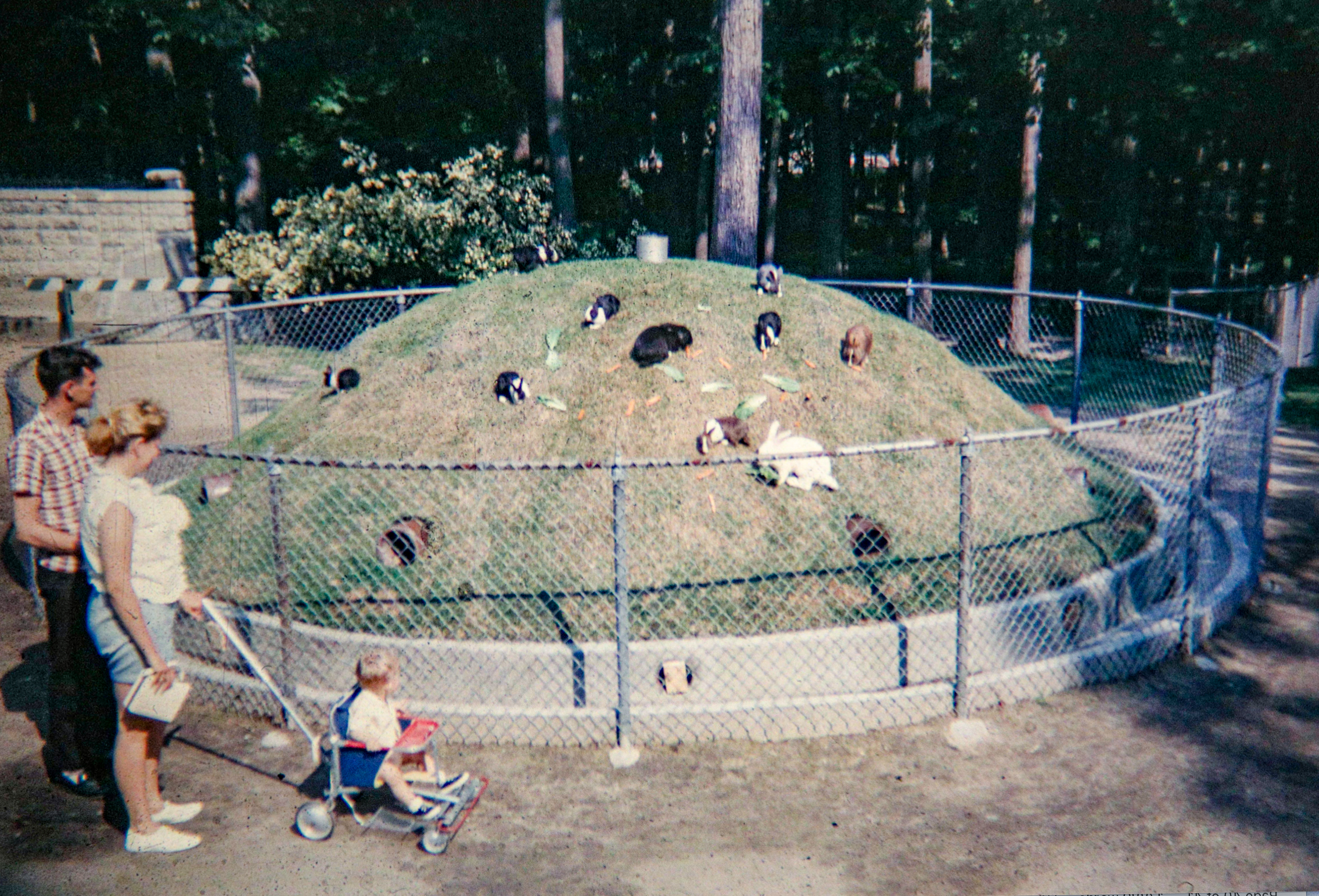 In spite of these difficulties, Potter Park still made way for a new attraction in 1962; The rabbit hill (or guinea pig hill depending on the year) was a concrete dome covered with sod and surrounded by a wire mesh fence. The dome also featured a series of tubed tunnels for the resident animals to explore. It wasn’t flashy, but the exhibit was effective in attracting younger audiences, who delighted in the close-up viewing experience it offered. 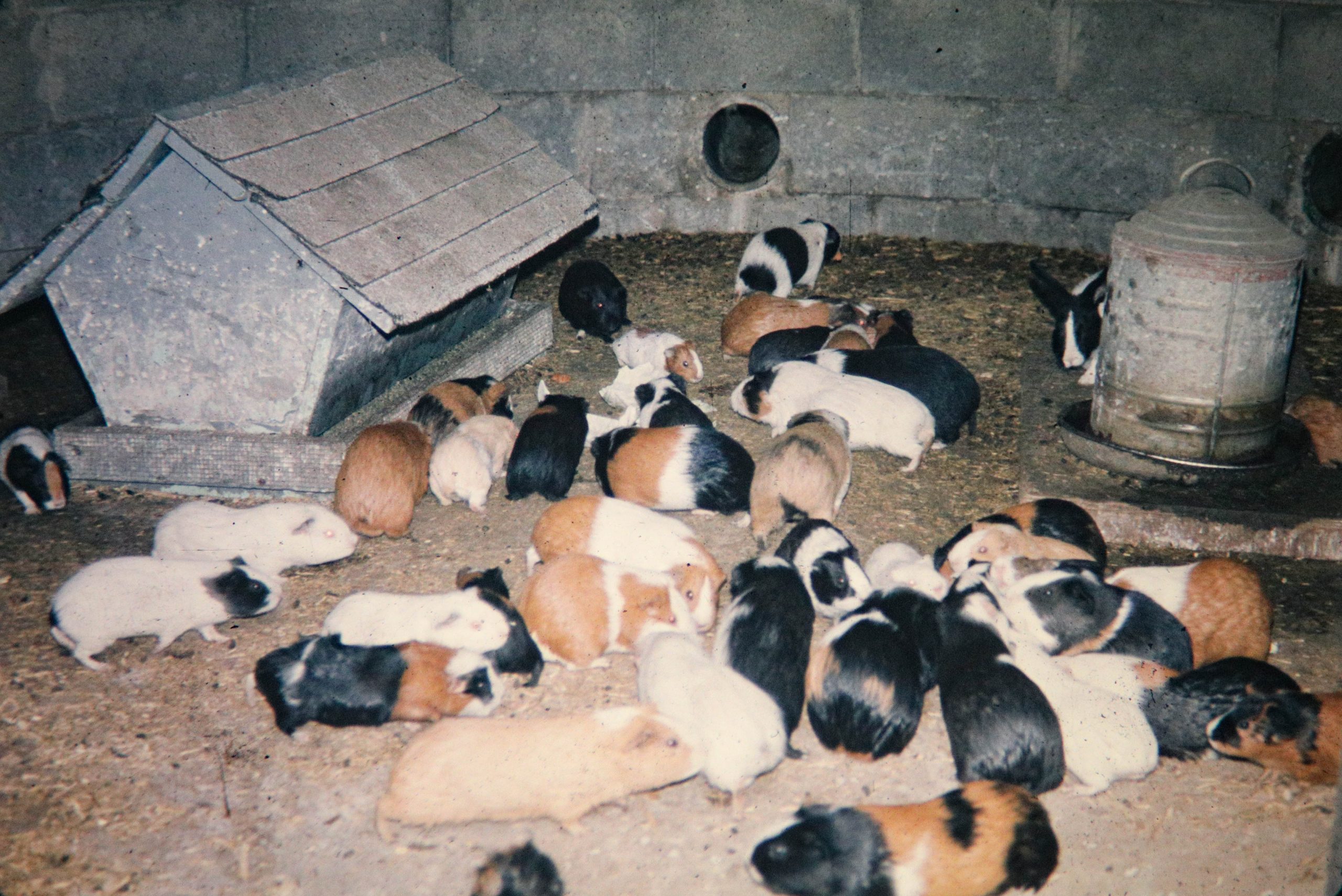 Upon its debut, the rabbit hill housed 25 inhabitants (though this numbers would vary over the years). The exhibit was located next to the aforementioned animal house, and open during summer months only.  Animals were moved inside the exhibit at night to avoid issues with predators and were kept inside the animal house or Bird House basement during the colder winter months.

During the exhibit’s 30-year lifespan, Potter Park would undergo many changes and improvements, moving it closer to the modern zoo that it is today. 1969 saw Lansing State journalist Jim Hough rallying Lansing residents to form the Friends of the Zoo Society, which pulled Potter Park out of its doldrums and allowed for much-needed improvements on grounds. The group attracted community leaders and was able to raise funds as well as obtain donations of labor and materials.

Things were looking up in the 1970s with several new developments, including the acquisition of Bingo the elephant, the creation of an animal contact area, and an addition to the farmyard. Progress continued in the 1980s with an increased emphasis on exhibit design, as demonstrated by the new penguin enclosure in 1986 and the Lion House renovation of 1989. 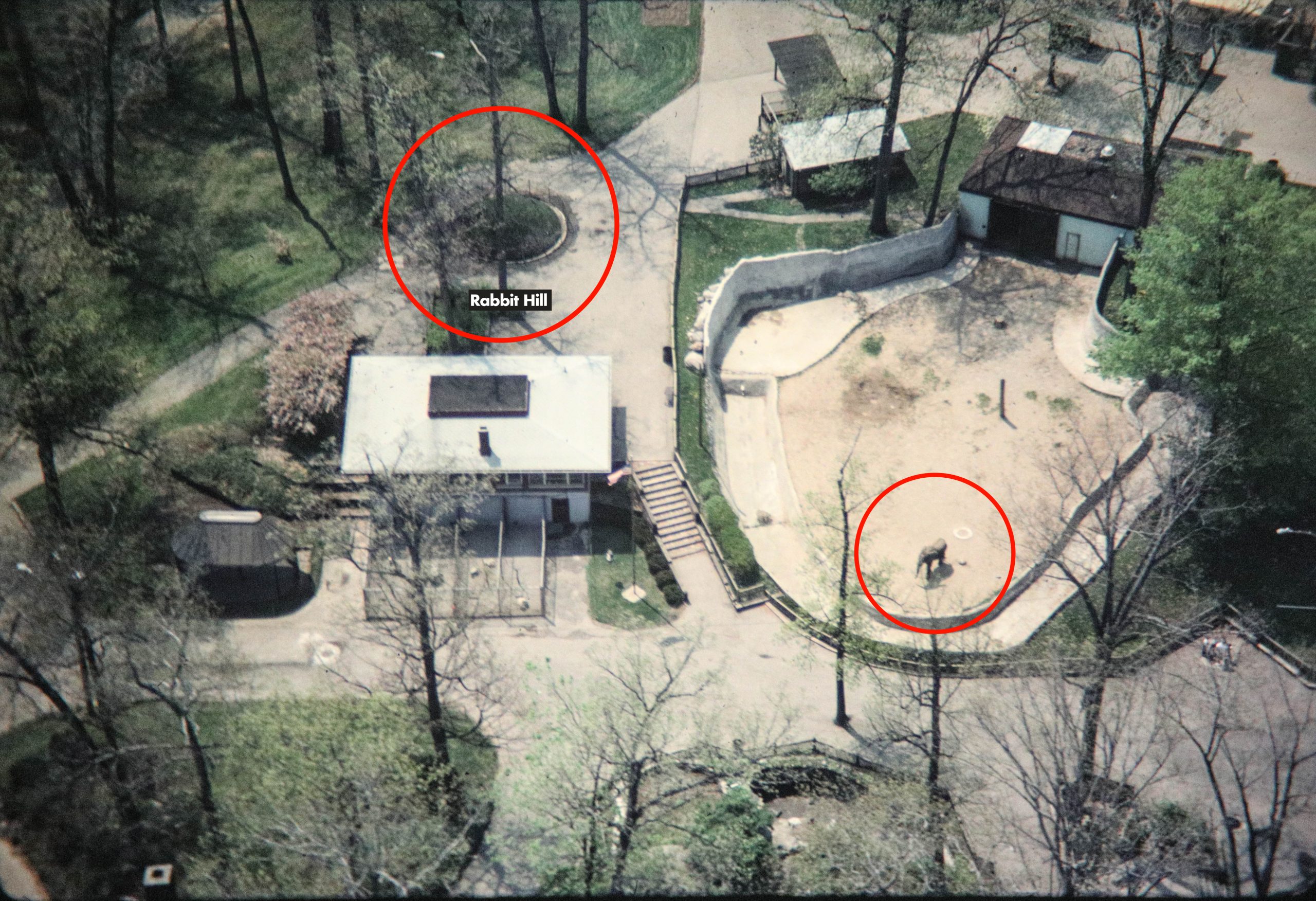 It is likely that the rabbit hill was removed around 1992 during renovations, which included the consolidation of the neighboring contact area with the farmyard. Gone but not forgotten, the exhibit’s three-decade run brought both charm and entertainment to Potter Park, and adults who grew up visiting the zoo still remember it fondly.

Do you have a story about the rabbits or guinea pigs in the hill exhibit? Share your story. Go to “Contact” on this website and leave a message in the drop-down menu to “What is your message regarding?” – “Story Submissions for Zoo Centennial.” Please include the decade or general time frame that applies to your story.