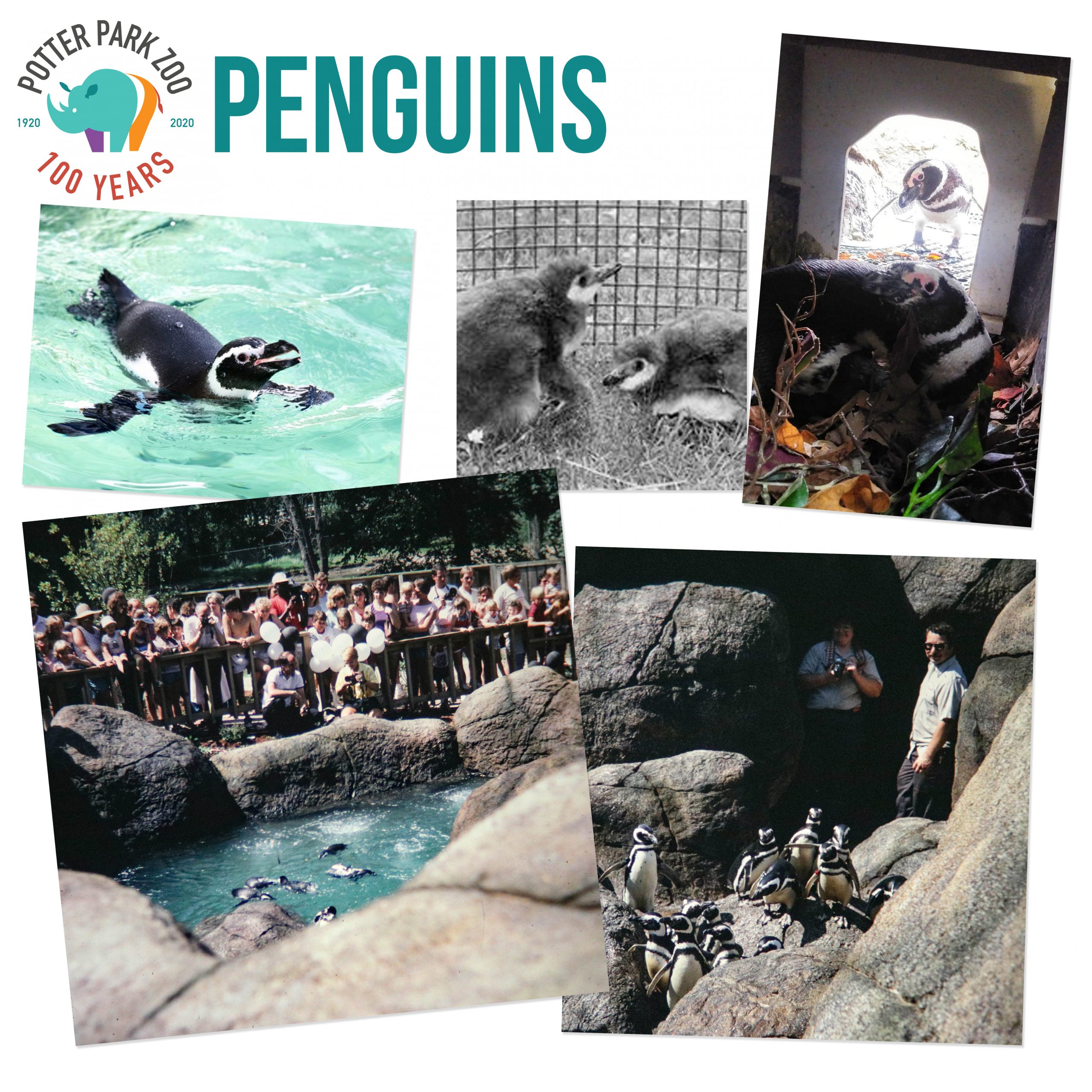 Things were changing in the zoo world in the 1980s and also at Potter Park Zoo. The addition of an appealing group of penguins and their fresh, new exhibit provided a look at things to come.

A Master Plan was developed in 1984 as a vision of the future development of the zoo. Key elements of the Master Plan reflected changing ideas of zoos around world, specifically creating more natural exhibits to simulate native habitats as closely as possible. The goal was to promote natural behaviors and thus improve the animals’ physical and mental health, which would in turn facilitate breeding. This was particularly important for endangered species at the zoo. It would also enhance the experience of zoo visitors. 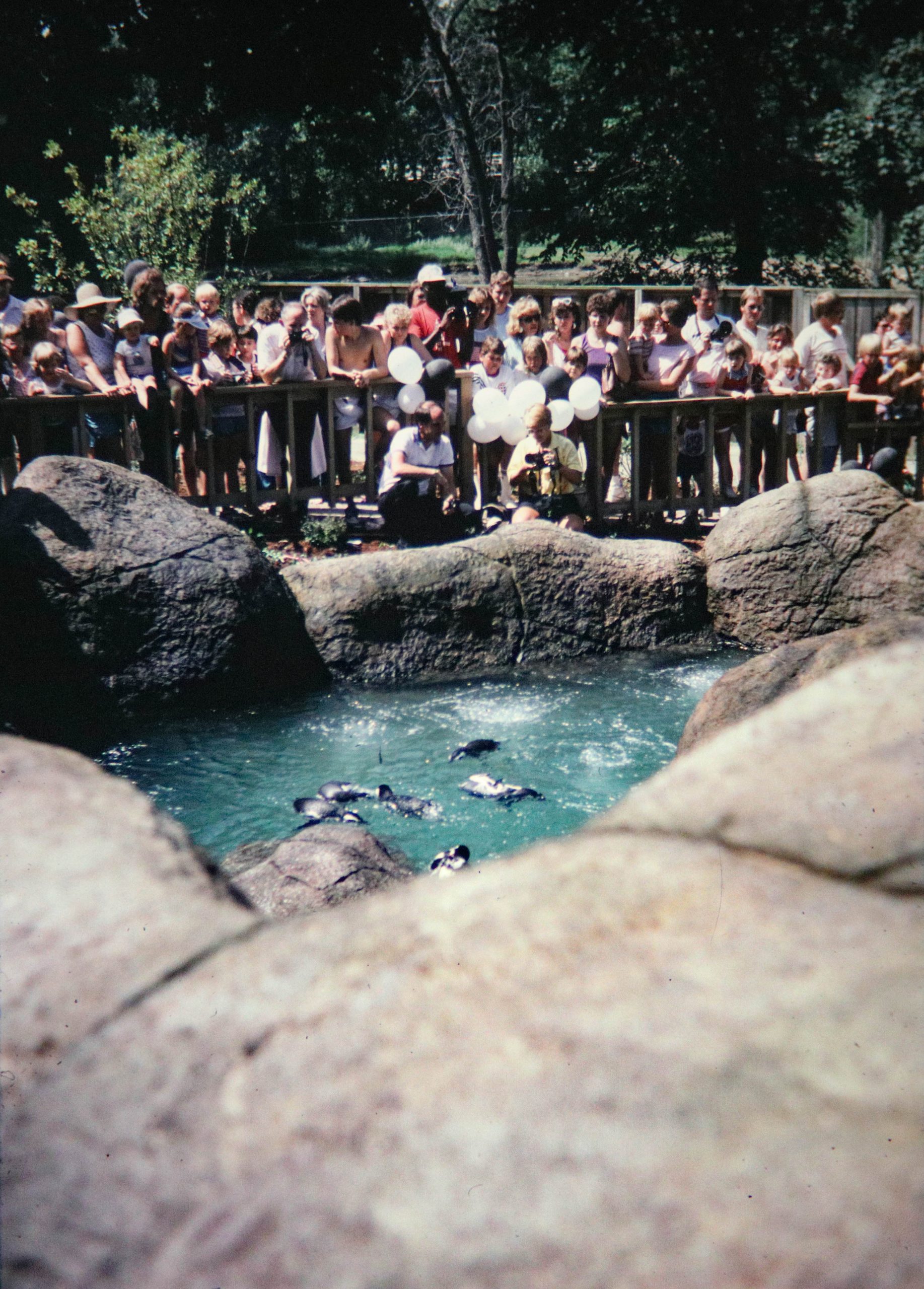 In 1984 Lansing voters approved a $1.5 million bond issue to finance beginning steps to implement the Master Plan. Zoo leaders wanted to start with something big to reward residents for their support. It was decided that a penguin exhibit would fit the bill.

The species would be Magellanic penguins, native to the temperate and sometimes tropical waters of South America that breed on the rocky and sandy shores of southern South America. Imitating that native habitat at the zoo involved the Michigan climate, which suits this species pretty well most of the time; a six-foot-deep pool for swimming, diving, and “porpoising” out of the water; artificial rocky shores to walk; and six nest boxes for pairing up, hatching eggs, and raising young.

Additional features for those times when Michigan temperatures are too hot or too cold include the following: The water is chilled to 50-55°F in the summer. The fan in the rock is used to simulate ocean breezes. Misters overhead in the rocks are used to cool the exhibit. The nest boxes extend into a room behind the exhibit where there is air conditioning or heating, as needed. In extreme temperatures the animals have access behind the scenes. The bubbler keeps the water moving to prevent algae build up on the surface, keep mosquitoes from laying eggs, and prevent ice from forming (which can make the winter water temperature more comfortable than the air temperature). Note that the water is not heated during the winter.

The Detroit Zoo brought in a large shipment of Magellanic penguins caught in Chile and invited Potter Park staff to select from those. Numbers acquired vary in records, but it seems that about fourteen were added to the exhibit.

Opening day in August 1986 was a day of great excitement. There were lots of visitors, a ribbon cutting, and many black and white balloons released (something that would not be done today due to ecological concerns). The door opened and out waddled the penguins to the delight of the crowd.

There were a couple of snags in planning. (1) The door leading from the indoor behind-the-scenes area to the outside exhibit space was built for a penguin – and not a person. The result was that zookeepers had to crouch and crawl through a three-foot door to access the outside. (2) The realization that the architects had underestimated the penguins’ ability to jump out of the water was discovered when penguins leapt out of the exhibit and waddled down a zoo pathway. The solution was to extend the rocks that were close to the edge of the pool farther out over the water, and it worked. 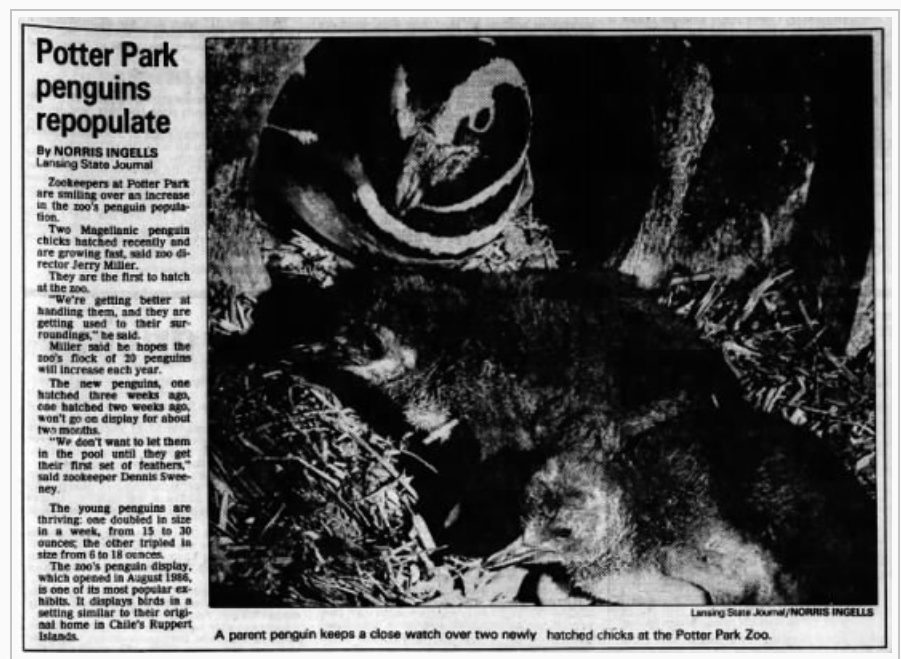 The penguins settled in. The first eggs were laid in spring 1987, but did not hatch successfully. In spring of 1988 two eggs were hatched and the young grew quickly. Since 1988, the zoo has hatched 50 penguins.

The penguin exhibit has been a fun place to enjoy some unusual birds. It has also been a site for focused lessons on the species and its many adaptations, predator-prey relationships, and parental care as well as exhibit design. It has represented not only a new age in enclosures, but has provided new opportunities for educational efforts that were growing at the zoo – and it continues to do so.

Do you have a story about the penguins at the zoo? Share your story. Go to “Contact” on this website and leave a message in the drop-down menu to “What is your message regarding?” – “Story Submissions for Zoo Centennial.” Please include the decade or general time frame that applies to your story. 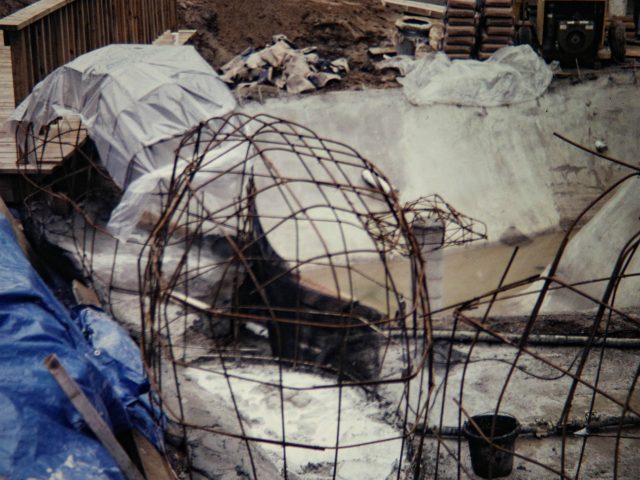 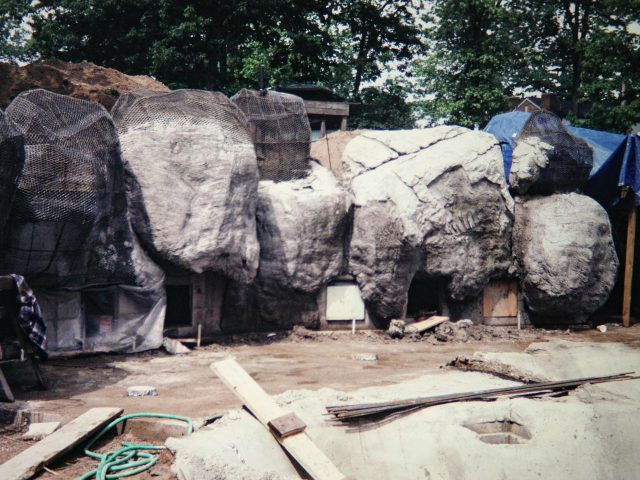 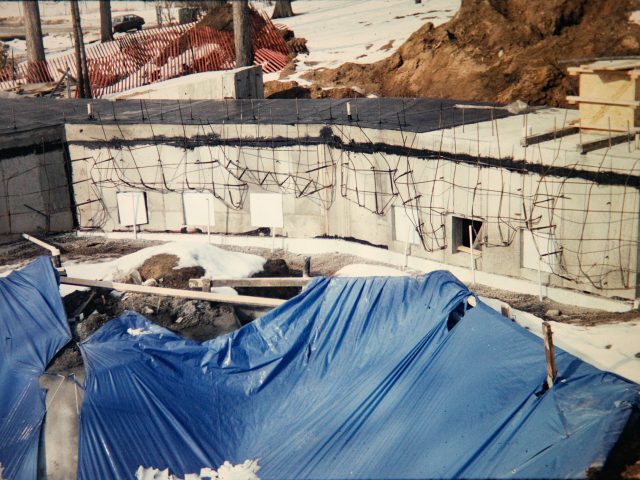 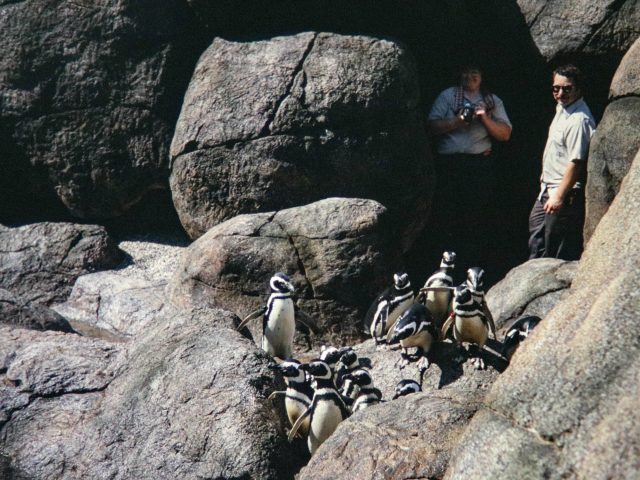 Photos from the construction of the penguin exhibit which began in 1984.