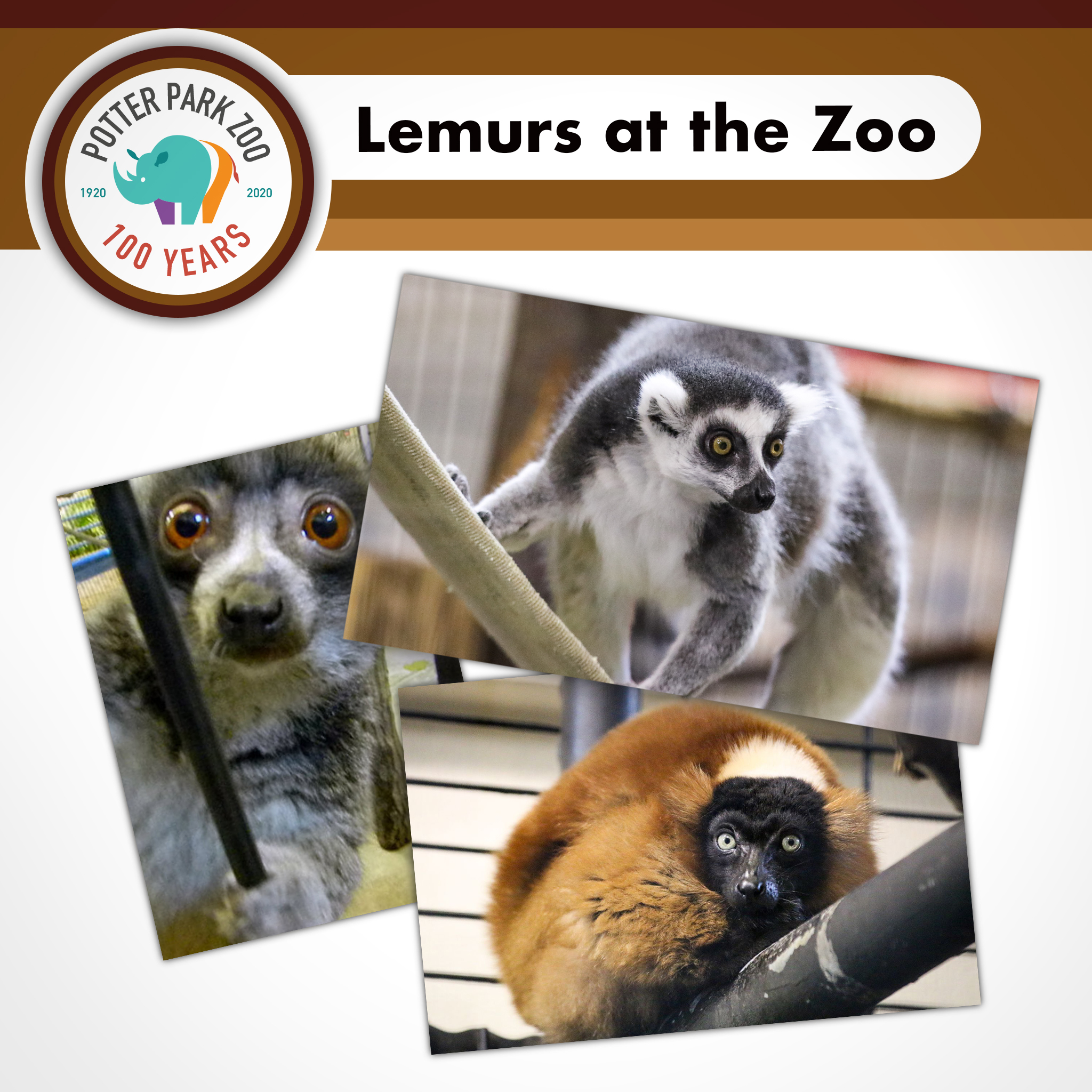 Kyna and Madi are Potter Park Zoo’s new ring-tailed lemurs. This mother-daughter pair begins a new era of lemurs at the zoo after thirty years since the first troop arrived in 1988 as a new species at the zoo. That first year they summered on the old Monkey Island and wintered indoors before moving into the renovated Feline/Primate House when it opened in 1989.

The group of ten formed the core that would populate the exhibit for the next two decades. Visitors might remember their identification necklaces: some with metal tags with numbers or different patterns of colored beads. Some retained their special IDs, even after the zoo went to microchips for identification.

The first birth was Lulu, who was born on the 4th of July in 1988. She was friendly, took to behavior training, and produced several babies. She also lived 29 years, well beyond the median life expectancy of about 16 years for ring-tailed lemurs and one of the last four lemurs in the troop to pass in the late 2010s.

Babies were common through the spring and summer months in the first decade. There were typically one-to-three females giving birth in a season.  A zookeeper recalls one female delivering her baby in front of the exhibit window as she pulled the baby out with her hands. 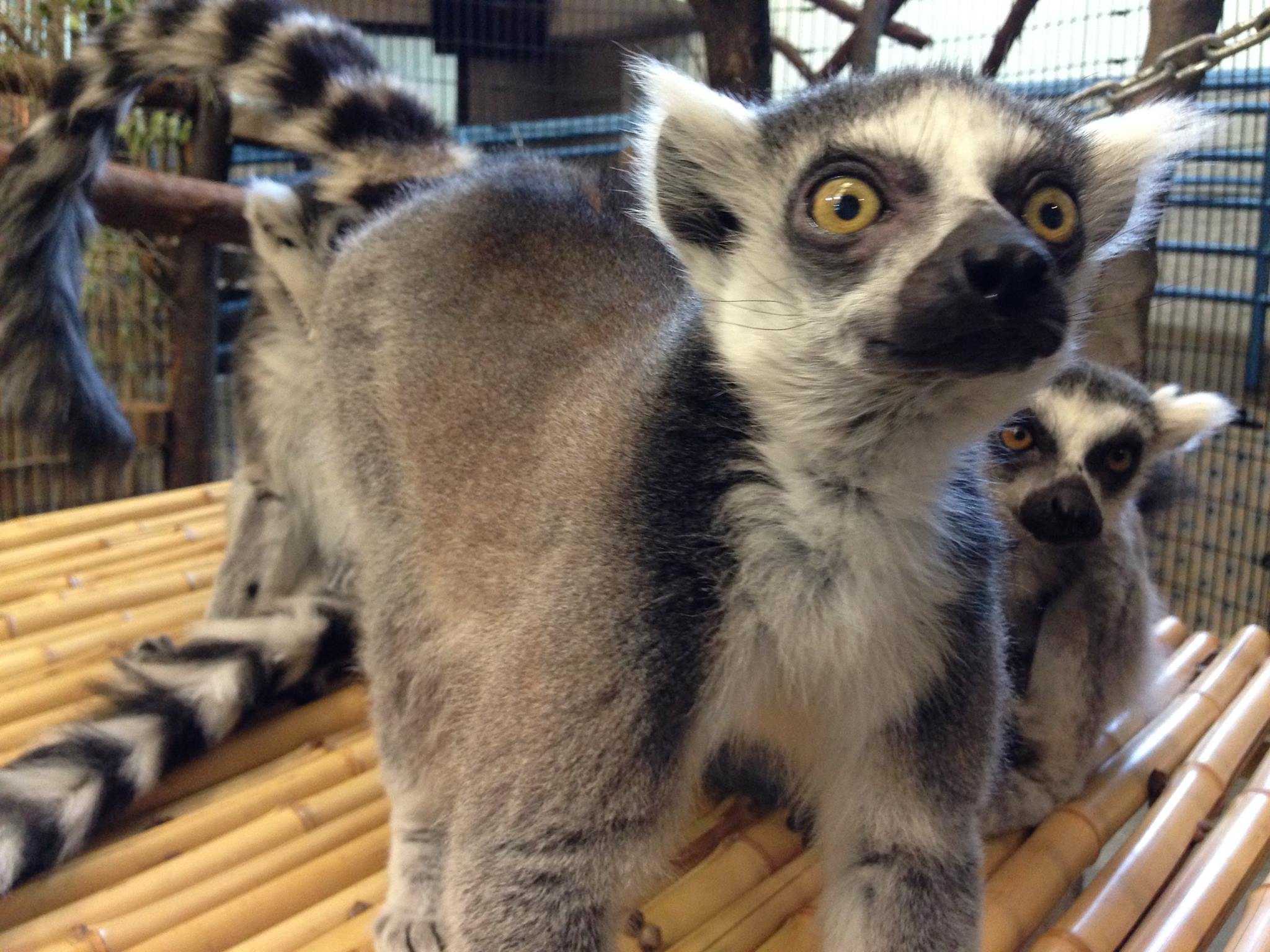 Lulu the Lemur on her 29th birthday

The adults seemed to tolerate the babies running around the group. Most were sent to other zoos by the time they reached maturity at two to three years of age, but several remained in the group for many years. The last breeding occurred in 1997, after which the group gradually aged and the numbers declined in the next two decades. 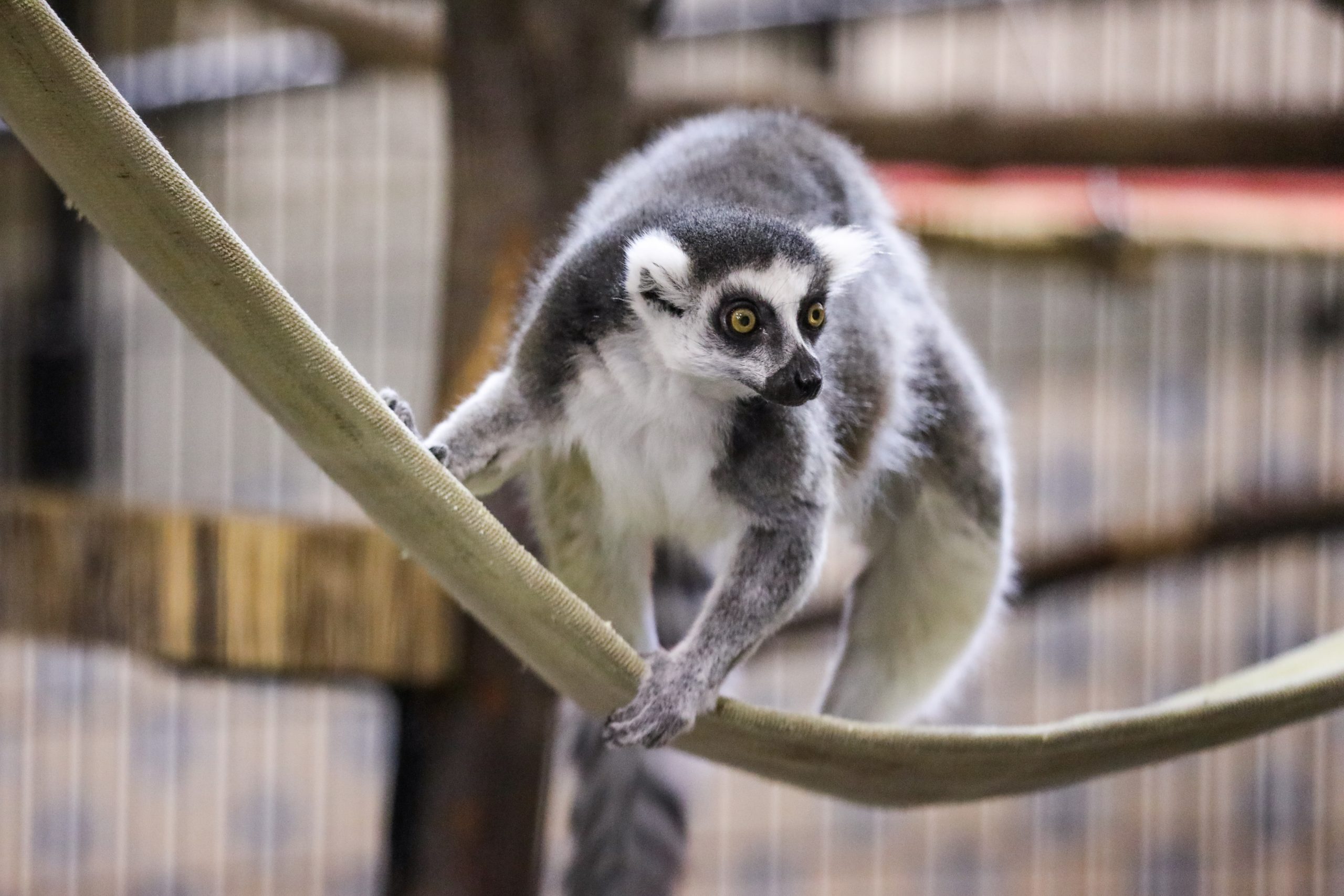 There was a lot to see. In addition to the female-dominated family life of these lemurs, they were very active showing off their agility in the tree branches, leaping from one to the other. Like the wild counterparts of their species, they also spent a good deal of time on the ground, traveling on all fours. They could be seen basking outside on a sunny day in a “yoga pose,” with bellies to the sun and arms and legs out to their sides to absorb the warmth. Enrichments encouraged these natural foragers to use their hands in obtaining food.

There could also be a lot to hear coming from the exhibit. Their ear-piercing alarm calls could be prompted by abrupt sounds or even the llamas being walked past their outdoor exhibit (as was done in earlier days). 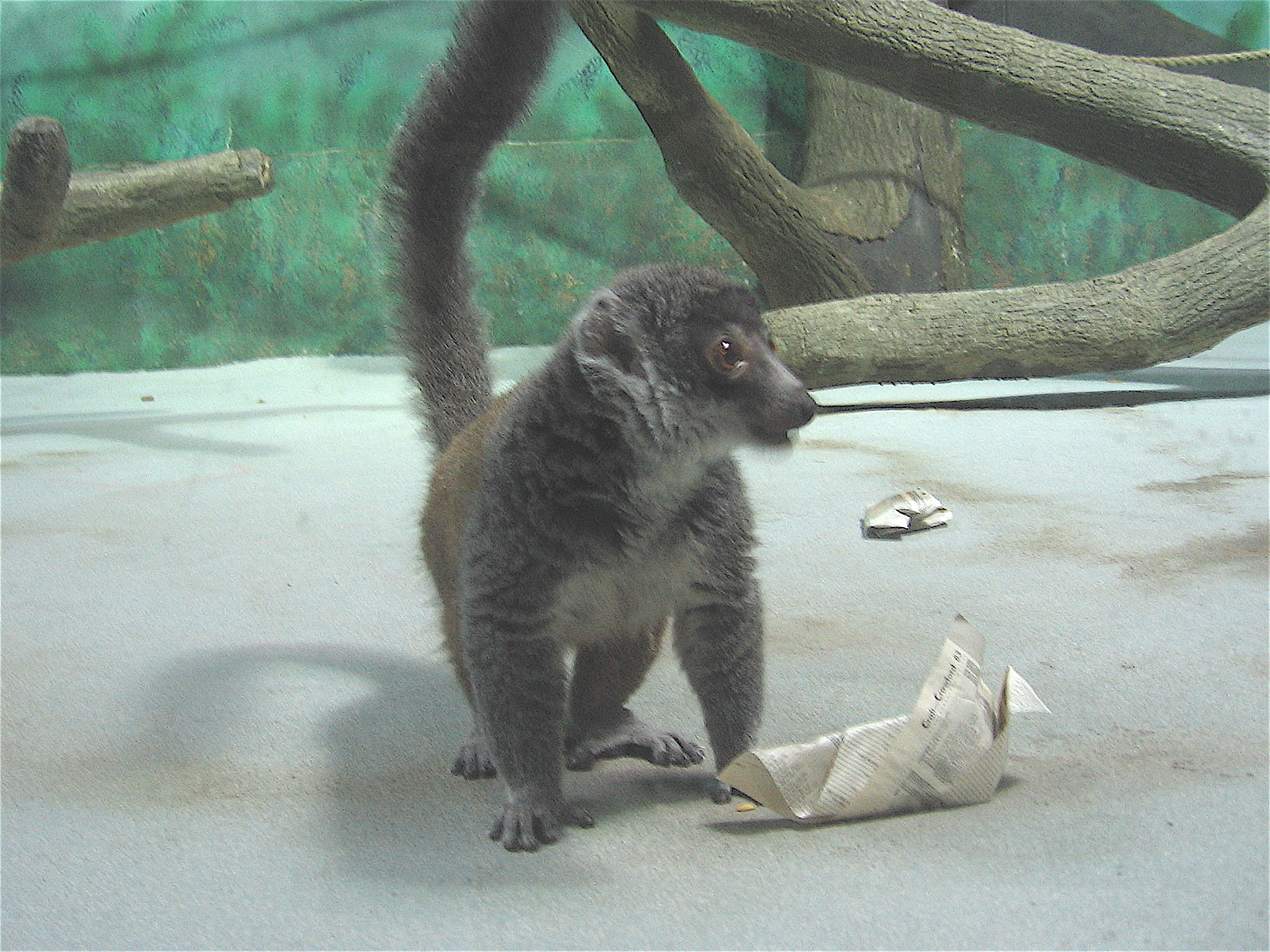 A female mongoose lemur came to the zoo in 1996, as breeding was soon to end for the ring-tailed lemurs. She was later paired with three different males: First was Manuel in 2000, who passed away after living a long life of over 31 years; then Alex in 2003; and finally, Duggan in 2011.  Female Maddie was born in 2006 and remained for two years until she was sent to another facility. 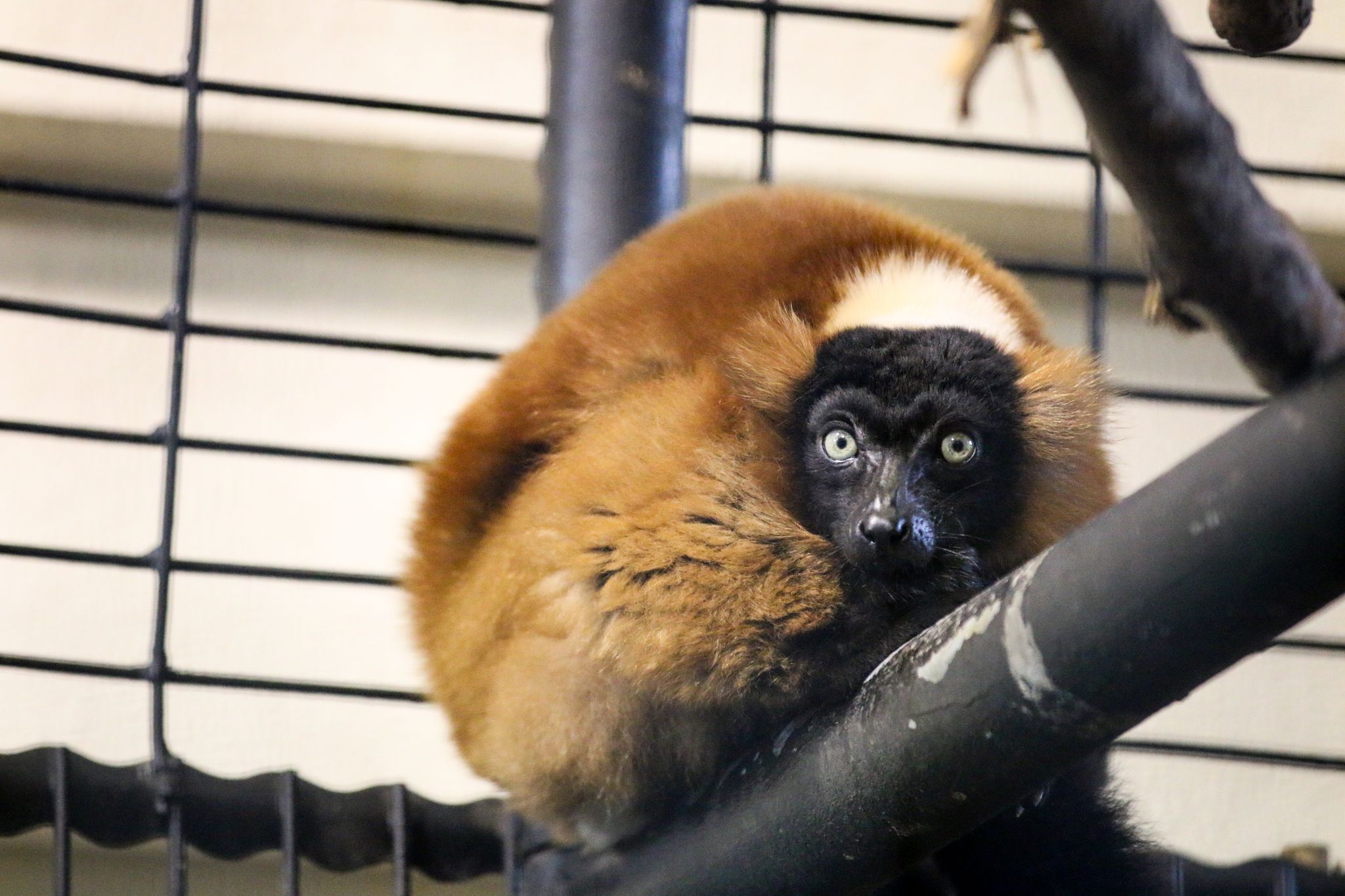 For five years there were three lemur species in the Feline/Primate House. The last of the mongoose lemurs left in 2013, with one dying and the other relocating to another institution. The red-ruffed lemurs left in 2018, again with one passing away and the other off to another zoo. A few months later the ring-tailed lemur group was down to two elderly females, living a quiet life. They retired off exhibit, but there was one more adventure for them. The two spent the summer of 2019 enjoying an outdoor exhibit at the back of the zoo across from the Bird House. Both passed away in the following winter.

After a brief time without lemurs, we welcome Kyna and Madi, the new ring-tailed lemurs, and look forward to more lemur action at the zoo. 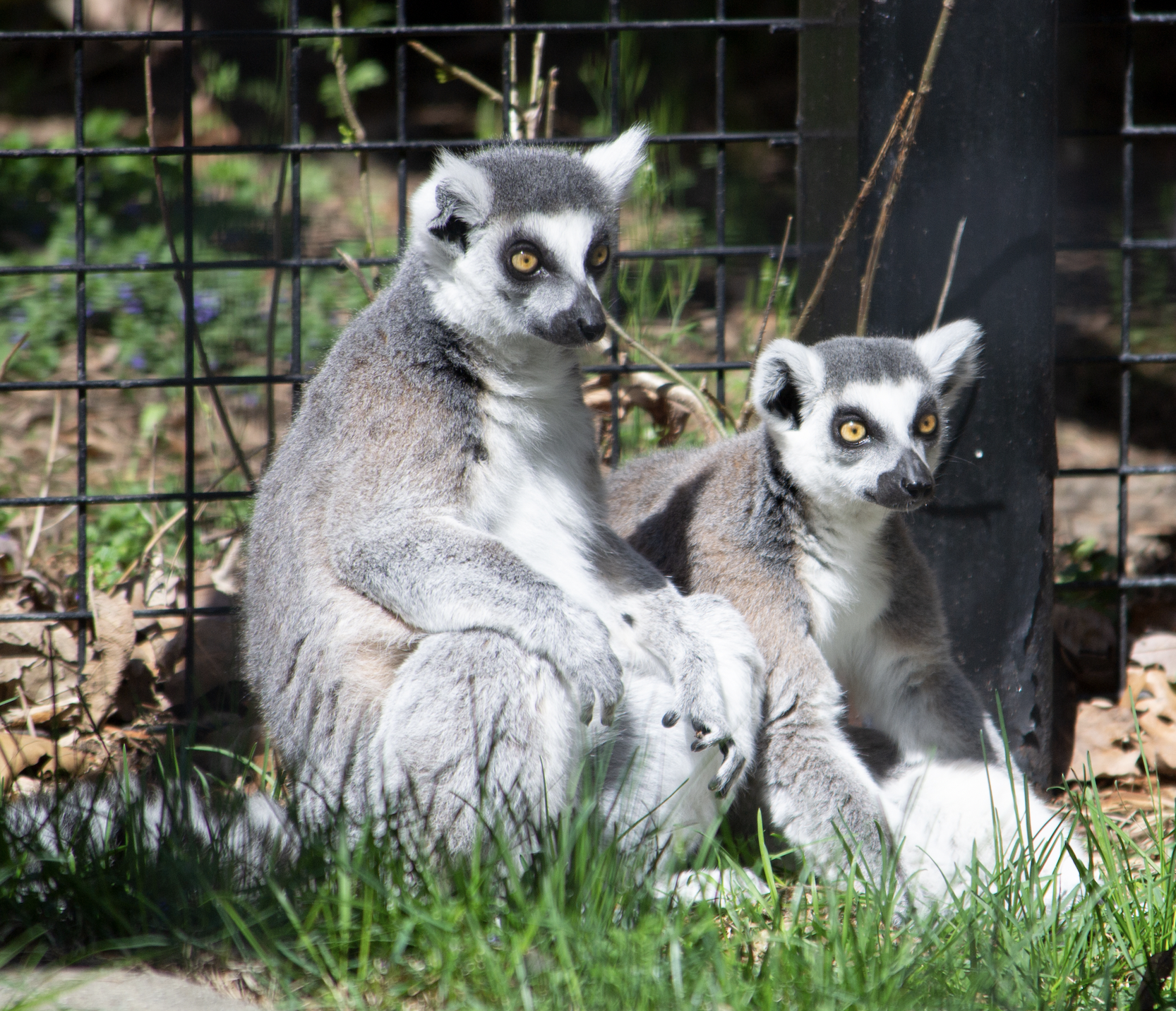 Do you have a story about lemurs at the zoo? Share your story. Go to “Contact” on this website and leave a message in the drop-down menu to “What is your message regarding?” – “Story Submissions for Zoo Centennial.” Please include the decade or general time frame that applies to your story.