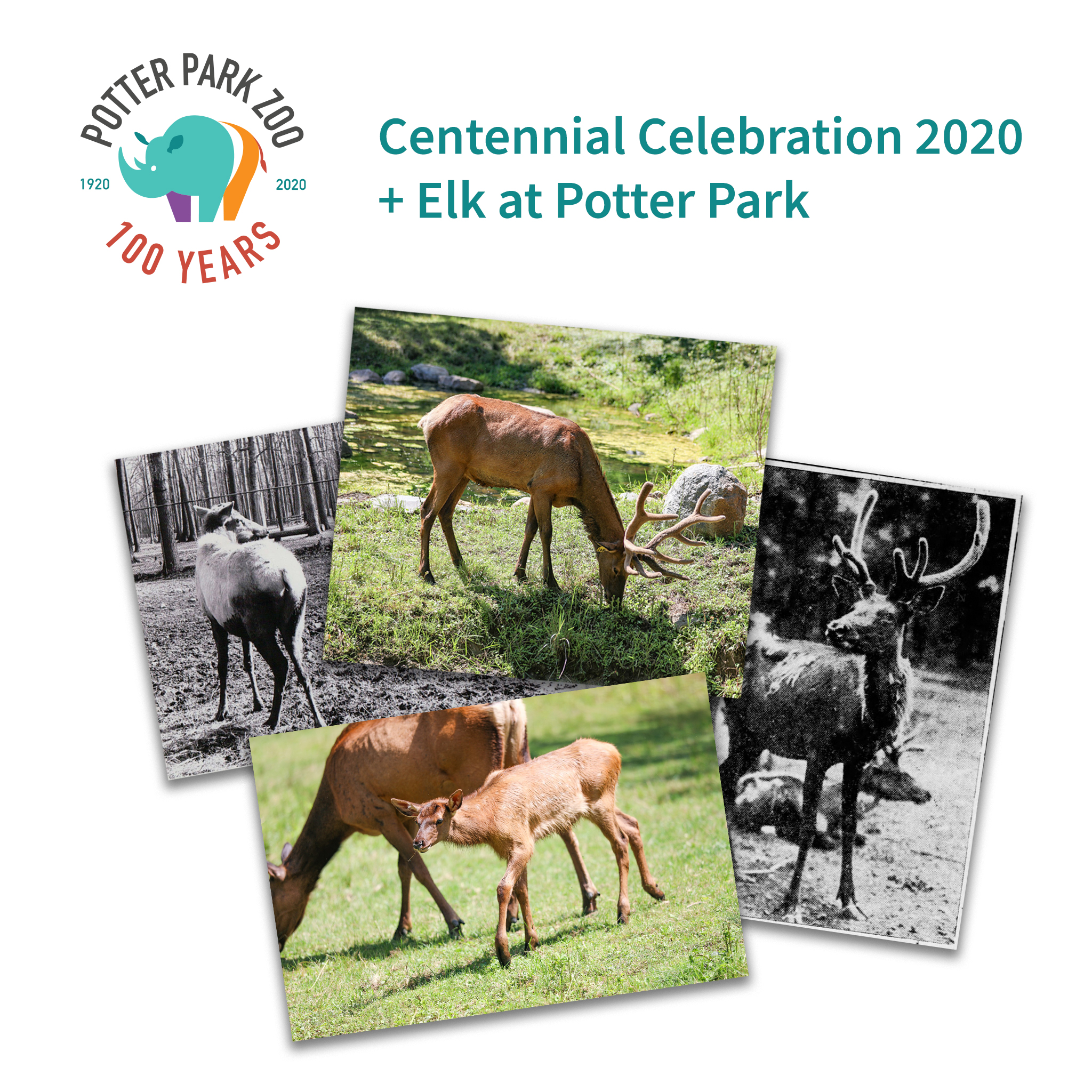 During the 2020 centennial year, elk returned to Potter Park. As one of the zoo’s first notable species, the elk is a wonderful symbol of Potter Park’s growth and success, and we’re happy to have them back.

In 1918 and 1919, Potter Park was still in its early stages, with a small but growing collection of animals. Soon thereafter, an elk was a transferred from Lansing’s Moores Park (which had acquired a number of the animals from former mayor James M. Turner’s estate, now under city ownership). This was seemingly connected to Potter Park’s acquisition of “zoo” status—an achievement bolstered by the city’s provision of permanent zoo buildings in 1920. Due to these significant events, 1920 is accepted to be the zoo’s founding year. Elk could be found at Potter Park in each decade following until the 2000s. 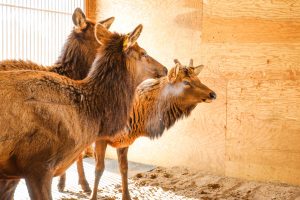 The new elk arrived at the zoo in February 2020, and reside in the old moose exhibit. There are three adults, including one male (Emmett) and two females (Sadge and Belle). They were born in 2018, 2016, and 2015 respectively. The three have now been at Potter Park for almost a year. 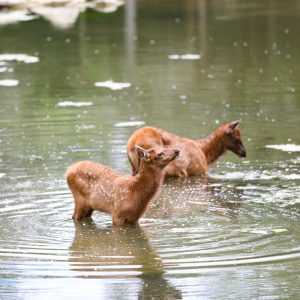 Belle gave birth to female Nina on May 20, 2020, and Sadge to male Mason on June 5, 2020. Both females were pregnant when they arrived, and the fathers’ identities are unknown to us (neither one is Emmet). The calves have since grown nicely, shedding their spotted fur and taking on their adult coloration (though both are still smaller than the adults). The group interacts as a herd and spends much of their time in close proximity.

Due to of the constraints of COVID-19, the zoo scaled back its 2020 centennial celebration plans and focused instead on engaging the community and recounting zoo history in a fun and accessible way. This was accomplished via social media and blog postings, along with the zoo’s new walking tour installation.

When conditions allow, we hope to revisit our original centennial plans and engage with the community head-on. Until then, we’ll continue showcasing our role as a modern zoo and rallying support for our efforts however possible. Follow us on social media or check the website for updates in the months ahead.

Do you have a story about elk at the zoo or the centennial? Share your story. Click here and in the drop-down on this page that says “What is your message regarding?” and select “Story Submissions for Zoo Centennial.” Please include the decade or general time frame that applies to your story.