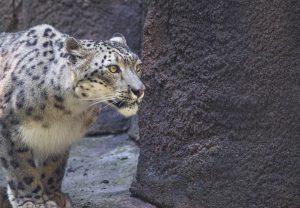 The Potter Park Zoo team is excited to announce that their newest resident is ready to make his debut.  Snow leopard Taza (pronounce tuh-ZAH), arrived at Potter Park Zoo from Lincoln Park Zoo in May following a recommendation from the Association of Zoos and Aquariums (AZA) snow leopard species survival program.

Taza was born July 19, 2013. Since his arrival Taza has been getting to know his caretakers and becoming comfortable with moving around off-exhibit spaces.

“We knew he was a shy cat, based on the information shared by his previous zoo,” said Pat Fountain, Animal Care Supervisor, “so it was important that the zookeepers established a good relationship with him right from the start. 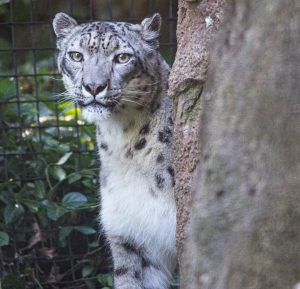 Taza came to Potter Park Zoo with training in several behaviors that will help facilitate his husbandry care and animal care staff is continuing to reinforce these behaviors.

Recommendations from the Species Survival Plan aim to ensure the survival of designated species by having a genetically diverse and healthy population in zoos and aquariums. These recommendations can result in the need to move an animal to a new zoo.

“Right now, Potter Park Zoo is the best place for Taza to be and we’re very excited to have him here,” said Pat Fountain.

Currently, there are 140 snow leopards in 52 AZA accredited zoos in North America.

Potter Park Zoo guests can see Taza in the snow leopard exhibit. The zoo is open from 9 a.m. to 5 p.m every day. 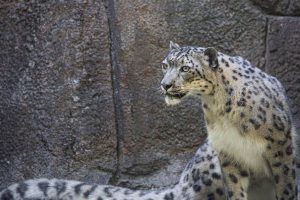