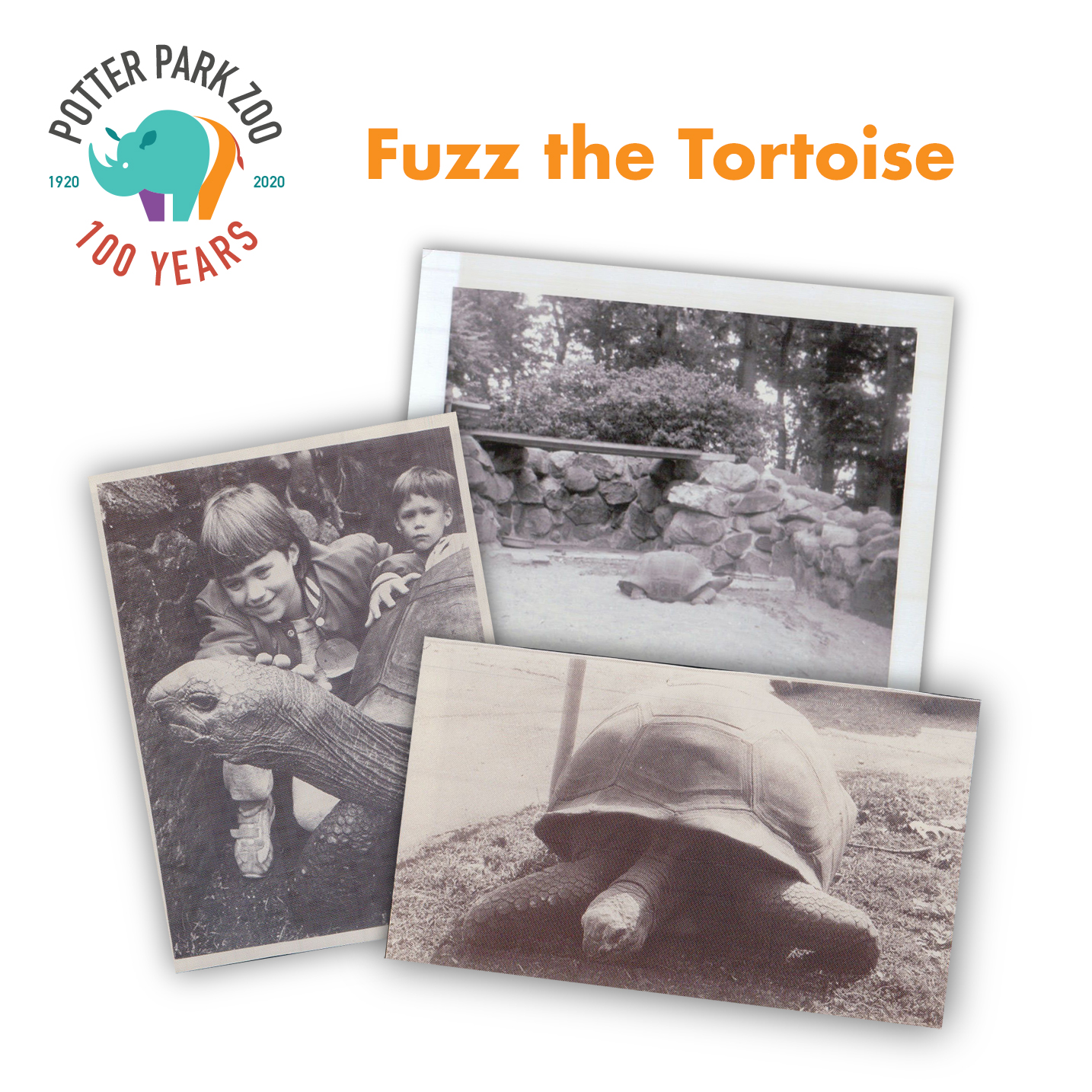 Fuzz is an Aldabra tortoise who joined Potter Park in the 1970’s and remained at the zoo for 29 years. His purchase was facilitated by a $500 donation to the Friends of the Zoo Society, which was gifted on behalf of 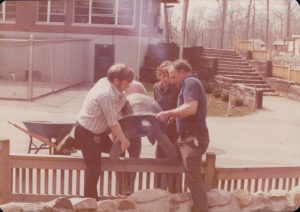 the Fraternal Order of Police. Due to their generosity, the FOP was given naming rights, and chose “Fuzz” due to its designation as a slang term for the police. The new tortoise’s arrival was accompanied by police escort, and met with great enthusiasm. In addition to the police, there were multiple reporters and many delighted children waiting to welcome Fuzz to his new home. 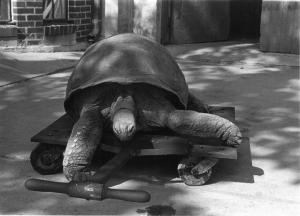 Fuzz was born in the wild, and records indicate that his estimated age was 35 years when he was purchased. Upon his arrival in 1972, he was quite a large presence at the zoo. Due to his gigantic size, multiple keepers were required to lift him — though a wheelbarrow or low, wheeled cart was used for longer trips. Children at summer camp enjoyed close-up experiences with him, and he was a feature in many group photos. In the winter, a heat lamp kept his room warm, and keepers would affix a thermometer to his shell to ensure suitable temperatures were met. While Fuzz was the first Aldabra tortoise at Potter Park, he would not be the last. Dozer joined the zoo from 1978 to 2005, and Millie from 1990 to 2007. 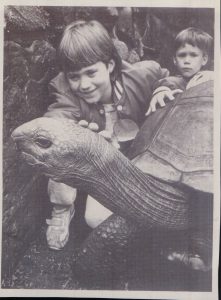 In 2004 he was relocated to the St. Louis Zoo, where he still resides at the age of 84. It is unknown what the lifespan of the Aldabra is in the wild, but estimates are likely over 100.

Do you have a story about Fuzz or the other tortoises at the zoo? Share your story. Click here and in the drop-down on this page that says “What is your message regarding?” and select “Story Submissions for Zoo Centennial.” Please include the decade or general time frame that applies to your story.