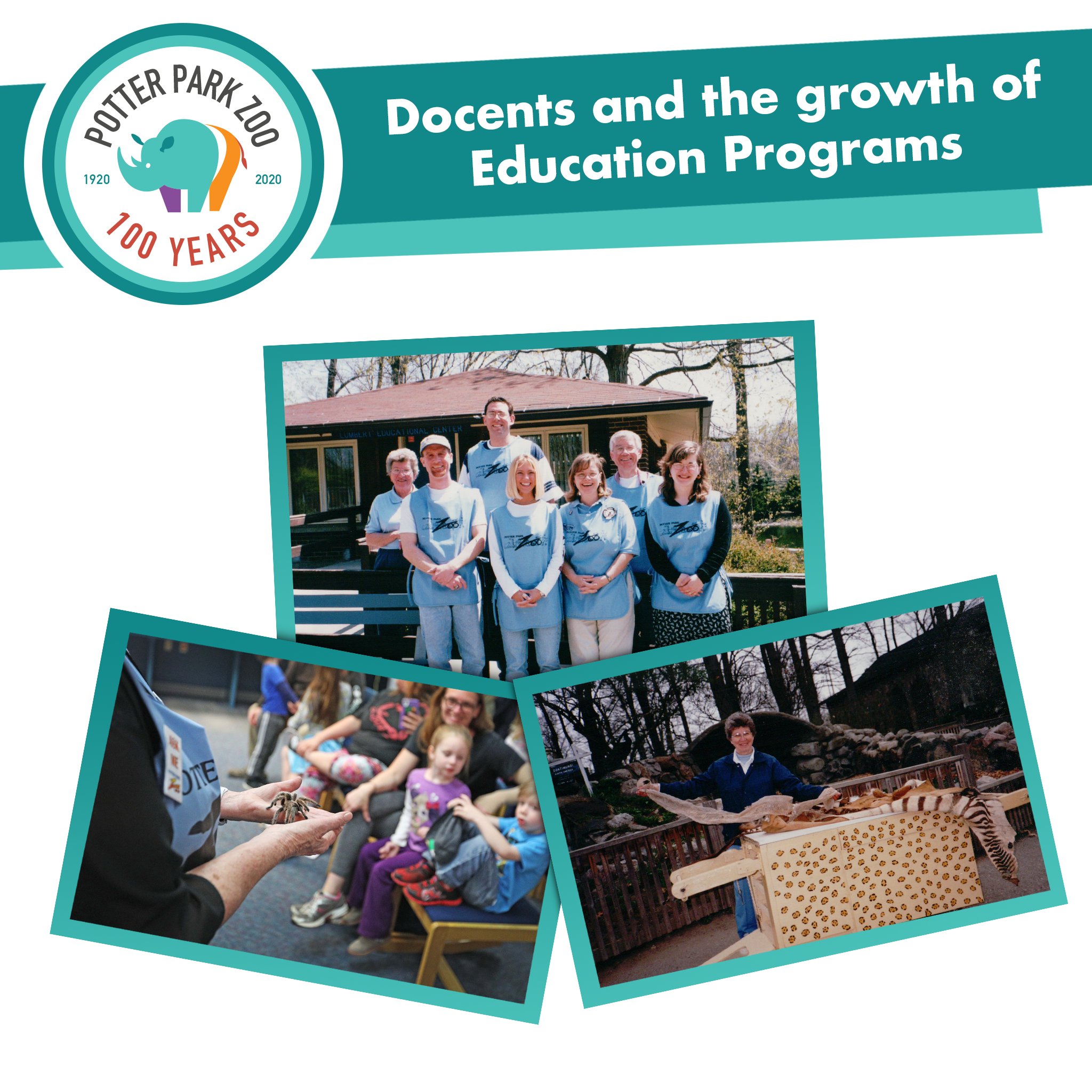 Recognizable by their blue vests, our volunteer educators (or docents, as they have been known for much of their 35-year history) are passionate about interacting with guests of all ages. Through countless hours of time and expertise, they have furthered our mission to promote conservation goals and inspire connections between wildlife and the community. By guiding tours, working artifact stations, and leading presentations with special ambassador animals, docents have played a crucial role in the growth and success of our education programs.

In the 1980s, the zoo world was changing, with an increasing focus on education and conservation. In light of these changes, The Friends of the Zoo Society (predecessor to the current Potter Park Zoological Society) began their involvement at the zoo. Starting in 1981, the group hired a series of Michigan State University students with environmental education backgrounds to lead the program as part-time education directors. In support of these efforts, the Duck Pond Overlook (now the Public Safety Building) was enclosed and reopened as the Education Center in 1982. In the next two decades this one-room structure would serve as an office, library, meeting space, docent training center, and 15 student classroom. 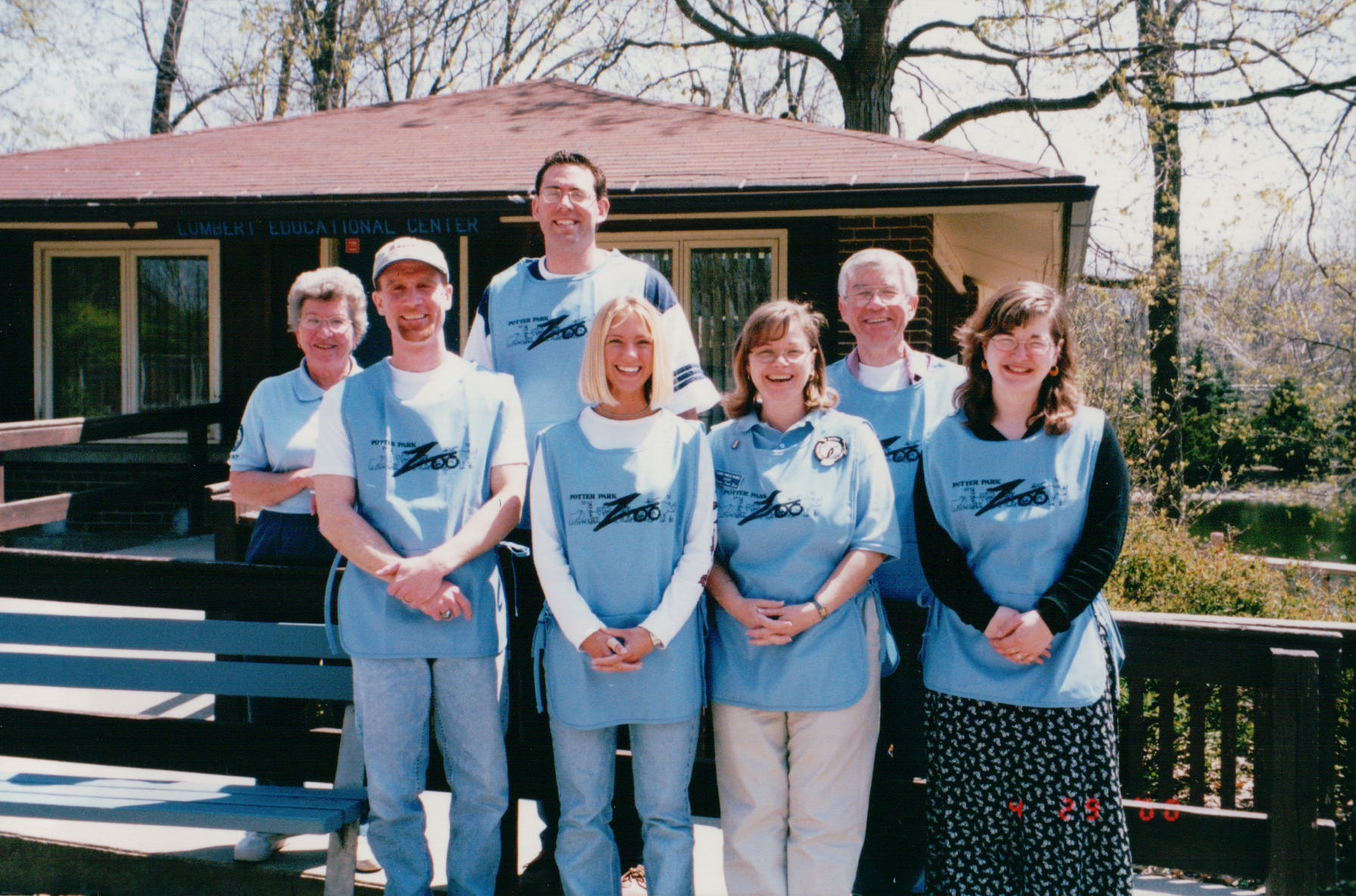 The zoo was accredited by the Association of Zoological Parks and Aquariums (AAZPA) for the first time in 1986, emphasizing the importance of an education program. To offer more programs, the education director at the time developed a small cadre of volunteers called the VIP program (volunteer interpretive persons), and would allow graduating VIPs to lead tours and slide programs. After an internship period, they could attend further training for permission to handle ambassador animals in special presentations. There were six graduates in the first group, and a second class of ten in 1987. In 1988 the VIP program became the docent program and has trained volunteer educators to serve at Potter Park ever since. Under their new name, docents would continue conducting tours and working artifact stations on grounds, in addition to leading outreaches with live animals in the community. 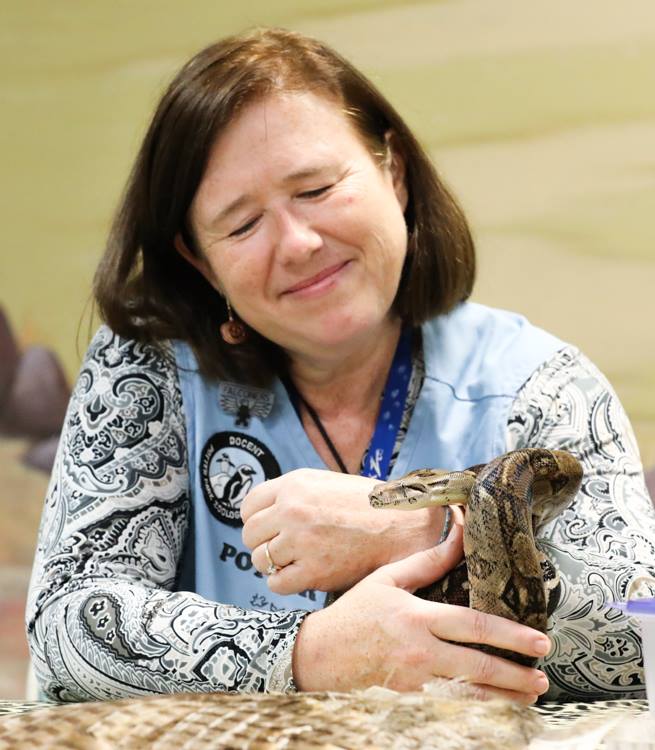 In 1990, a new, full-time education director took over. She held the position for a decade and provided the stability and long-term leadership that enabled the program to grow. By this time, a new conservation-centered ethos had firmly engrained itself at Potter Park. It was not enough that the guests be entertained – the zoo would need to portray its animals as part of a larger conservation effort, and couple them with opportunities for education. While exhibit signage went a long way towards this goal, the new docent-led animal presentations took a much more direct and hands-on approach.

To prepare for a presentation, docents would first need to collect the ambassador animals from their enclosures. The first docent class graduated in 1988, and the animals were housed in the Bird House basement at the time. In 1992, this location changed to the new Animal Encounters Building in the Farmyard (now the Animal Clinic). The nearby amphitheater was now an option for docents when educating with animals on grounds. An alligator was among the residents of the new building – others over the years included ferrets, turtles, snakes, and a parrot named Tucker. 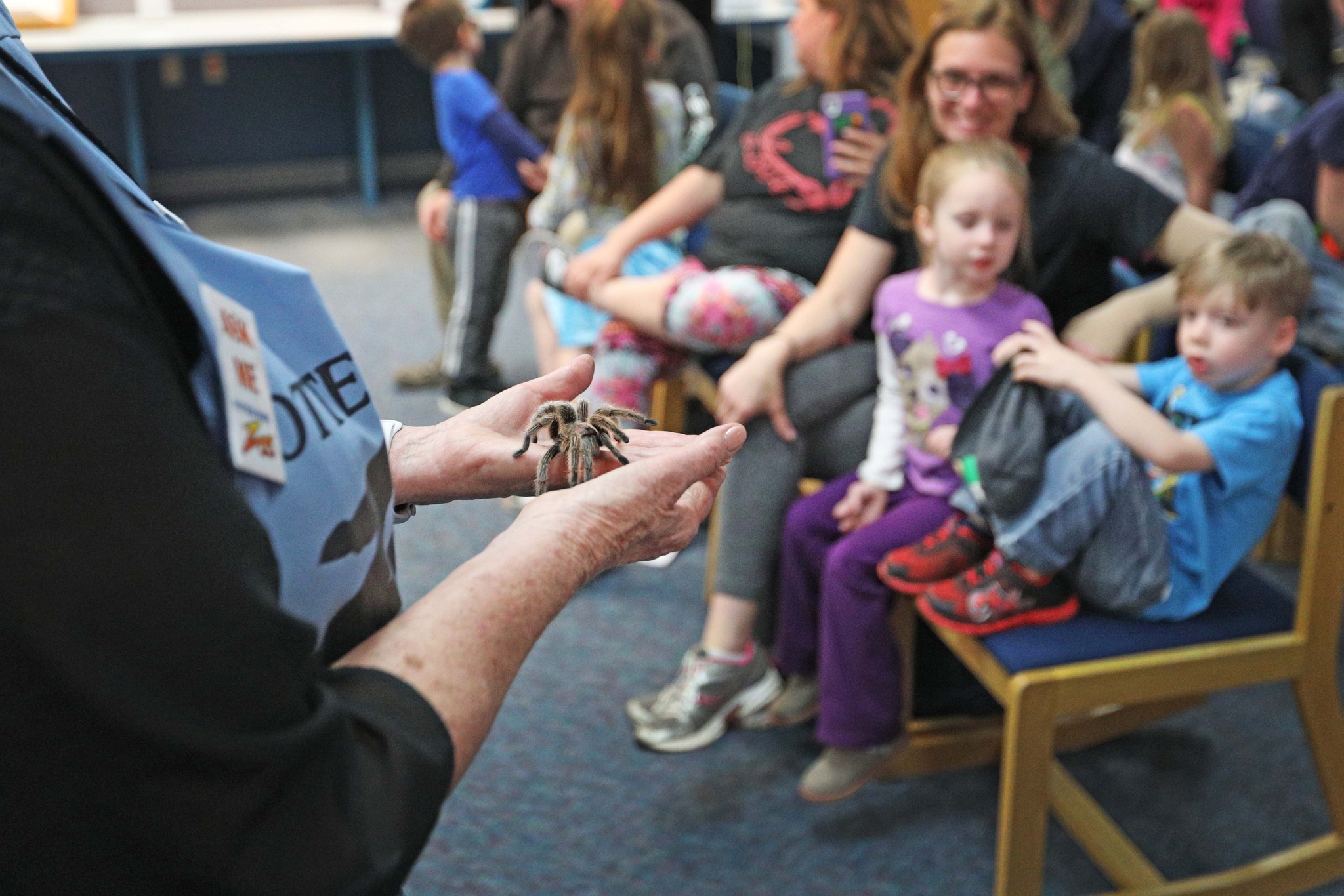 In 2000, the new Discovery Center became the hub of the education department. It offered two classrooms, a large multipurpose room, a library, offices, a temporary exhibit space, and a volunteer lounge. In addition, there were special quarters for ambassador animals and storage for animal artifacts such as skulls and pelts. This building has facilitated new offerings for the public and provided numerous outlets for docents to follow their passion. New and expanded programs included the Zookambi Summer Camp, the award-winning BIG Zoo Lesson (2000), High School Animal Science and Zoo Management classes (2008, in conjunction with Eaton RESA), FALCONERS (2016), and the award-winning Zoo in Your Neighborhood (2017). Look for more about specific programs in future blogs.

Do you have a story about docents at the zoo or education programs you have experienced? Share your story. Click here and in the drop-down on this page that says “What is your message regarding?” and select “Story Submissions for Zoo Centennial.” Please include the decade or general time frame that applies to your story.