You may have seen one in your own backyard! 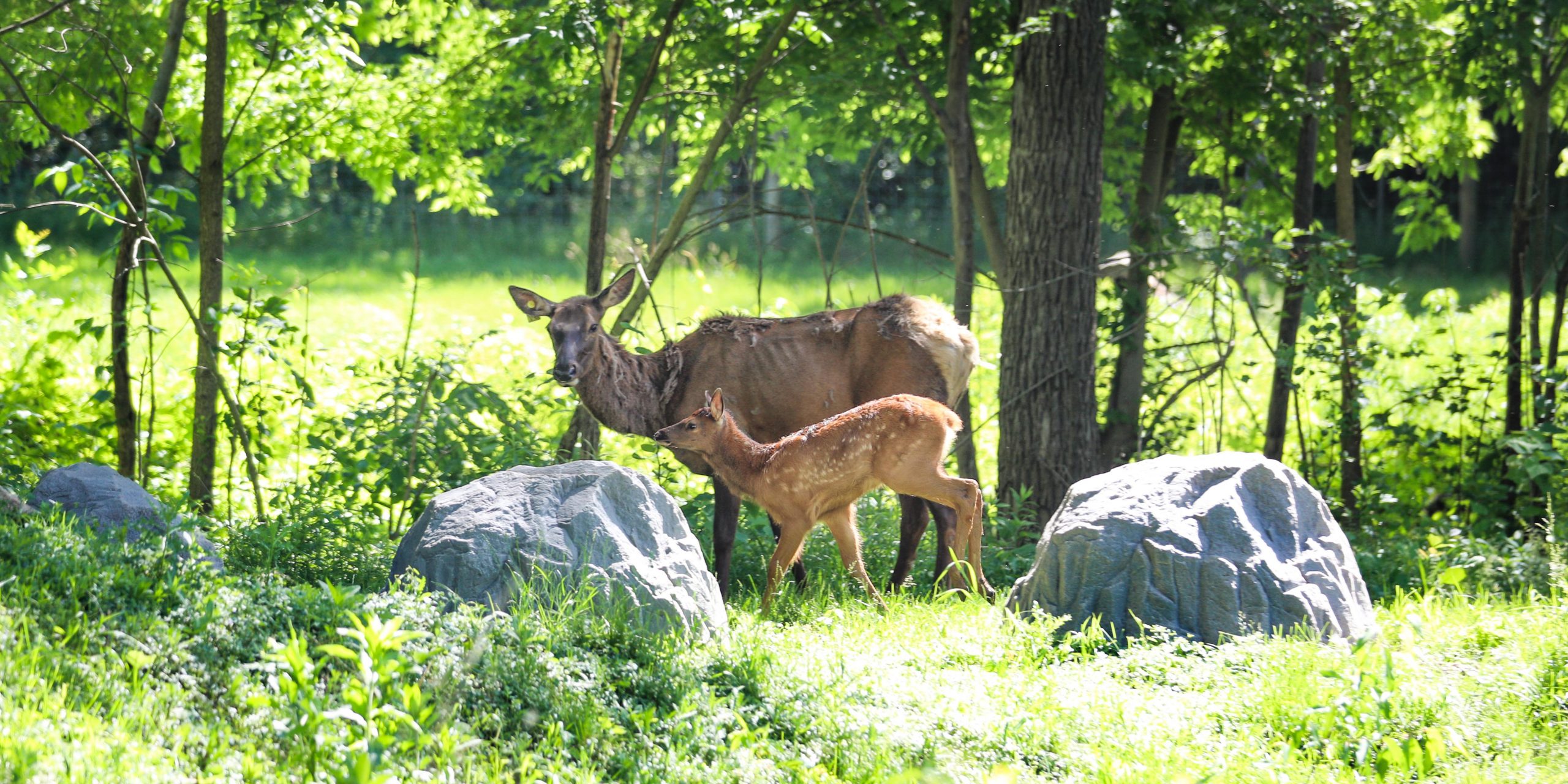 What is a cervid? While you might not recognize the term, you have probably seen one or more in a back yard or nearby corn field. Cervids are deer! The term cervid comes from the family name of Cervidae. This includes deer, elk, moose, and more.

Here at Potter Park Zoo our largest resident cervids are elk. We have three females (cows) and two male (bulls) elk. The size of elk can be a bit deceiving because when you think of deer you think they are the size of a white-tailed deer, which is most common kind of deer in Michigan, but elk are actually much larger. A bull elk (the males) weighs on average over 700 lbs. A set of antlers can weigh anywhere from 20-40lbs, about the size of a small child. One of the most unique things about elk is the sound made by males called a bugle. It can be used to alert the herd of danger nearby or to let females know that a male is available to mate. 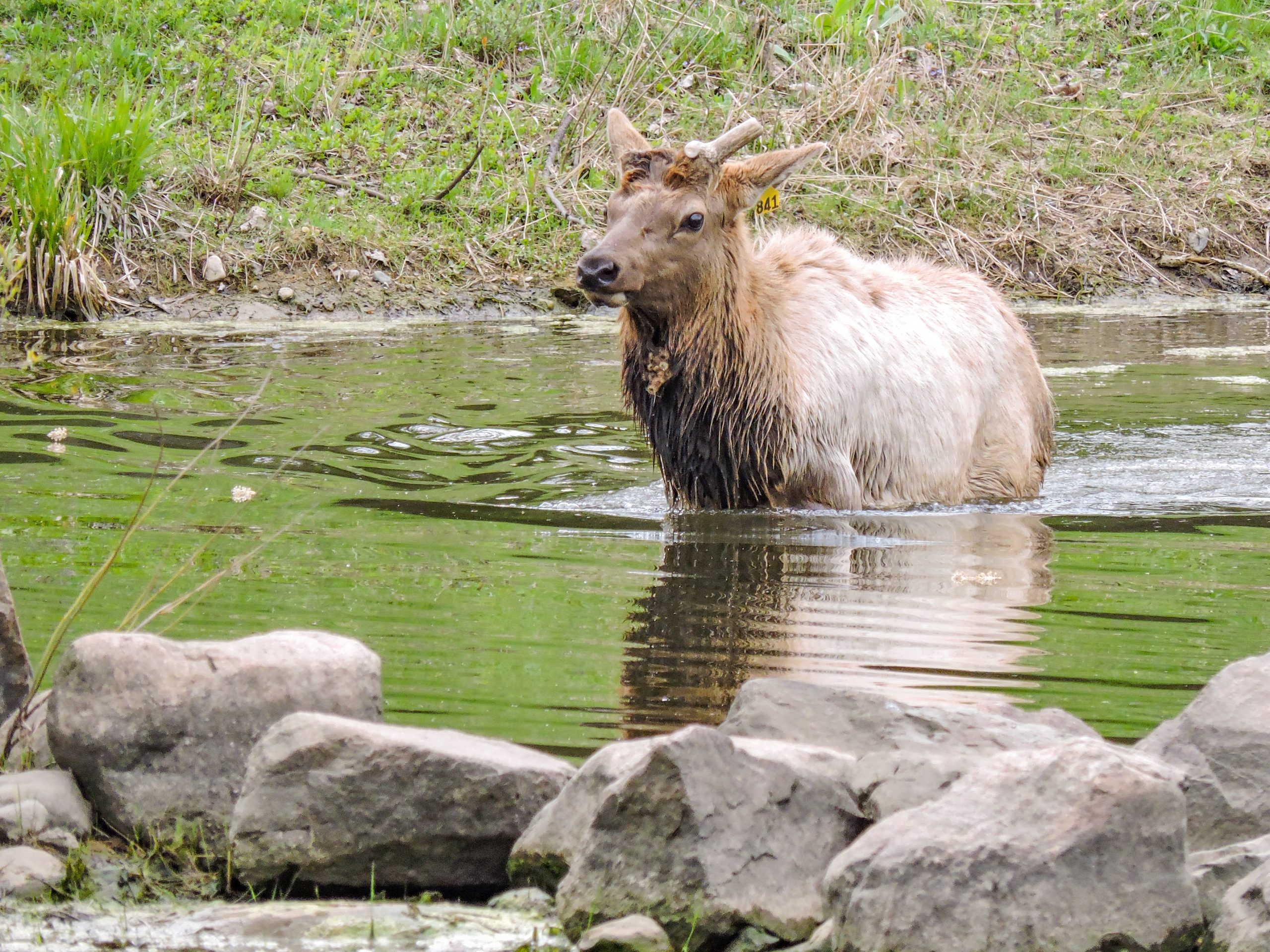 Something that has become a concern for cervids in recent years is CWD or Chronic Wasting Disease. According to the Centers for Disease Control “Chronic Wasting Disease (CWD) is a prion disease that affects deer, elk, reindeer, sika deer and moose.” This can be found in wild cervids as well as those in captivity. So, what is a prion disease? A prion disease is a disease where proteins in the brain are misfolded. A famous prion disease is Mad Cow Disease, which originally was only found in cows, but then became transmissible to humans. CWD affects the brain and leads to permanent damage which can cause affected cervids to have extreme weight loss, lack of fear of humans and disorientation (stumbling around). Not much is known about how it is transmitted from animal to animal, and to date CWD has not been transmitted to humans. However, there is a lot of research to be done and answers to be found. One way you or your family could help further research if you hunt is to check on the Department of Natural Resources website to find the location of your local deer check station. This helps to provide data for how much CWD is spreading as well as samples to help further research.