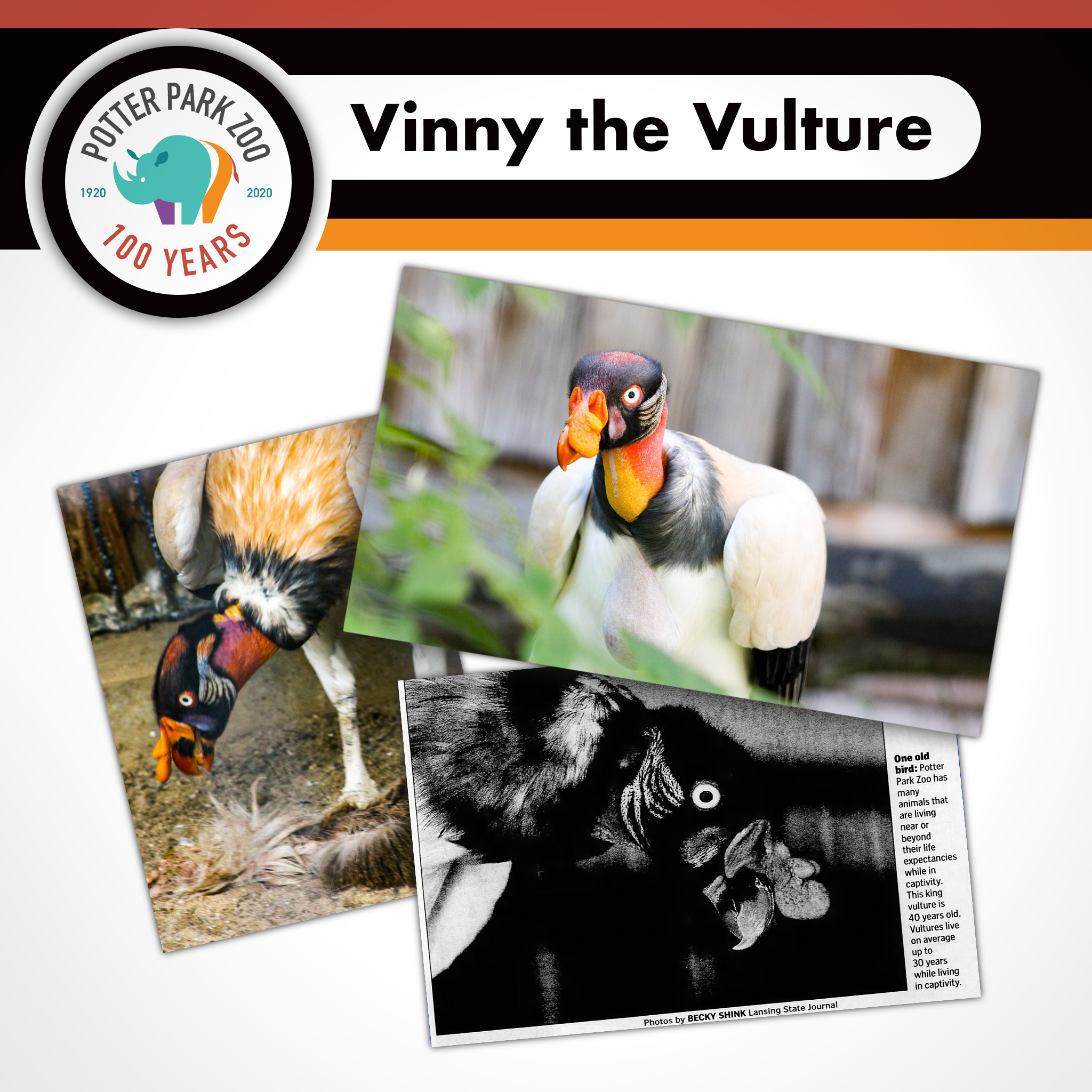 The late 1980s brought notable changes to Potter Park, including the renovation of the Feline/Primate House and Tombi the elephant’s relocation to the Indianapolis Zoo. New species were also welcomed in, including a pair of South American king vultures. With black and white pelage and vibrant yellow and orange on their necks and beaks, the birds held a striking presence, and would fascinate many visitors. 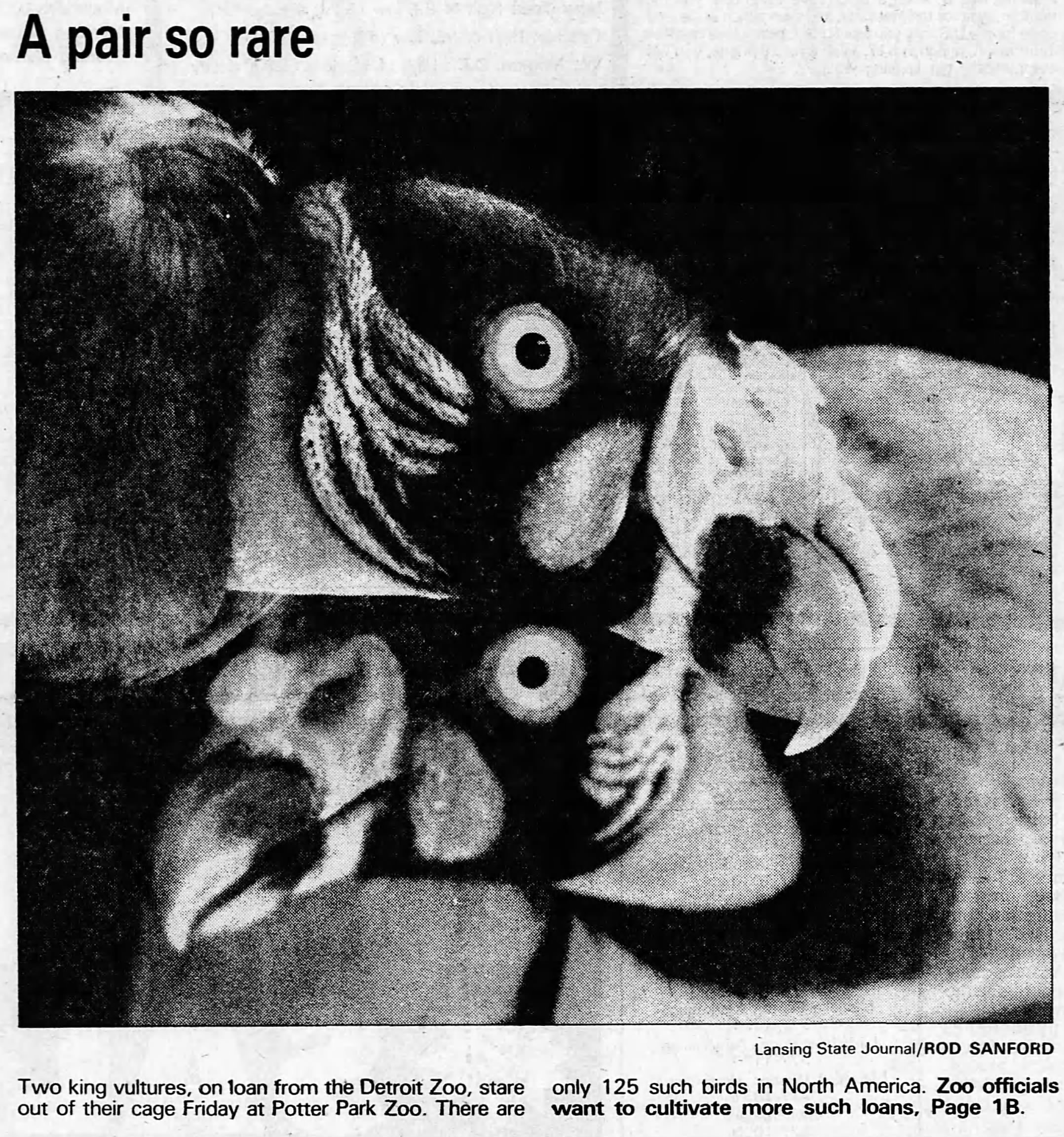 The vulture pair included a male and a female, and both had been born in the wild (likely around 1967). Their earliest years are unknown, but records describe one spending time at a petting farm and another at a pet shop before entering the zoo world. They moved to the Detroit Zoo in 1987, and on to Potter Park in 1989 where they were already an estimated 22 years old.

The pair resided in different locations around Potter Park, summering in outdoor exhibits and wintering indoors off-exhibit. They lived in the free-flight aviary early on, which opened in 1982 as a visitor walk-through experience with a unique, avant-garde design. The vultures built ground nests and produced eggs, but no hatchlings resulted. It was noted that the male vulture had a distinct interest in pulling at visitors’ shoelaces as they walked through the enclosure.

Around 2002 the pair moved to a corn-crib style exhibit near the rhino yard. They were regarded by zookeepers as easy to work with, and maintained a calm disposition. The female died in 2006 at about 39 years old, which was well past the median life expectancy for female king vultures.

The male vulture (Vinny, as he became known), moved to the Keepers’ Lounge building around 2009, where he had an outdoor yard and a connected indoor space. By this time, he was recognized as the zoo’s oldest animal (now, most-fittingly, residing in the zoo’s oldest building). In 2015 an Eagle Scout renovated and enlarged Vinny’s space to its current state.

In April of 2016, a younger vulture named Max was brought in as Vinny’s companion – however, the arrangement did not work out. Max was aggressive with zookeepers, and Vinny was aggressive with Max. By December that year, Max returned to the zoo he came from. 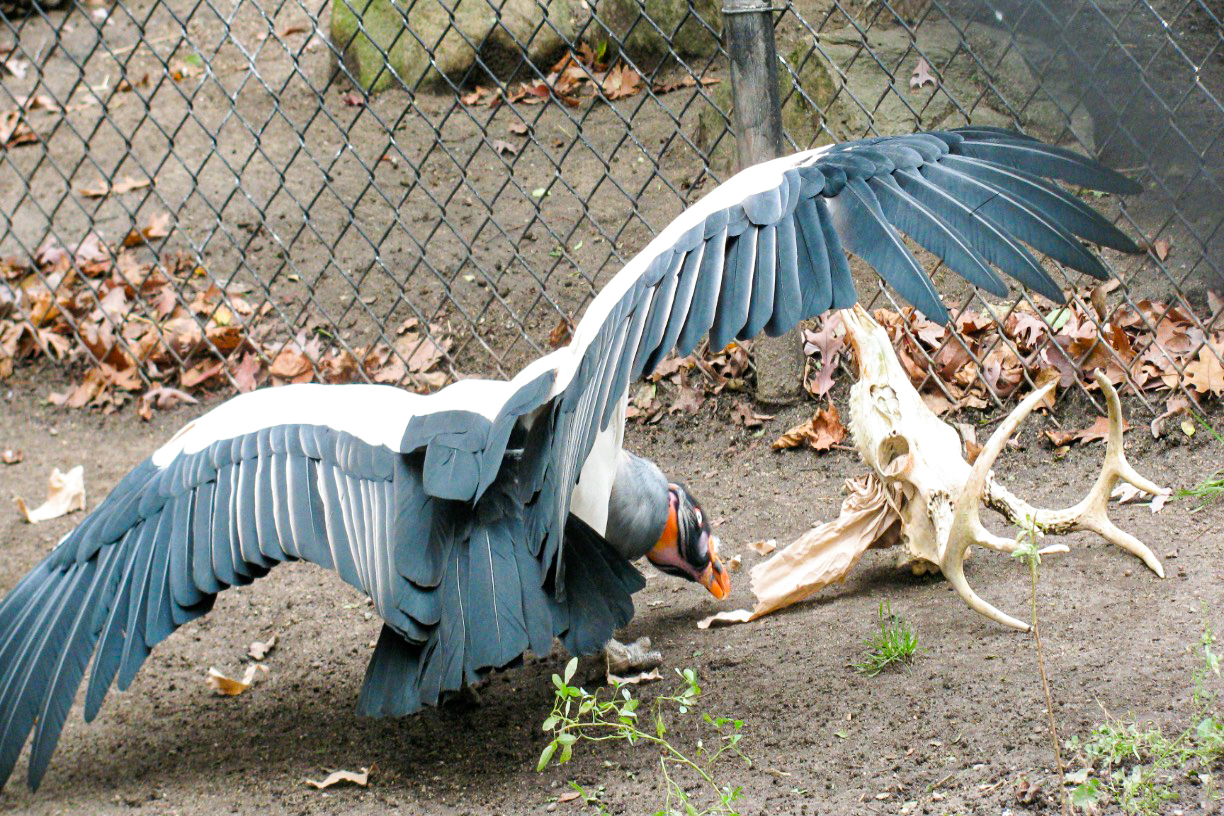 Vinny’s age is now estimated to be over 53 years, and he has resided at Potter Park for over 30 of them. A zookeeper who tends to Vinny commented on his current life:

“Vinny is doing great!! His favorite food is, hands down, rabbit. He also likes when we bring him the turkey neck at Thanksgiving. The enrichment he seems to enjoy most is when you wrap the branches in paper towels. He likes to shred it. Also, we often put his food in boxes for him to tear apart. He LOVES the rain and will sit outside with his wings spread anytime it rains.”

Sounds like a good life for our esteemed elder. 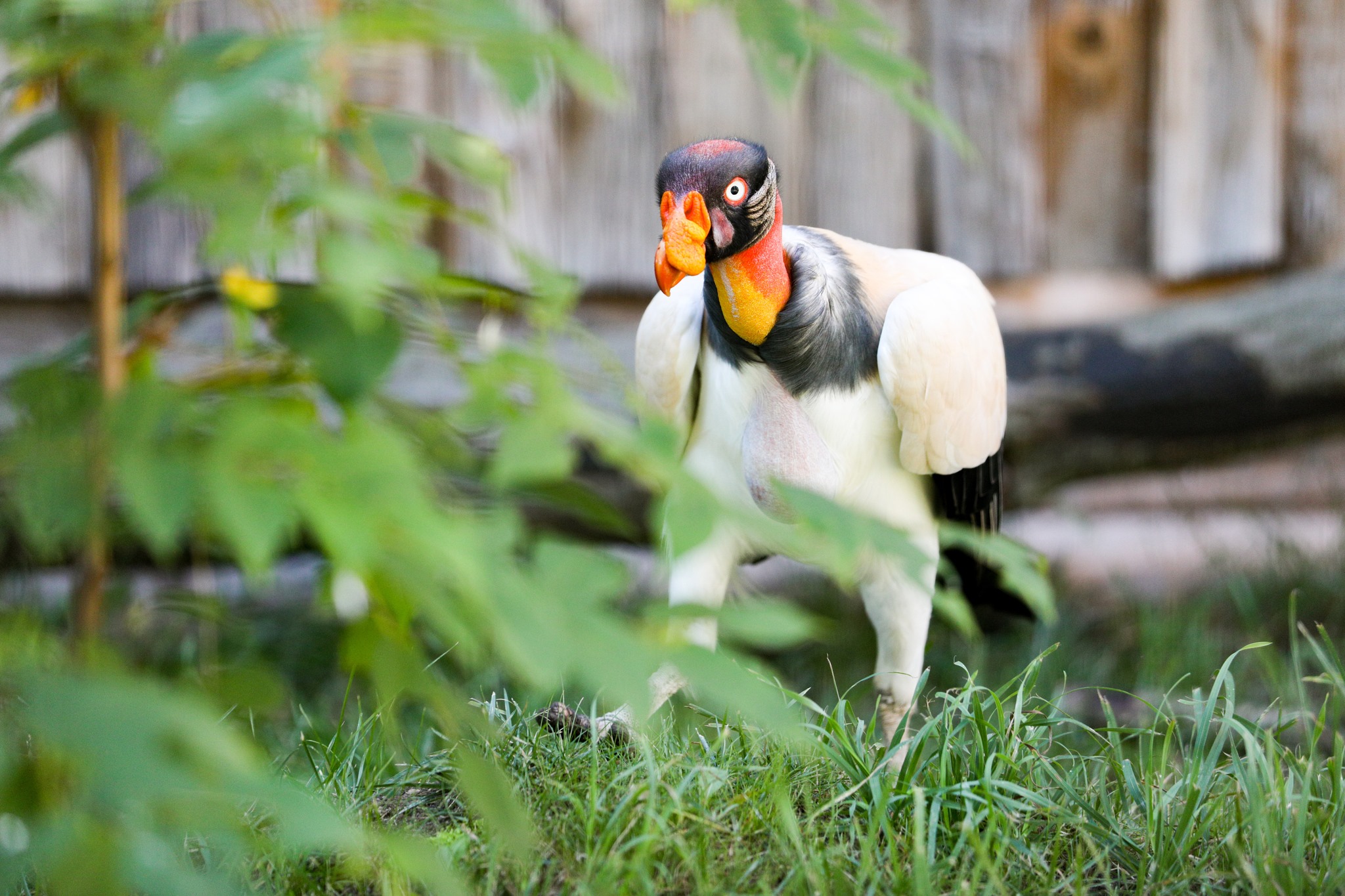 Do you have a story about the Vinny the king vulture at the zoo? Share your story. Go to “Contact” on this website and leave a message in the drop-down menu to “What is your message regarding?” – “Story Submissions for Zoo Centennial.” Please include the decade or general time frame that applies to your story.