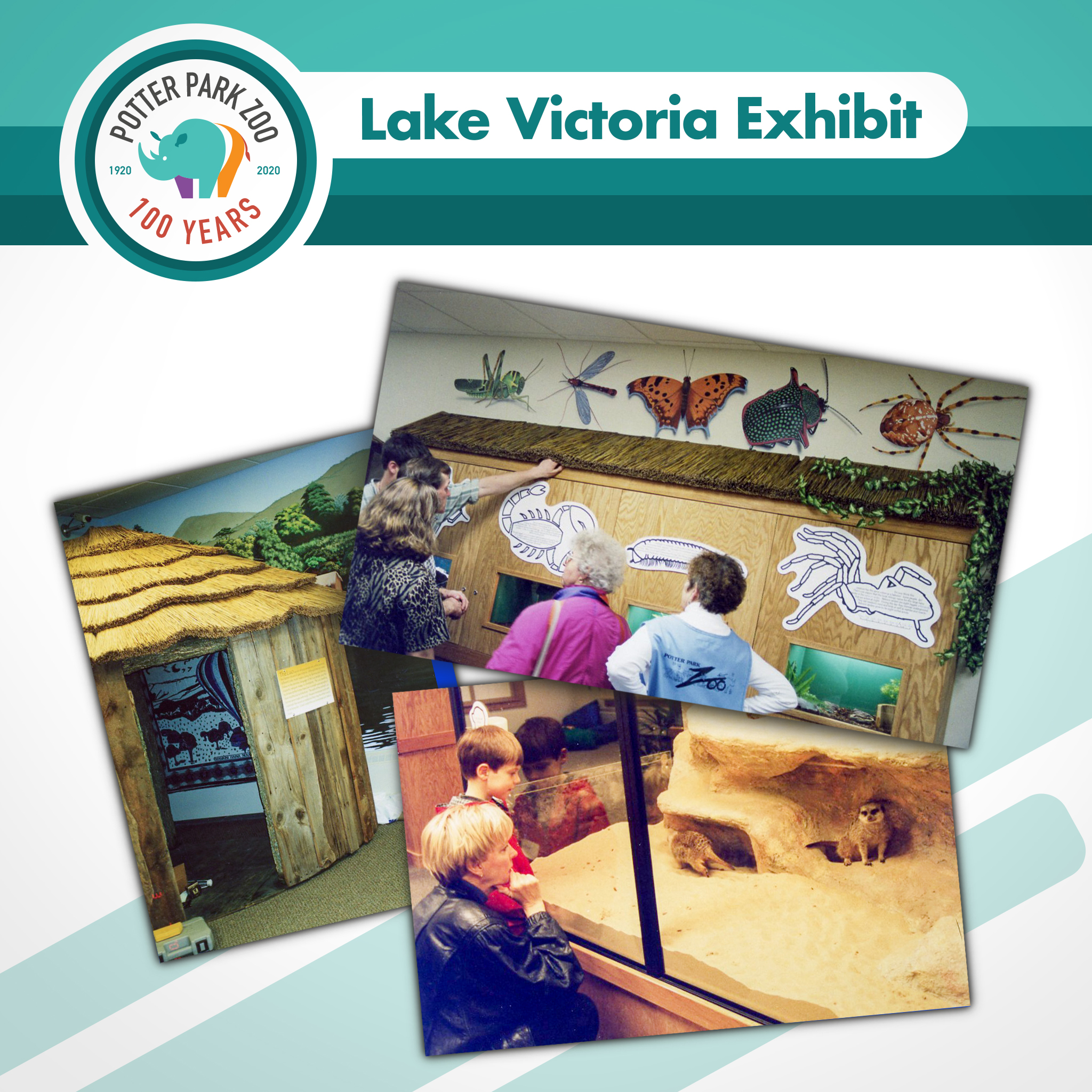 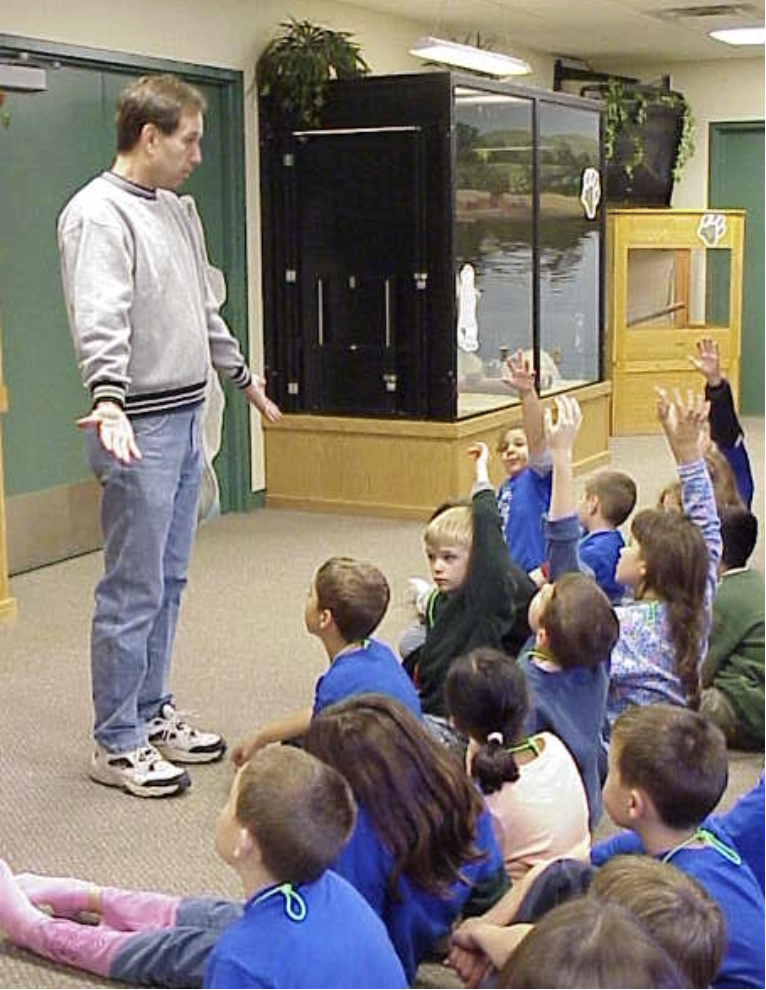 In 2000, Potter Park Zoo opened a four-building entrance complex, replacing the old cabin and concession stand. The new entryway included an admission booth, visitor amenities (gift shop, restaurant, restrooms), and zoo offices. Last but not least was the Discovery Center, serving as the new home of the education department. Inside the building were two classrooms, a large multipurpose area, multiple offices, storage space, and a room to present special exhibits. This new facility allowed the educational team to build on previous efforts and grow their programs throughout the years.

The Discovery Center’s special exhibit area opened up new venues for storytelling and allowed for more detail and variety in the presentation of conservation topics. The first of these projects was the Lake Victoria Exhibit, which opened in 2001. The exhibit celebrated the wildlife, diversity, habitats, and culture of the Lake Victoria region, and explored some serious conservation threats in and around the lake. The presentation incorporated live animals, striking graphics, and inspired human connections. 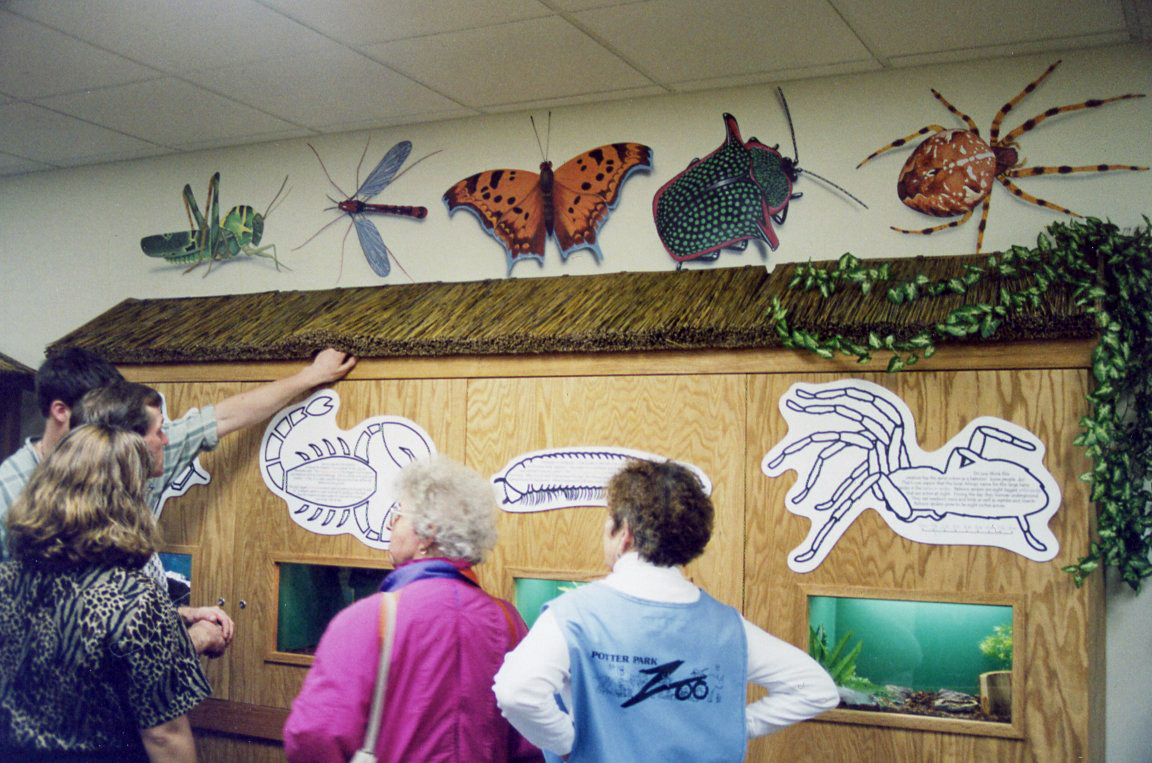 The exhibit’s live animals offered a sample of the biodiversity found in the Lake Victoria Region. Most notable were the cichlids – a family of fish encompassing hundreds of unique species, many of which were exclusive to the Victoria Lake region. In addition to the cichlids were the orange weaver bird, savannah monitor, and an assortment of invertebrates including the African giant millipede, baboon tarantula, emperor scorpion, and white-eyed assassin bug (the latter three being venomous). Meerkats, though found farther south in Africa, were also a part of the display. 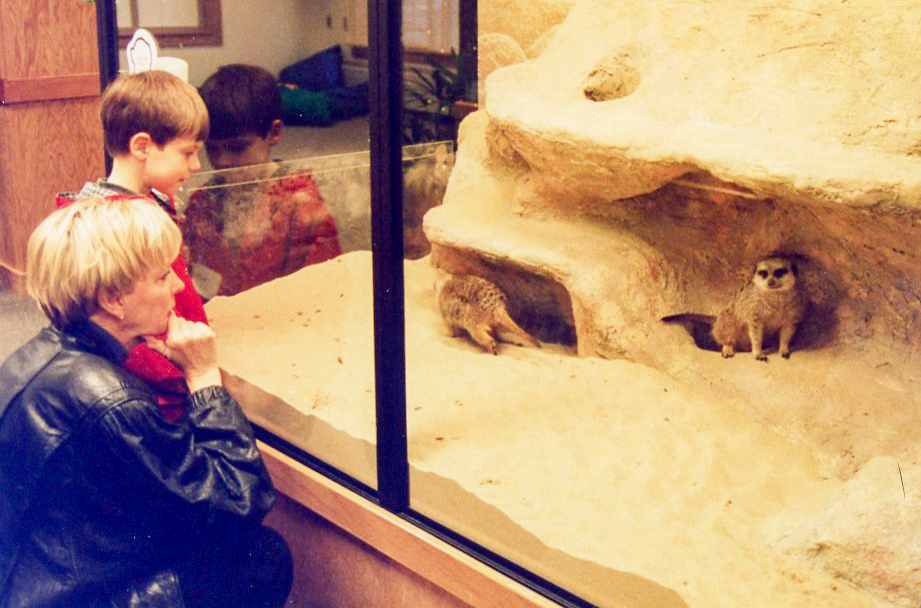 While on display, these animals showcased a fascinating variety of natural behaviors:  the female cichlids incubated their eggs using mouth brooding techniques; the male orange weaver bird displayed its vibrant breeding plumage and practiced nest weaving; the three-foot-long savannah monitor basked and extended its long tongue to pick up scent in its environment; the white-eyed assassin bugs injected live crickets with venom; and the emperor scorpion’s exoskeleton glowed in the dark under a black light. 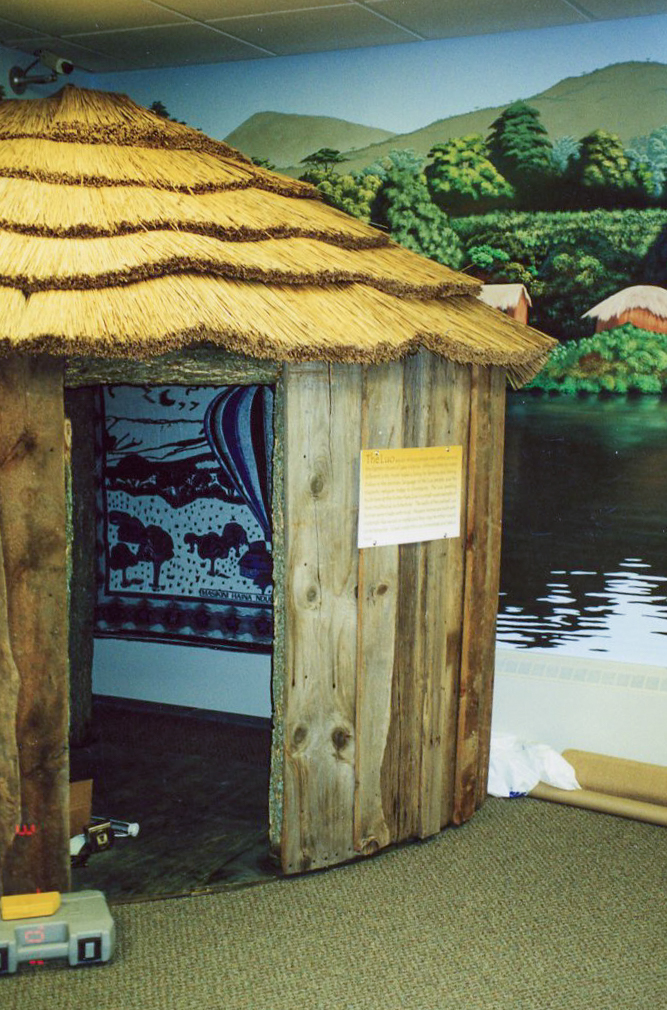 The lives and culture of the Luo people – one of the many indigenous groups in the lake area – were also illustrated with a one-quarter sized rural hut and a sample of benga music. To bring attention to the lake’s conservation needs, a wrap-around mural illustrated the effects of deforestation.

The Lake Victoria exhibit was only intended to last for a couple of years, and eventually closed to make way for a new special exhibit – The Coral Reef. This equally fascinating exhibit will be the topic of a future blog.

Do you have a story about the Lake Victoria special exhibit? Share your story. Go to “Contact” on this website and leave a message in the drop-down menu to “What is your message regarding?” – “Story Submissions for Zoo Centennial.” Please include the decade or general time frame that applies to your story.