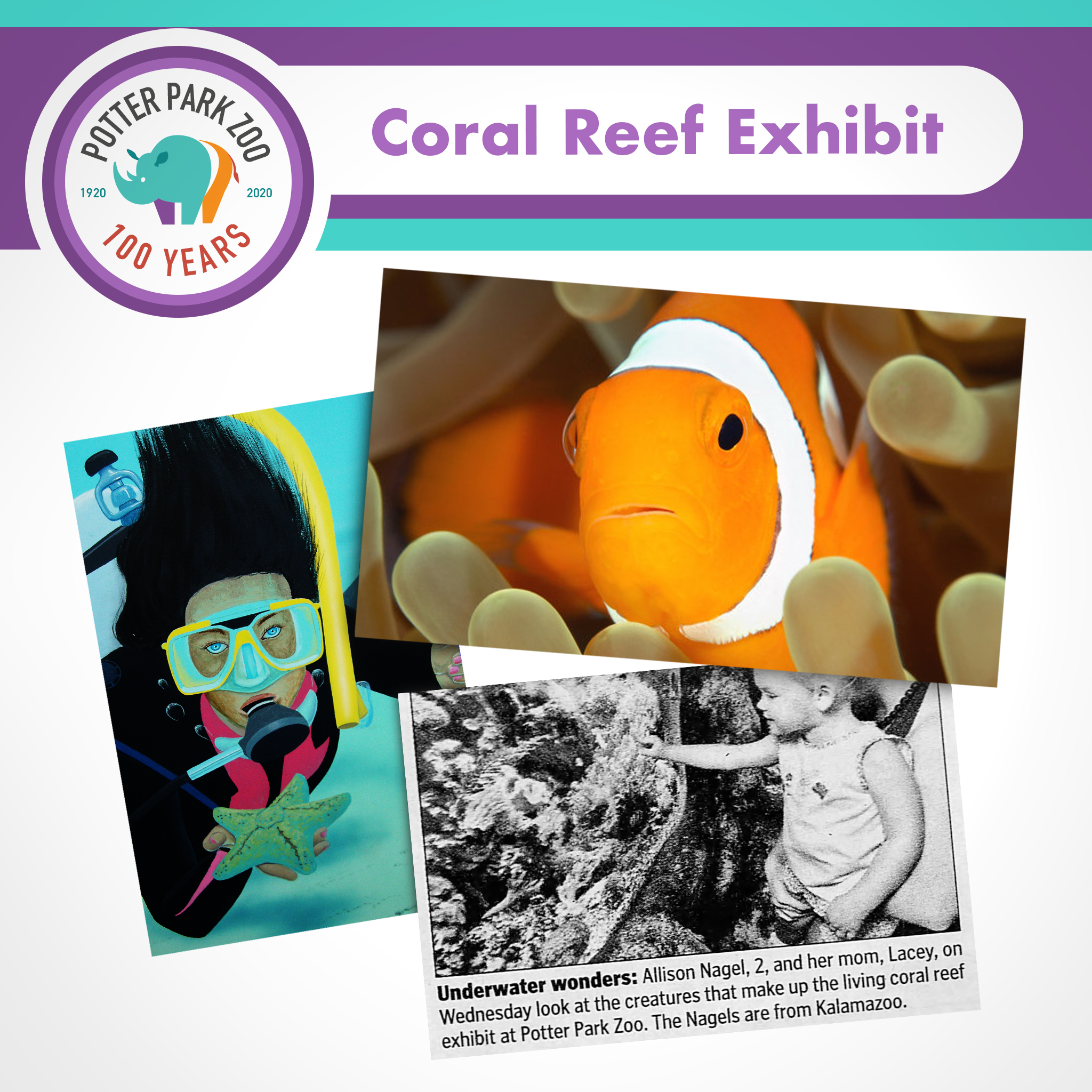 “Clownfish, Corals, and Conservation,” also known as the Coral Reef Exhibit, opened in the special exhibits space of the Discovery Center in 2005. This experience provided close-up glimpses of the amazing diversity of reef life through the brilliant colors, shapes, and movement of its inhabitants. An inviting undersea setting was created with a delightful mural and a sunken pirate ship structure.

The timing of the display also enhanced its attraction. Two years before its opening, theaters had premiered Pixar’s Finding Nemo, an animated movie set in a coral reef with a clownfish called Nemo and a blue tang named Dory. Families recognized these familiar species among the many others on display. Their presence made the experience even more relatable. 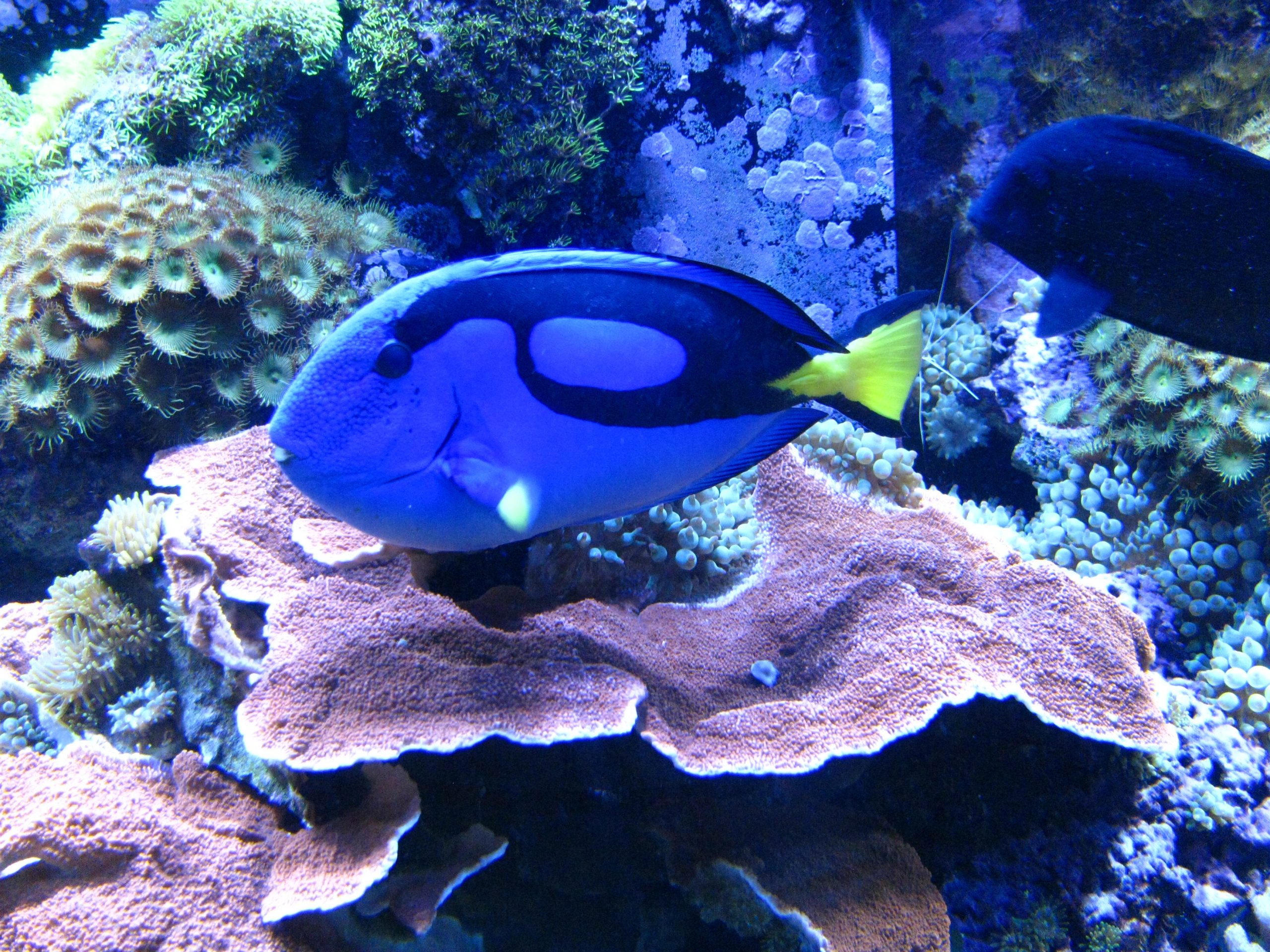 Visitors learned that the corals they saw were in fact living animals, getting their color from a symbiotic relationship with colored algae that lived within the coral bodies. Other instances of symbiosis were displayed, including clownfish living safely among the venomous anemone and the almost-blind pistol shrimp digging burrows as it teamed with a watchman goby to keep them both safe from predators.

There were additions in 2008: a tidal pool demonstrating the tide’s impact on the animals in the pool, and a touch tank offering views and supervised touching of invertebrates such as the chocolate chip sea-star and pencil urchins.

In addition to sharing this world with visitors, the space provided opportunities to educate visitors about the importance of an extremely diverse and fragile ecosystem. While coral reefs make up less than 1% of the ocean floor, more than 25% of marine animals and plants depend on it for some part of their lives. Still, the reefs are vulnerable to destruction due to specific habitat needs and a low tolerance for change.

This popular exhibit was intended to remain for three or four years, but lasted for eight. In 2013 the coral reef was decommissioned; It needed refreshing, and the zoo needed another classroom for the high school classes that meet every day during the school year. The special exhibits space has been a classroom ever since. Zoo staff, however, still refer to it as the coral reef room, and a beautiful sea-inspired mural remains on the classroom wall as a nod to its history. 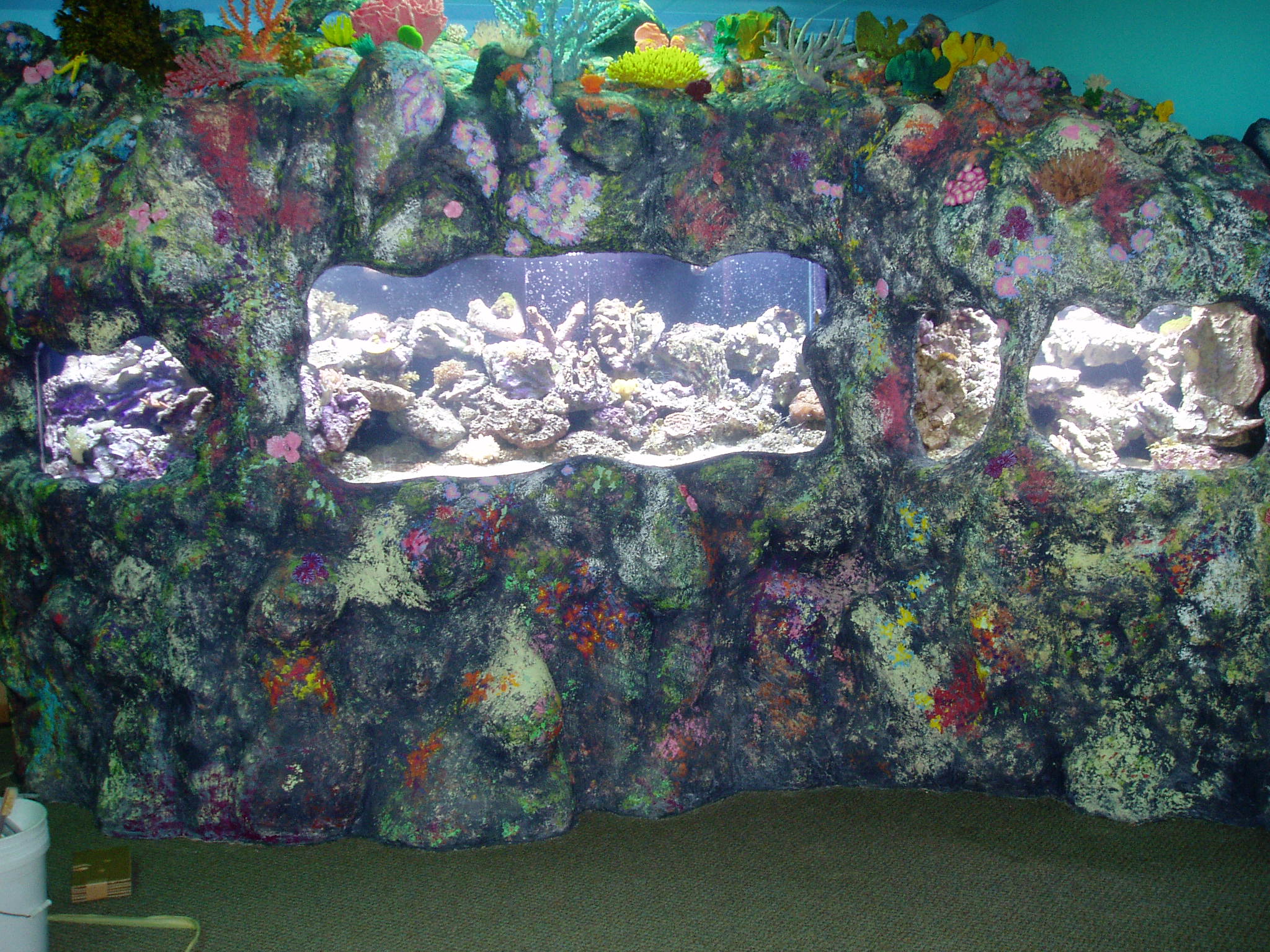 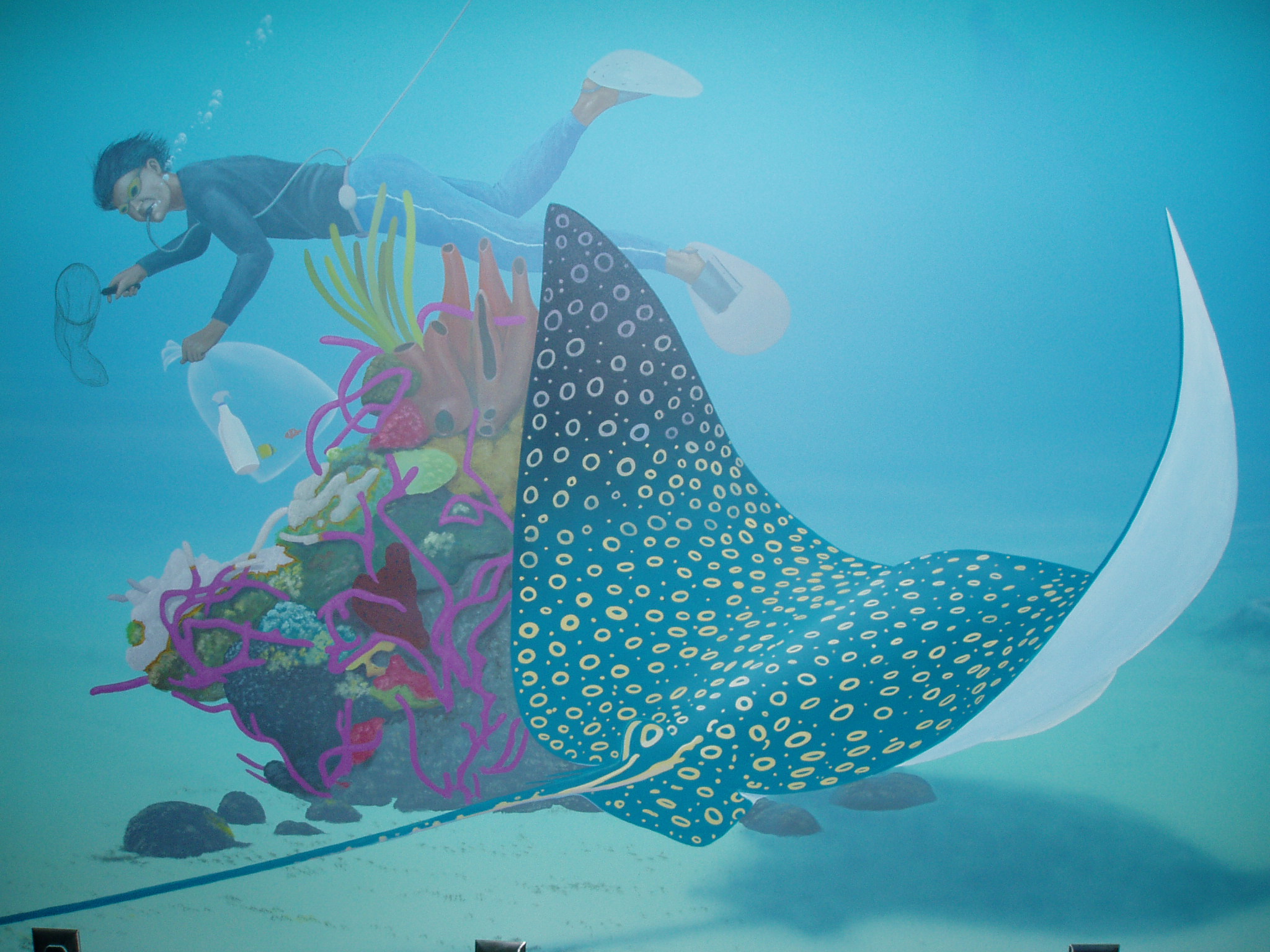 Do you have a story about the coral reef exhibit? Share your story. Go to “Contact” on this website and leave a message in the drop-down menu to “What is your message regarding?” – “Story Submissions for Zoo Centennial.” Please include the decade or general time frame that applies to your story.