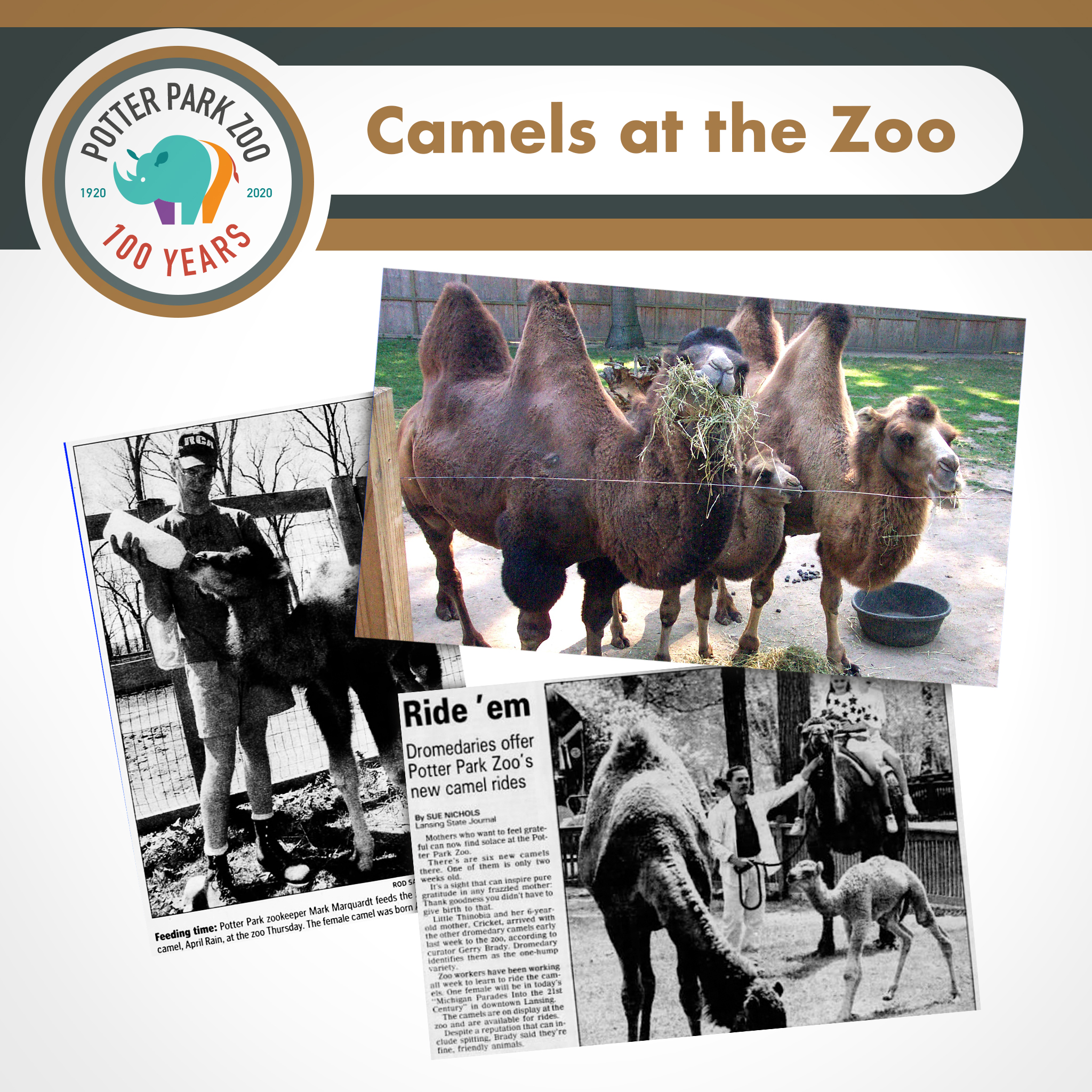 If you think of a camel, you are likely to consider the hump as its most notable characteristic. There are two kinds of camels – dromedaries and Bactrians. Dromedaries have one hump, and only exist today as domesticated animals in the deserts of North Africa and the Middle East, and as a large feral population previously introduced in Australia. Bactrians have two humps and are native to the deserts and steppes of Asia. Most are domesticated, but a small wild population still exists.

Potter Park Zoo has had both dromedaries and Bactrians in recent years, each with their own roles. The first were dromedaries (the one-hump camels) in 1987. They were brought by a private contractor each summer to provide seasonal rides for visitors. Proceeds from this attraction would help finance exhibit renovations. 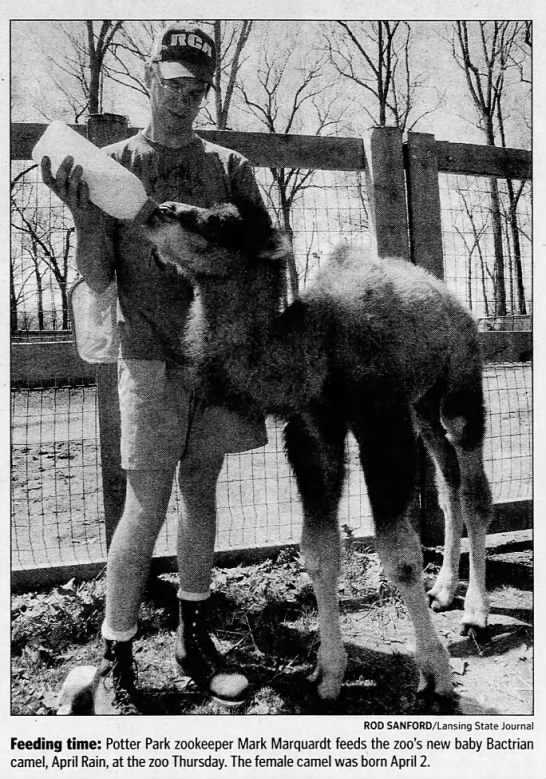 The annual summer attraction continued through the next twelve years when, in 1999, two young domestic Bactrian camels (male Newton and female Mackenzie) arrived to represent their very endangered wild counterparts as exhibit animals. They matured and became a breeding pair, producing six calves over the next decade. Beginning with the first calf, every other calf needed to be bottle fed, while mom’s maternal instincts kicked in for the rest. There were three males and three females.

The Bactrian camels were a familiar yet exotic sight for visitors, and excellent subjects for educators with their many adaptations for the harsh conditions of their native lands, including extreme temperatures and sandy substrate. They also allowed educators the opportunity to dispel the common myth that camel humps contain water. Instead, they store fat, which can be converted into energy and moisture when needed. This attribute has served camels well in their often water-scarce home. 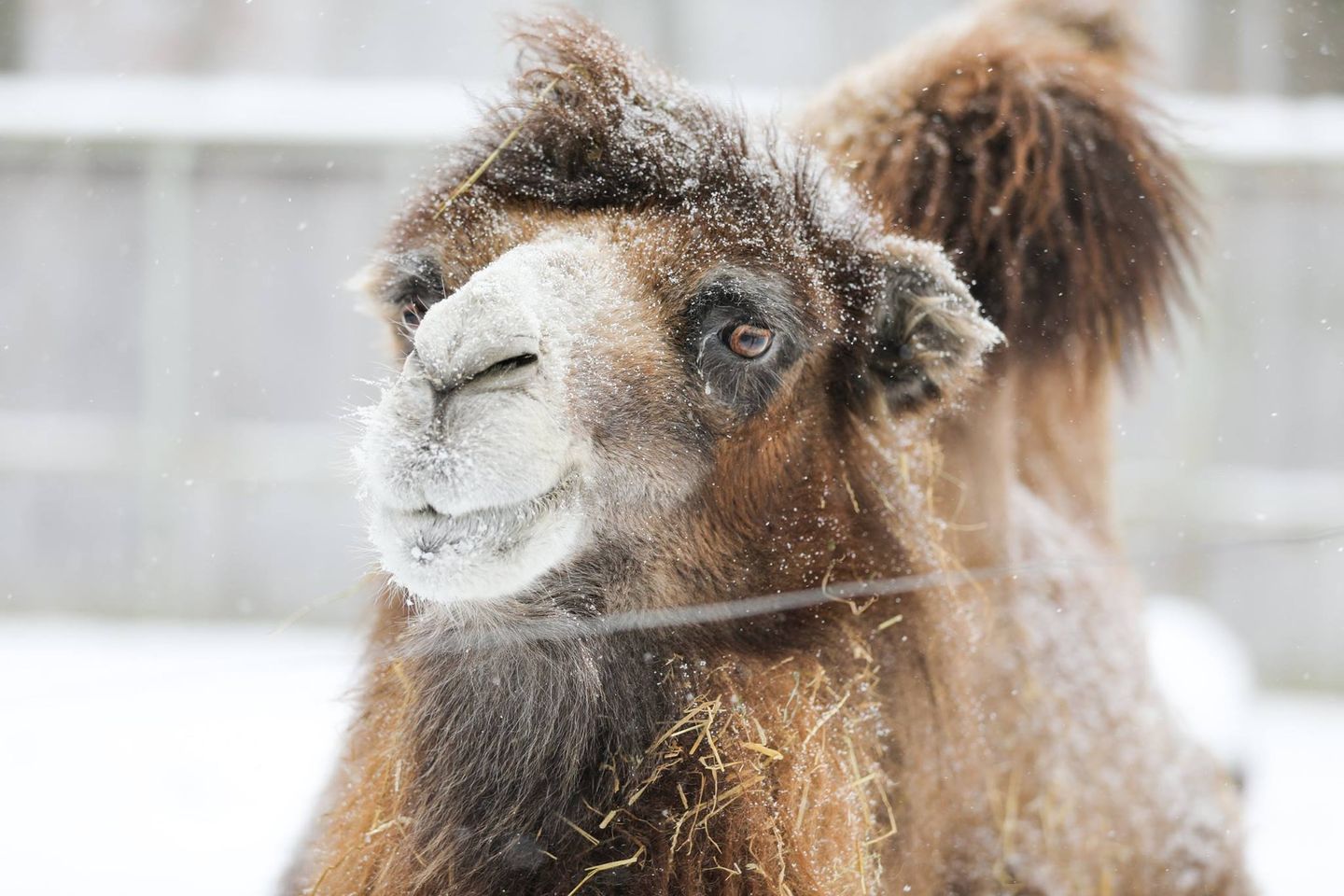 Newton, the Bactrian camel, developed very serious arthritis. He traveled in a truck to the MSU Veterinary Clinic for further examination and surgery. In the end, his condition deteriorated, and he was humanely euthanized in 2010.

Ernest joined Mackenzie in 2011. He was only eleven months old and even tried to nurse from Mackenzie. They remained companions for a decade, but there were no plans for breeding. Mackenzie also eventually developed arthritis. In late 2020 she was humanely euthanized at the age of 22. The decision was made to send Ernest to another zoo for breeding and to move the zoo’s kangaroos to this space. It is the end of an era for Bactrian camels at the zoo, but the summer dromedary rides continue. 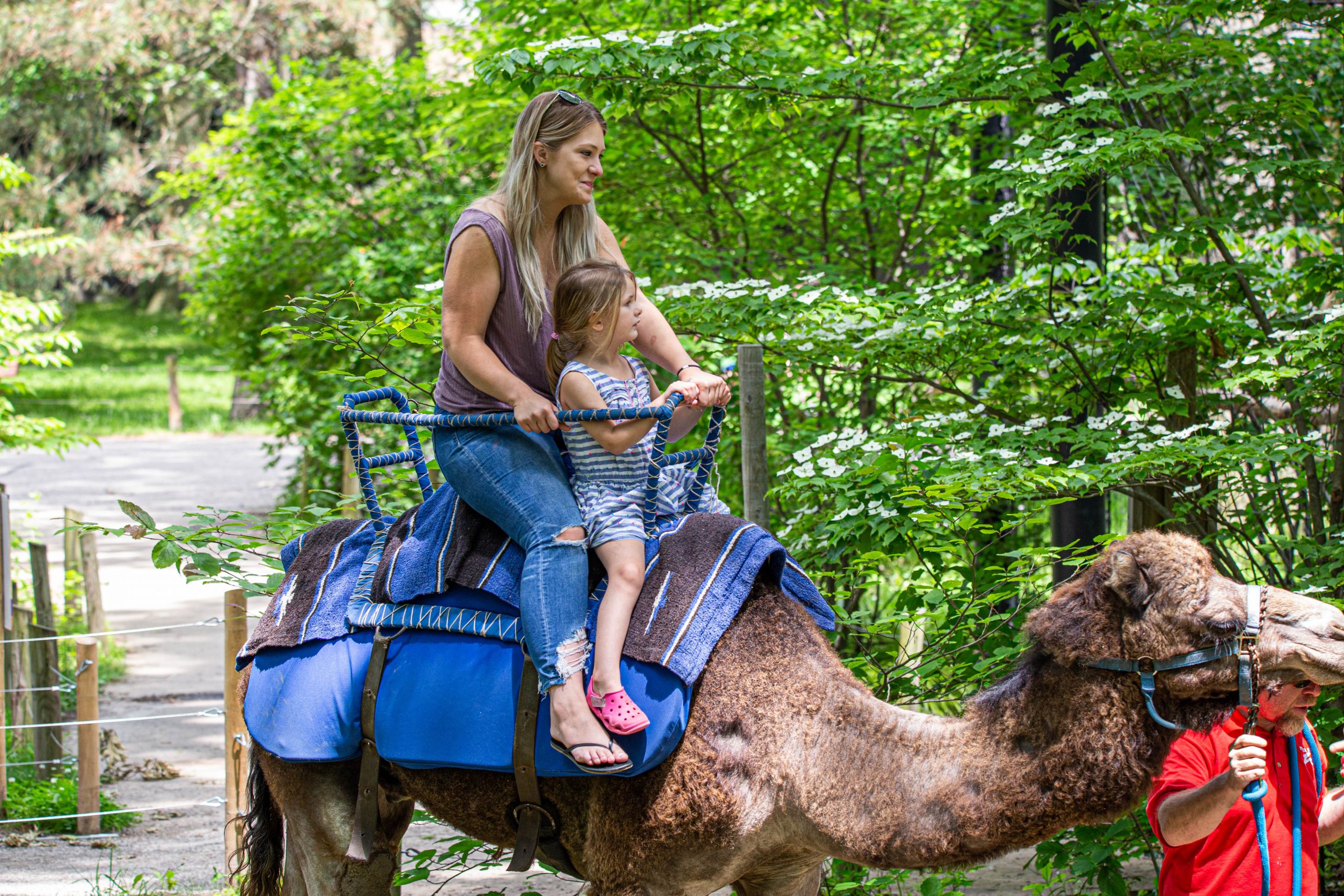 Do you have a story about either the exhibit Bactrian camels or the ride dromedaries? Share your story. Go to “Contact” on this website and leave a message in the drop-down menu to “What is your message regarding?” – “Story Submissions for Zoo Centennial.” Please include the decade or general time frame that applies to your story.