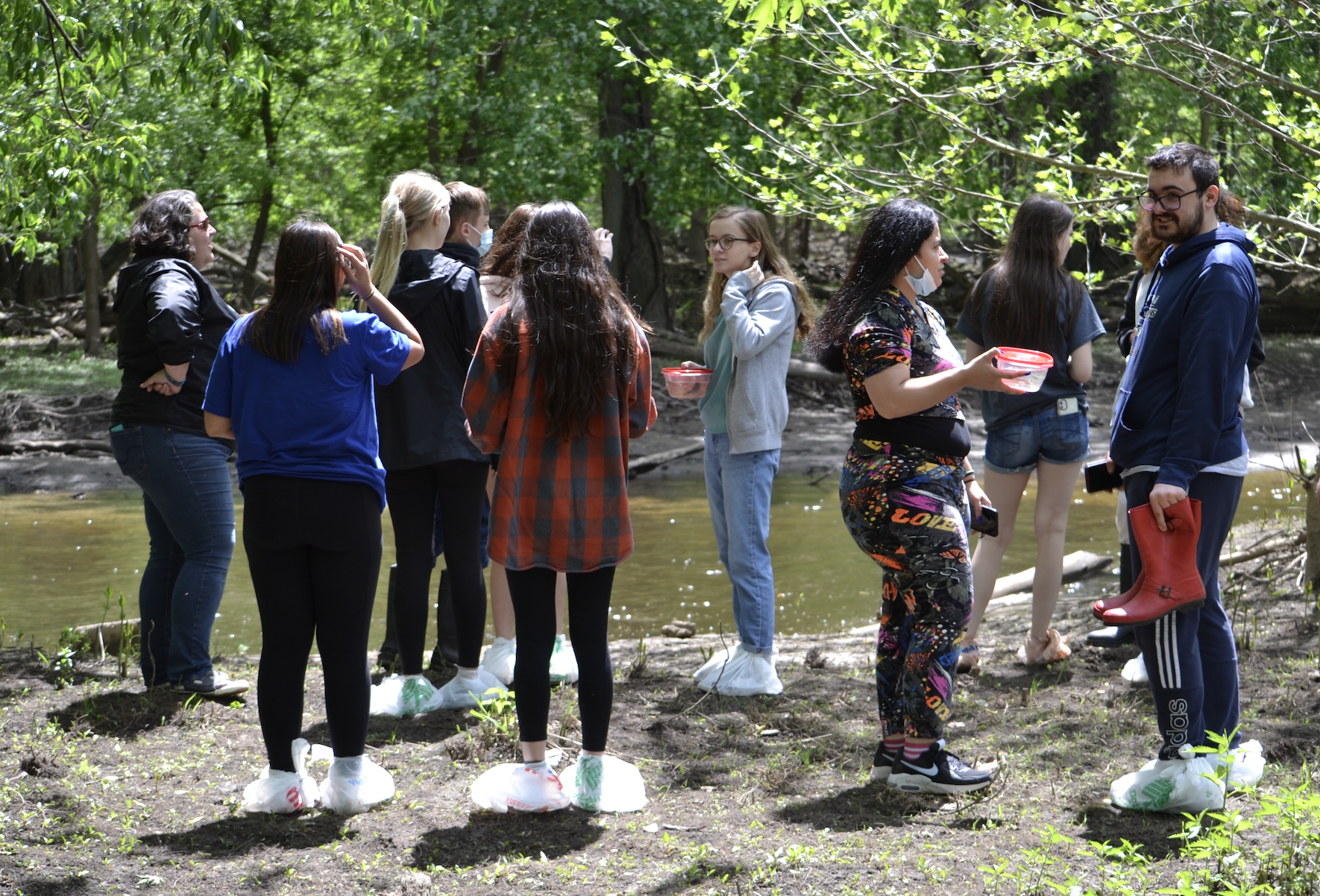 On a sunny day in May, a group of students gathers on the banks of the Red Cedar River, each carrying a small plastic container. Inside, a Chinook salmon “smolt” has reached a critical stage of development, and will soon be released into its wild habitat for the first time. A testament to months of effort and care on behalf of the students, and a symbol of the environmental stewardship that has been the focus of their curriculum, these fish are the product a unique educational program known as “Salmon in Classroom” (SIC). Overseen by Michigan’s Department of Natural Resources (DNR) and hosted by over 300 classrooms across the state, the program mirrors the state’s own hatch and release program, allowing students to raise chinook salmon from fertilized eggs and observe their growth and development first hand. As of 2022, Potter Park Zoo has enrolled in SIC for three years, incorporating the activity into its own ERESA high school program, which hosts on-site classes in animal science and related topics. 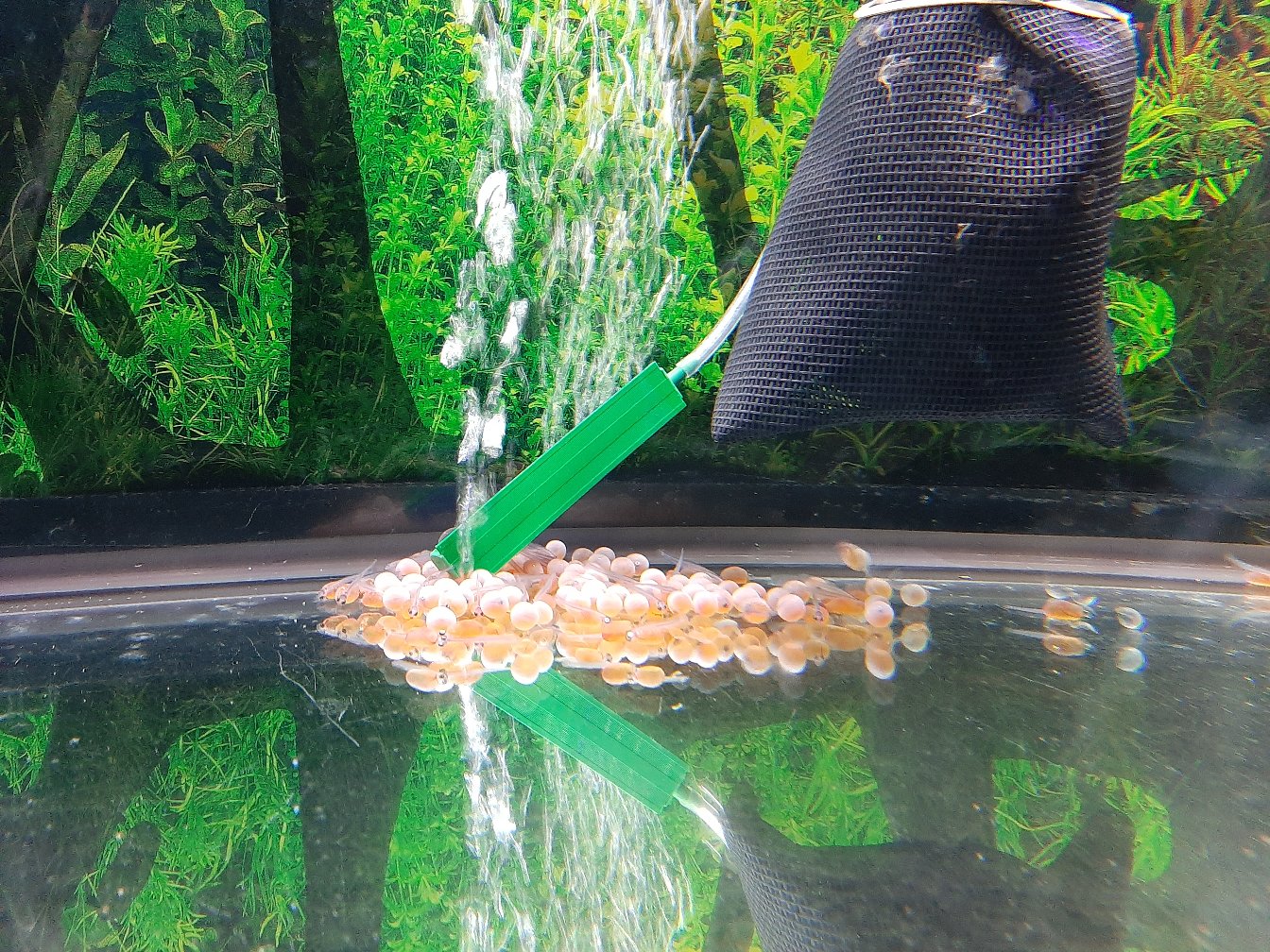 Seeking out the DNR-led program in 2019, ERESA educator Becky Morningstar views Salmon in the Classroom as a fitting accompaniment to the zoo’s conservation goals, and an avenue to demonstrate complex ecological relationships in a manner both engaging and relevant:

“The Salmon in the Classroom program provides an excellent learning opportunity for students. It gives us a real life example to talk about the importance of maintaining balance in an ecosystem and engage in hands on stewardship, as well as providing the opportunity to learn about caring for aquatic species.” 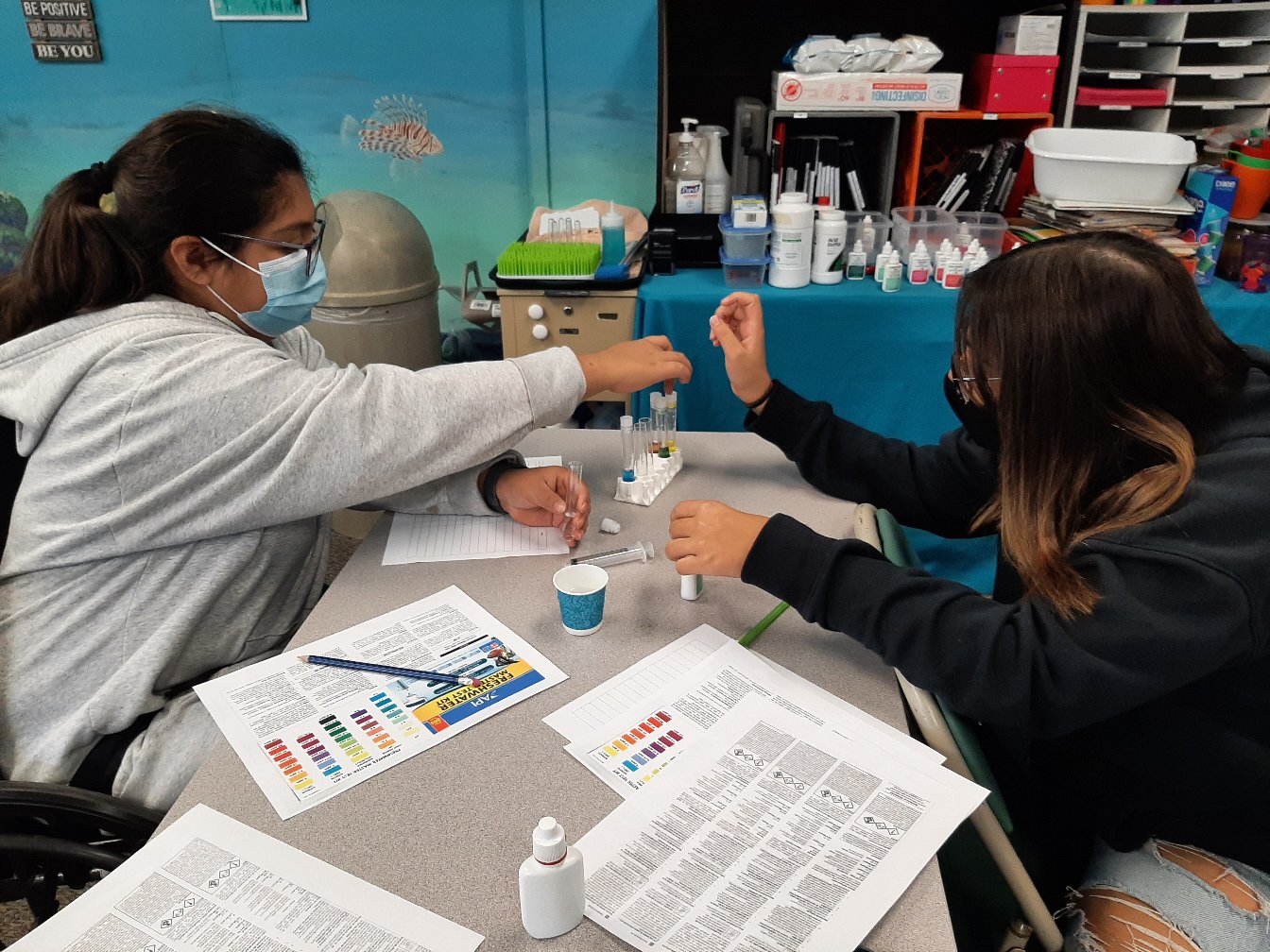 For Ms. Morningstar, the process begins in early November when the eggs are retrieved from a nearby DNR fishery and transported to the classroom tank. From here forward, she and her students assume responsibility for care and maintenance, which includes routine cleaning, screening for toxic compounds and ammonia buildup, and replacing water as necessary. If all goes successfully, the eggs will hatch into alevins within weeks. Highly vulnerable and less than an inch long, salmon alevin rely on their yolk sack – which remains attached to their body – for initial nutrients needed to grow. Over the next few months, and with regular feeding, the young salmon progress through the “fry” and “parr” stages, tripling in size and taking on a signature vertical striped pattern. Finally, at six months old, the juveniles begin to adopt a more uniform silver coloration, signifying their transition into smolts. At this stage, the salmon have grown mature enough to leave the tank and embark on a long journey downstream. 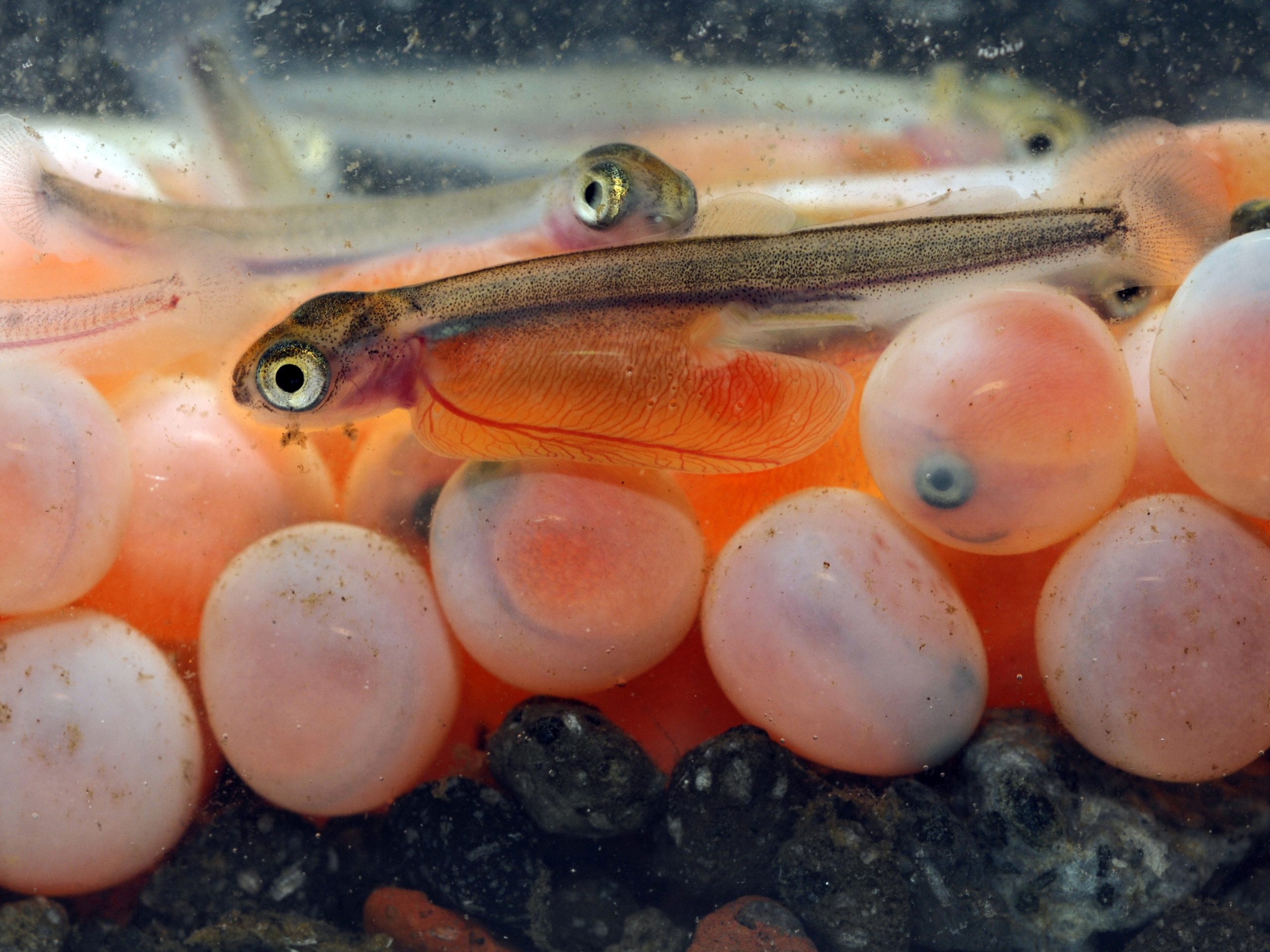 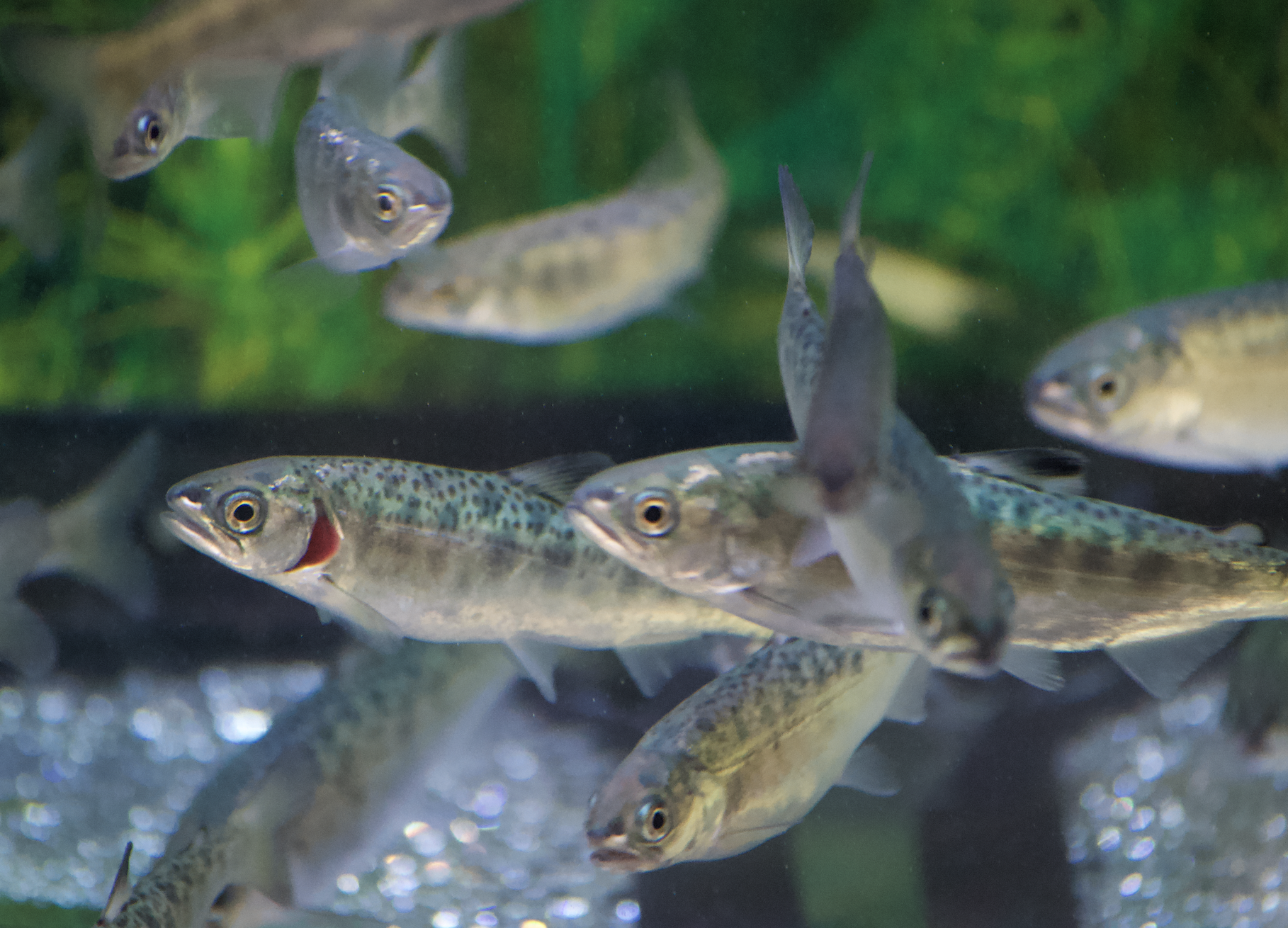 In addition to maintaining the tank and helping their salmon develop and grow, SIC students also study the history of the Chinook salmon in Michigan, which has played a unique role in shaping the state’s aquatic ecosystems over the past decade. Though currently thriving across the state, the species is not a true Michigan native, but was introduced in the 1960’s by the DNR in an effort to curb an invasive fish known as the alewife. A small species of saltwater herring, the alewife was originally native to the Atlantic coast, but gained access to Michigan’s lakes through man-made canals. Proliferating rapidly upon arrival, the alewife disrupted native ecosystems and presented a nuisance to lake residents in the form of massive die-offs. An intervention was deemed necessary, and the Chinook salmon was introduced in hopes of controlling the invasive fish through predation. The measure was a resounding success, and brought the ecosystem into a new, but stable balance. The salmon have thrived in the state’s rivers and lakes ever since. 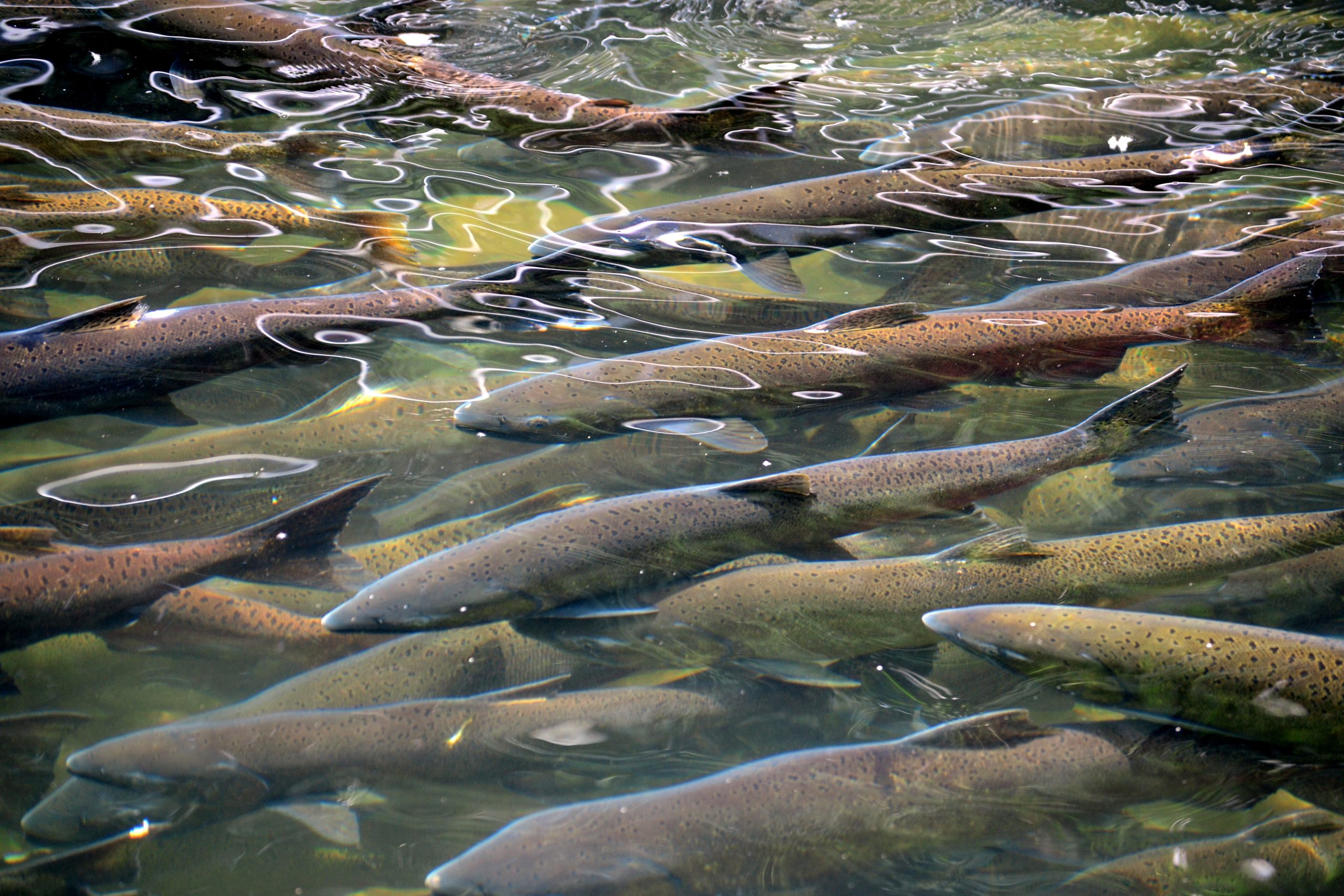 Underscoring the importance of wildlife research, the history of the Chinook salmon is an important case study in humanity’s relationship to the natural world, and demonstrates its duel capability to harm and heal. By allowing students to play a direct role in this relationship, SIC imparts a lasting sense of importance, inviting them to seek out new connections in the world around them, and reflect on life’s complex and ever-changing equilibrium.

With the release, a chapter has come to a close for the students. For the fledgling salmon, however, another has just begun. In the coming months (and with luck), the smolt will make their way downstream to the Great Lakes, growing for up to eight years before embarking on the final leg of their journey – a return upstream to their place of origin. Spawning and fertilizing their eggs, the mature salmon will then pass away and the cycle will start anew; a journey that starts – and ends – at Potter Park Zoo. 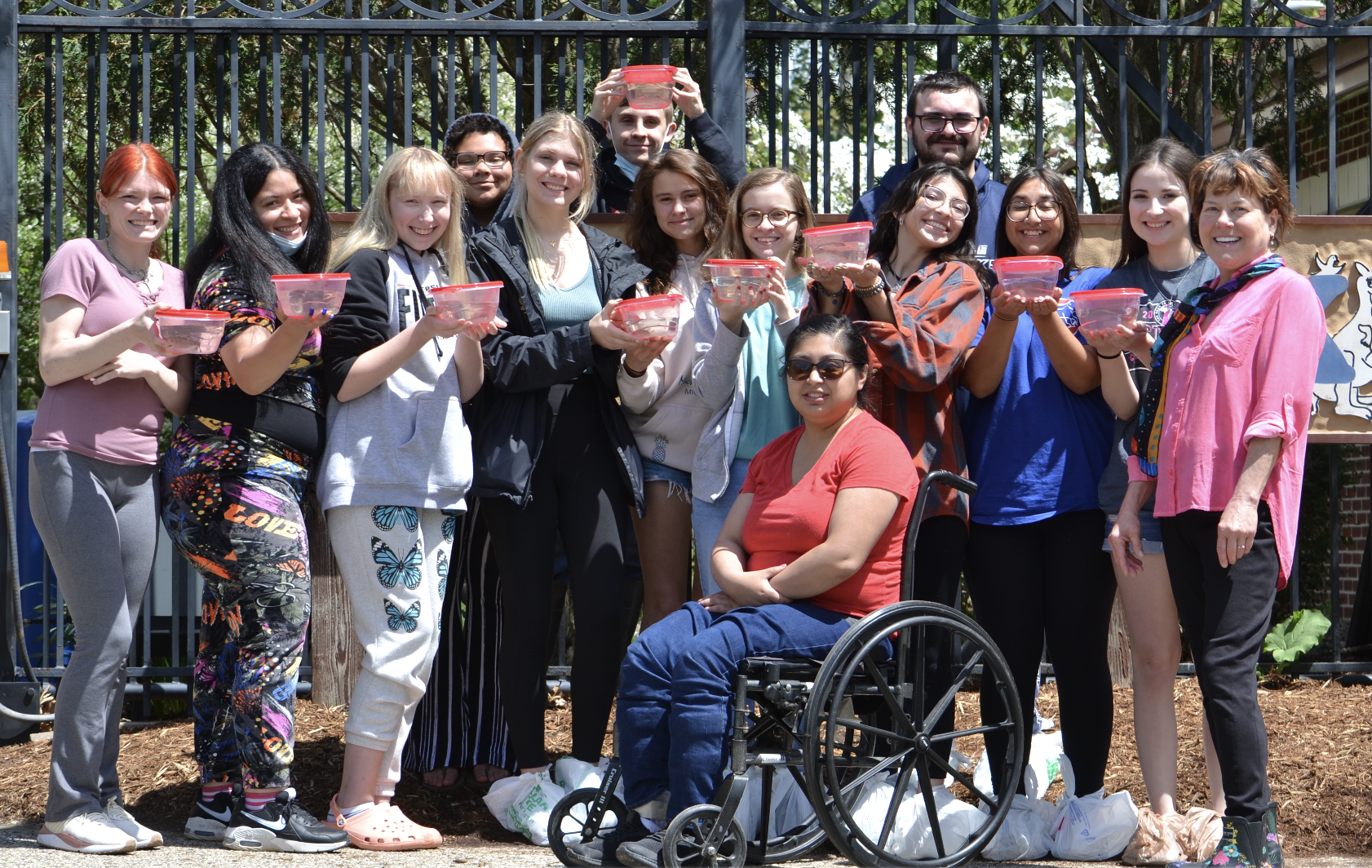