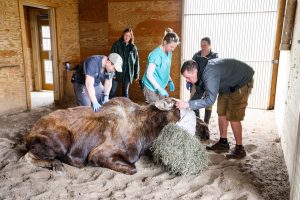 Potter Park Zoo animal care and veterinary staff exam Meeko the Alaskan moose during a routine physical exam and hoof. During this exam staff discovered that Meeko had a mass on the back of his right front leg. (Kaiti Chritz | Potter Park Zoo)

This spring, during a routine physical exam and hoof trim, animal care and veterinary staff at Potter Park Zoo discovered that Meeko, the Alaskan moose, had a mass on the back of his right front leg.

During a follow up procedure, the mass was removed and unfortunately found to be a soft tissue sarcoma. Soft tissue sarcomas are a broad group of cancers that arise from mesenchymal tissue, most commonly connective tissues, blood, lymphatics, and bones.

“We’re waiting on results of testing to further classify the cancer,” said Dr. Eustace. “A repeat procedure is planned in the upcoming weeks to perform additional treatments on Meeko.”

Meeko is a very popular animal at Potter Park Zoo. He came to the zoo in 2014 after being orphaned in Alaska. The Alaska Department of Fish and Game rescues about a dozen moose a year when their mothers pass away. The calves are housed at the Alaska Zoo and bottle fed until they can be placed.

Potter Park Zoo staff are dedicated to providing the highest level of veterinary care for Meeko during this time and are hopeful he can battle this aggressive cancer.

“We’re very fortunate to have Alaskan moose at Potter Park Zoo. Only six other Association of Zoos and Aquariums (AZA) accredited zoos in the United States exhibit Alaskan moose and we will do absolutely everything we can to help Meeko battle this cancer,” said Cynthia Wagner, Potter Park Zoo Director.

Visitors won’t see Meeko in the moose exhibit for a few weeks while he recovers from surgical procedures. 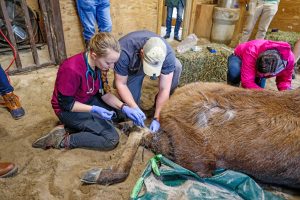 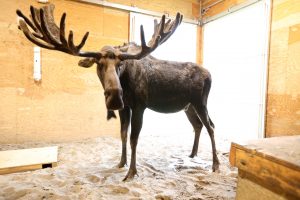 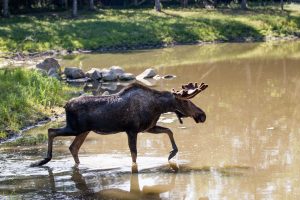