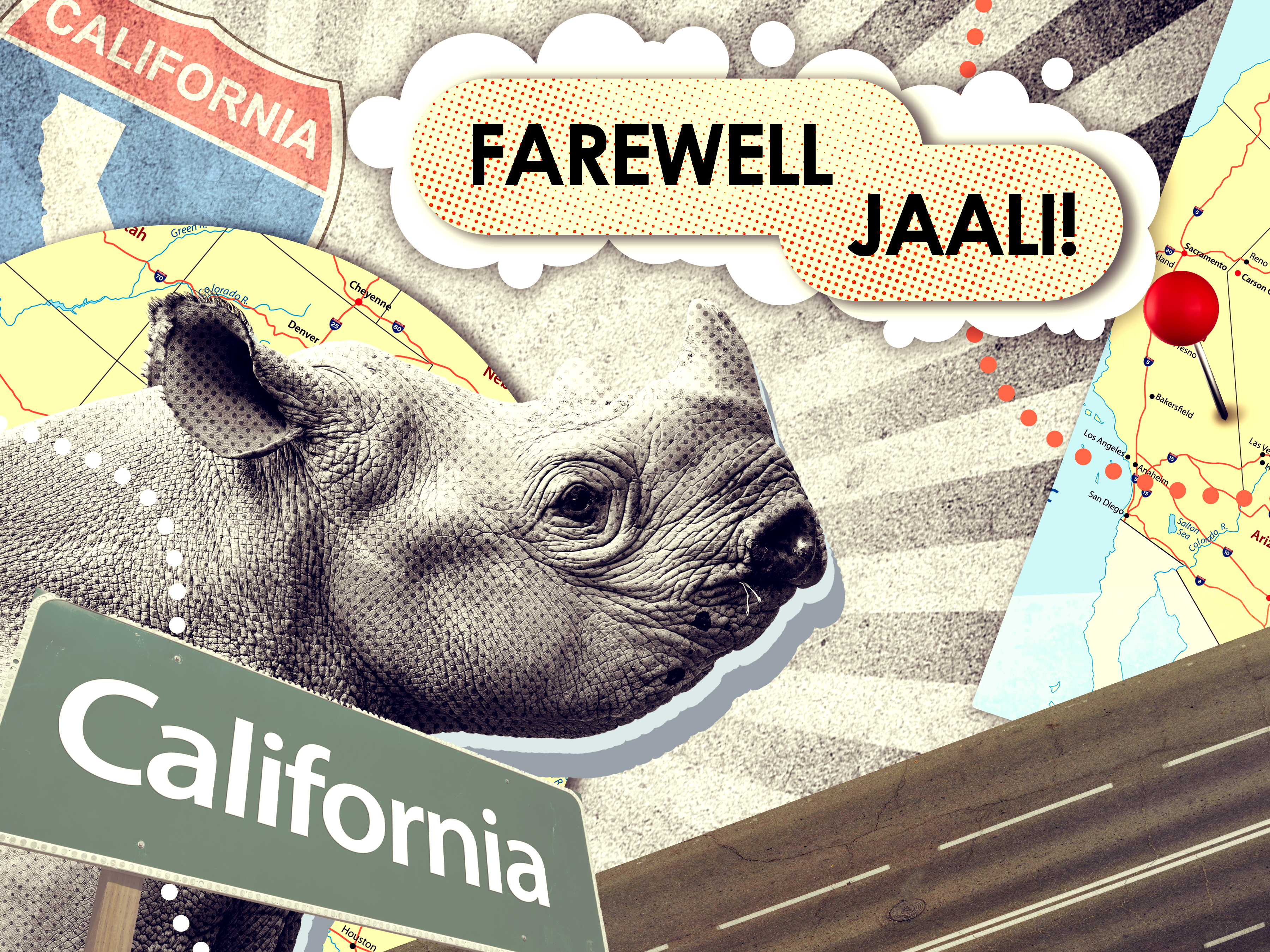 Potter Park Zoo celebrated the birth of its first-ever black rhino calf Jaali, Dec. 25, 2019. This was a milestone event for Potter Park as Jaali is one of only a few black rhinos born in zoos accredited by the Association of Zoos and Aquariums (AZA) each year. This is a testament to years of planning and cooperation between veterinarians, zookeepers, rhino experts, and multiple AZA institutions. 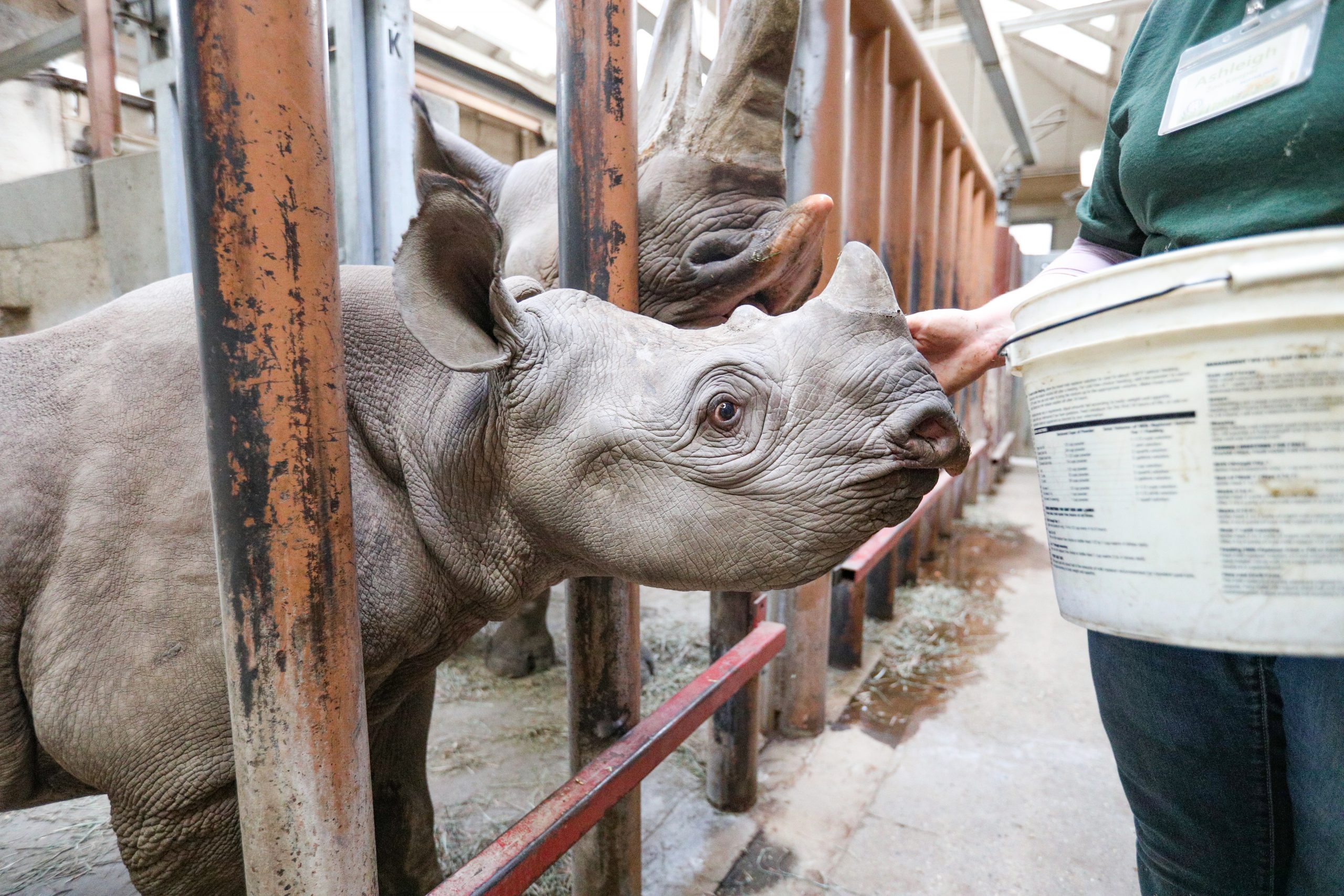 As Jaali has grown, so too has his influence at Potter Park. Over the past two years, he has drawn valuable attention to black rhino conservation, inspired staff and visitors alike, and amassed thousands of fans, solidifying himself as a Lansing icon.

“We are incredibly grateful our community has embraced Jaali with such enthusiasm”” said Zoo Director Cindy Wagner. “While we will all miss Jaali, we also celebrate as he moves to The Living Desert Zoo where he will continue the growth of a genetically diverse population of rhinos in human care which is critical to the future of black rhinos.” 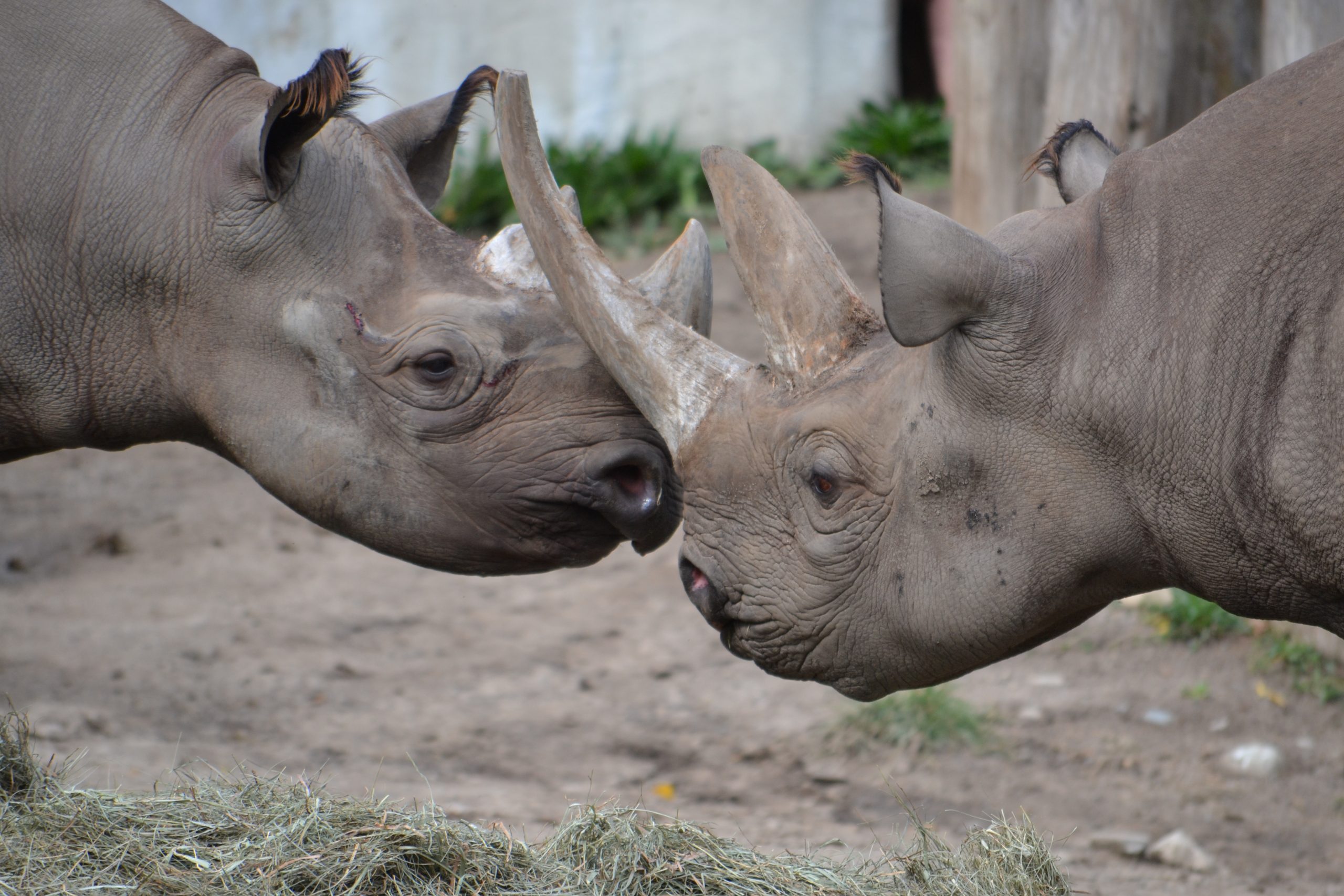 Only 55 eastern black rhinos are cared for at AZA accredited facilities, and there remains a scant 5,400 individuals left in the wild. In the face of interminable threats such as poaching and habitat loss, maintaining a sustainable and healthy breeding population is critical.  Earlier this year, it was announced that a breeding match for Jaali had been identified by the AZA’s Species Survival Plan. A young female, from Cleveland Metroparks Zoo, will meet Jaali at their new home, The Living Desert Zoo, later this fall.

Along with Jaali’s move, the SSP also recommended Doppsee and Phineus continue breeding in the hopes of producing another black rhino calf.

“Jaali’s captured all of our hearts over the past two years,” said Animal Care Supervisor Pat Fountain. “Not only are we excited for his future, but also for the continued black rhino breeding program at Potter Park Zoo.” 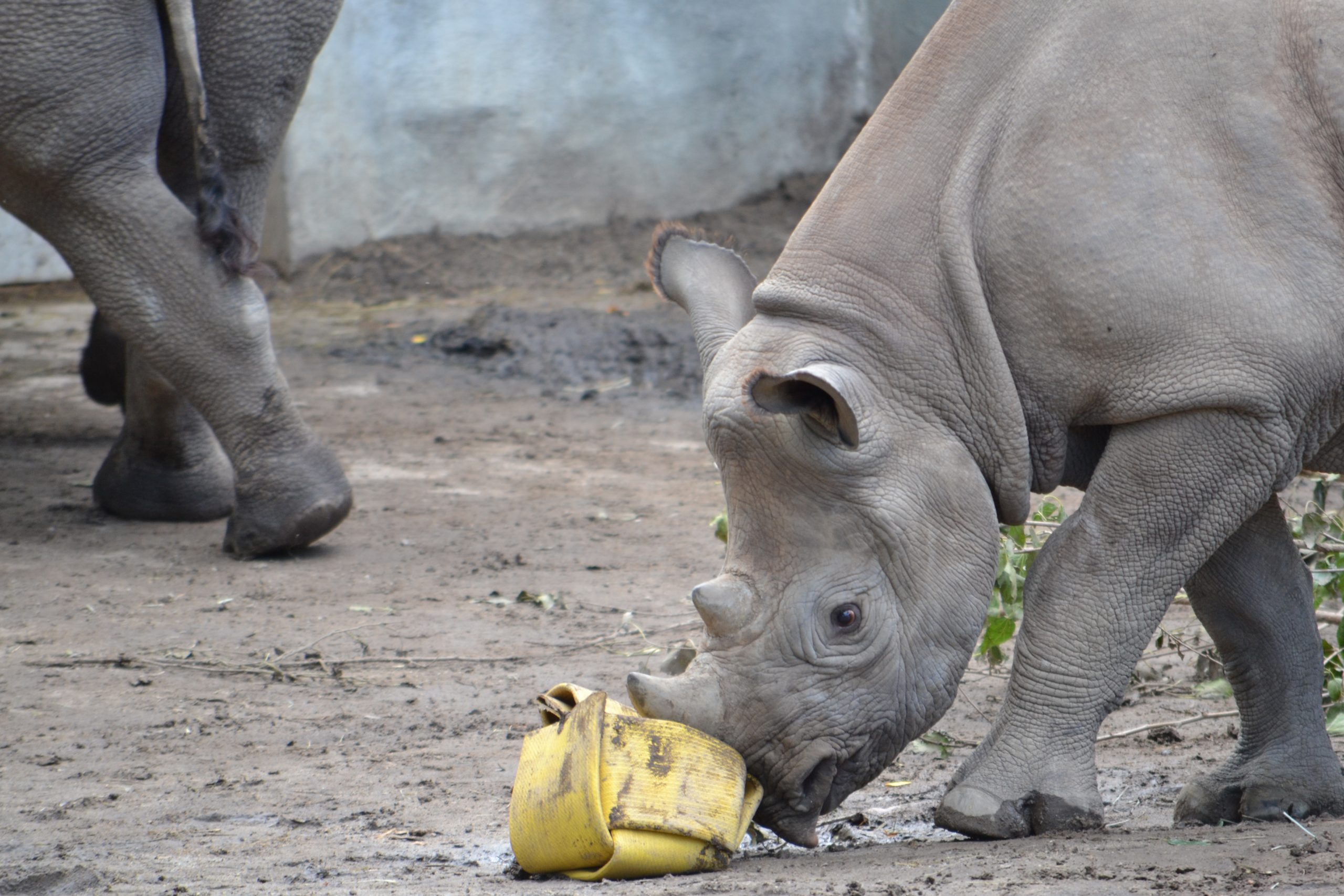 As Jaali readies for his next chapter, Potter Park Zoo will be holding a going-away party this weekend, Oct. 2-3, giving fans a chance to reflect on his best moments at Potter Park, and to see him in action one last time. During the event, zookeepers will provide rhino enrichment every two hours, starting at 10 a.m. and ending at 4 p.m. Interactive education stations will also be available, along with a special banner for guests to sign.

“Whether you’ve been following Jaali’s journey from the beginning or want to meet him for the first time, this is the opportunity you’ve been waiting for,” said Wagner.