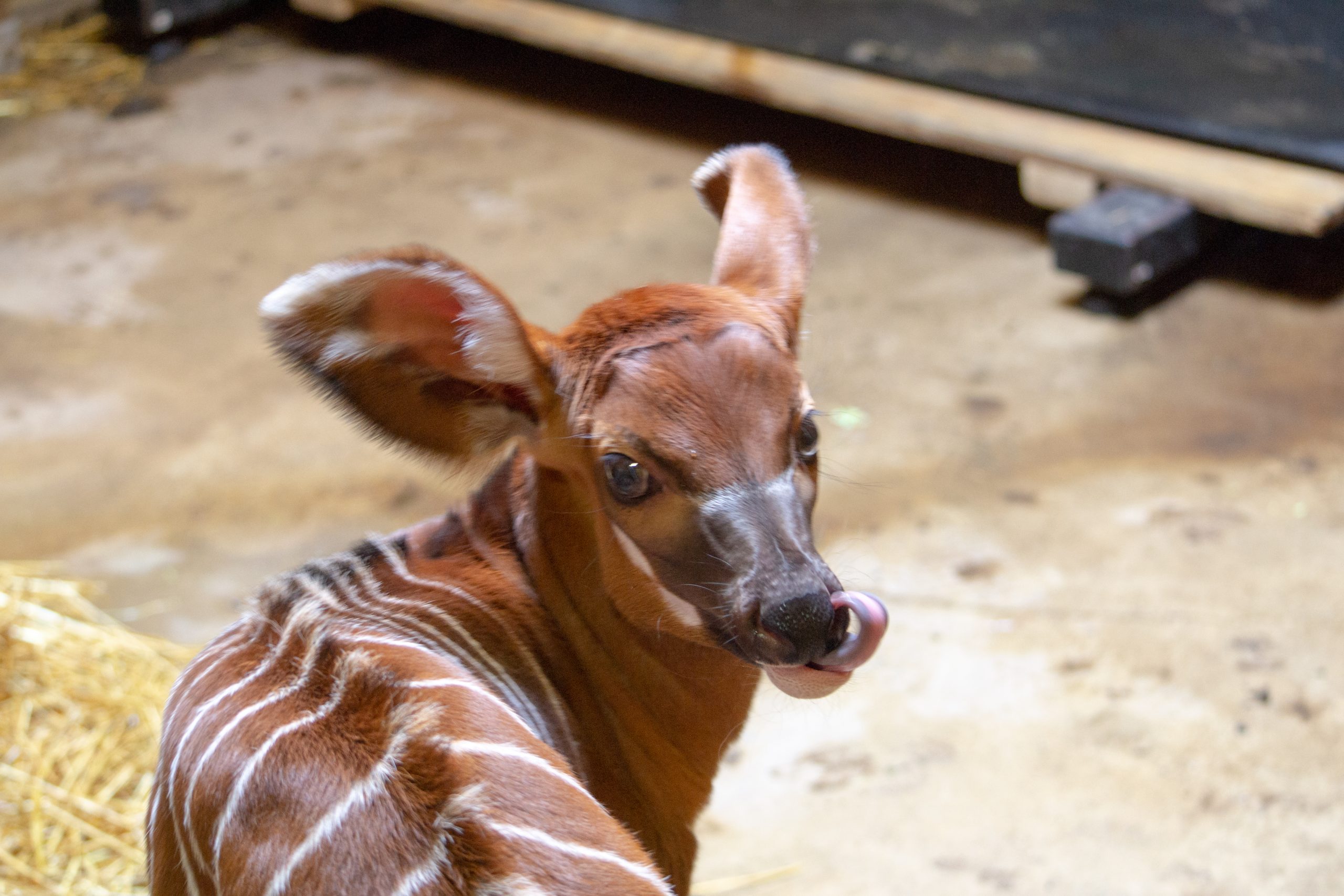 Potter Park Zoo is excited to announce the birth of a critically endangered eastern bongo calf! Delivered the afternoon of Tuesday, March 8, the yet-to-be-named female marks the first bongo birth at the zoo since 2014, and the fourth in its history.

“It’s been eight years since the zoo welcomed an eastern bongo calf. This is an exciting occasion for  the entire staff” said Animal Care Supervisor Pat Fountain. “We are proud to contribute to this rare population and hope zoo visitors will enjoy watching the bongo family this spring”.

Bongos are among the largest and most striking members of the antelope family, standing up to four  feet tall at the shoulders and measuring over eight feet in length. Large, outward-facing ears illustrate their adaptation for excellent  hearing, necessary in thick forest where sight may be limited. Both males and female bongos grow long spiraling horns, though the calf’s won’t start growing for a few months. This is an uncommon trait amongst antelope species, where horns tend to be male-exclusive. 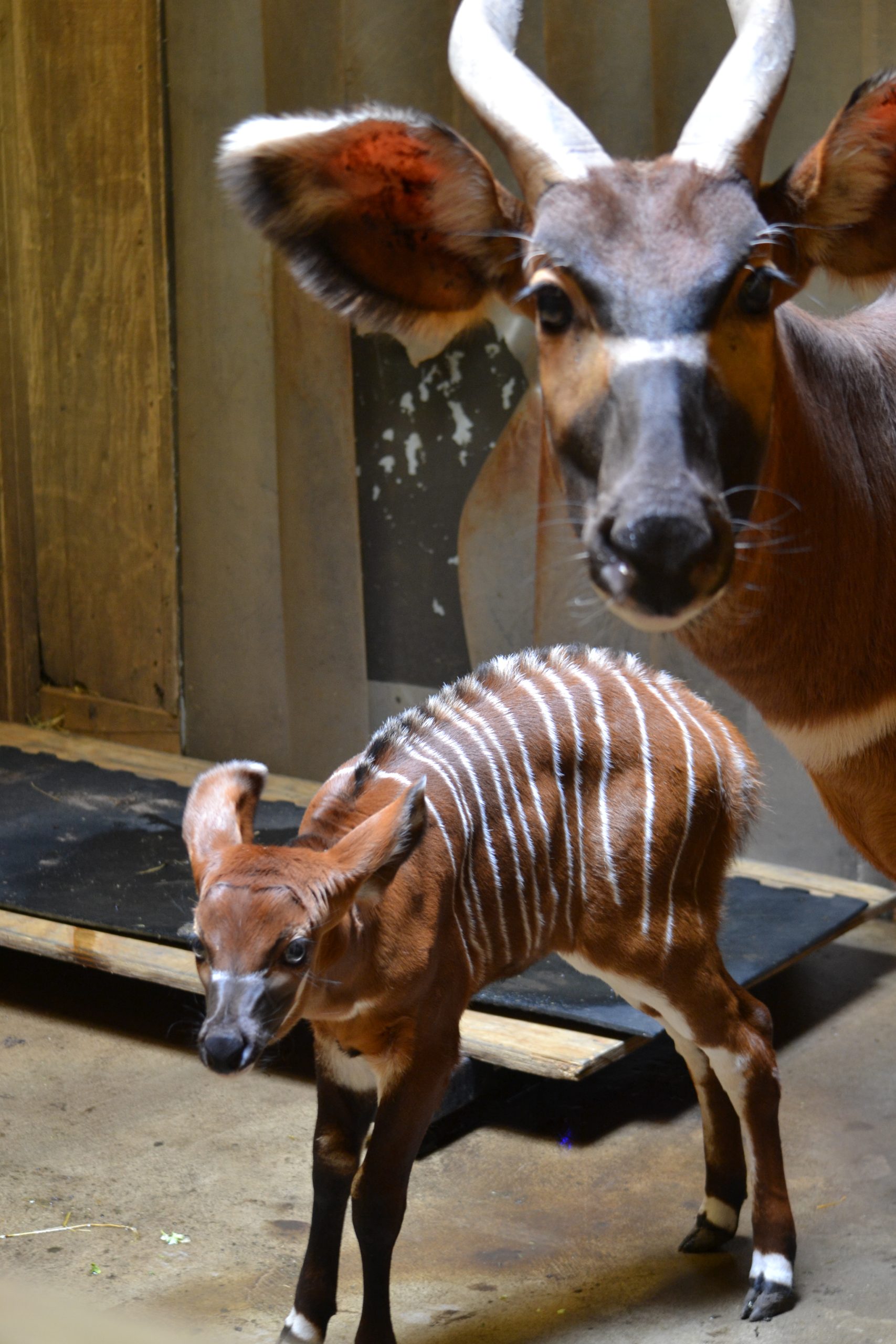 The calf’s parents, Maverick and Uzuri, were paired as part of the Association of Zoos and Aquariums (AZA) Species Survival Plan (SSP), which oversees only a handful of eastern bongo births each year. In total, approximately 300 eastern bongos reside in AZA accredited zoos across the nation. In the species’ remote mountain territory of central Kenya, populations are are rarer still. Only around 100 eastern bongo are thought to remain in the wild, and their ornate horns and striking orange coat make them an ongoing target for hunting and poaching.

“With such a precarious situation for this species in the wild, the importance of captive breeding populations to help keep this species from going extinct is increasing and we are excited that Potter Park can contribute to this effort.” said Potter Park Zoo’s Director of Animal Health Dr. Ronan Eustace.

For now, the calf is indoors with mother Uzuri. Animal care staff report  the calf appears healthy and is gaining weight. Watch Potter Park Zoo social media for news on an upcoming naming contest and for updates when the calf will venture into the outdoor exhibit.